Subscribe
Back to news
news
Art and design
Doping
Racing 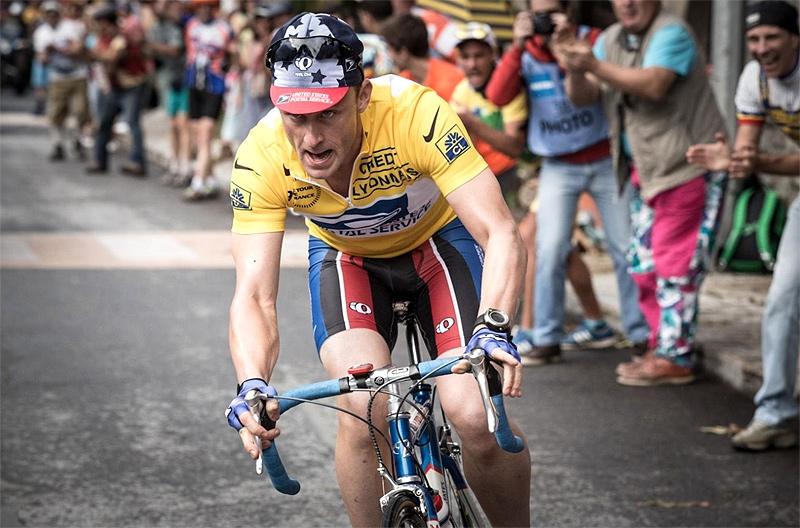 The actor who plays Lance Armstrong in the upcoming Stephen Frears film, The Program, has said that he took performance-enhancing drugs as part of his research for the role. “I don’t want to talk about the names of the drugs I took,” said Ben Foster. “Even discussing it feels tricky because it isn’t something I’d recommend to fellow actors.”

Foster seems committed in his preparations for the roles he takes on. He even spent time living rough on the streets of Los Angeles ahead of a minor part as a homeless, disabled veteran in Rampart.

Speaking to The Guardian about his latest research, he said: “These are very serious chemicals and they affect your body in real ways. For my own investigation it was important for me privately to understand it. And they work.”

Foster said that doping affects the mind as much as the body, adding that he felt the effects when he was off the bike as much as on it. “It doesn’t make you feel high. There are behaviours when you’ve got those chemicals running through your body that serve you on the bike but which, when you’re not…”

Referring to the ‘fallout’ from this, he said: “I don’t know how to separate the chemical influence from the psychological attachment I had to the character. If it’s working, it keeps you up at night. This is losing your marbles, right? They’re definitely rolling around. They’re under the couch but they’re retrievable.”

As well as his ‘preparation,’ Foster said he also did his best to mimic Armstrong’s riding style. “I talked to people who had the aerodynamics of his body on a computer system so I could get the hump in the back, the heels slightly out. It’s almost a duck pedal. It’s not a delicate ride. It’s violent, which is also why he’s such an exciting rider. It’s like he wants to break the bike.”

Asked why he chose Foster to play Armstrong, director Stephen Frears said: “Leo Davis, who casts all my films, suggested him. When I met Ben, he didn't know what the project was about.

“When I told him, he leapt onto the couch and went into one of Lance's poses, underneath his seven yellow Tour de France winner's jerseys. It was incredible. And then he did enormous training to make himself physically like Lance — pro cyclists are so incredibly skinny. He was phenomenally disciplined.”

Foster said that the training demanded of him gave him new-found respect for professional cyclists.

“Those guys suffer in a very specific way. It was really interesting to spend time in that community. I had no idea what it took to push the body that way.

Foster’s next role will apparently be as a wizard in the upcoming video game adaptation, Warcraft.