New carbon Scultura is another star of the show, with most prices held from 2015
by Mat Brett

Merida revealed its 2016 range at Eurobike last week and most of its prices are being held over from this year. Where prices have gone up, they’ve been accompanied by upgrades to the spec so you’re getting killer value in some area.

Here are the range highlights.

We told you back in May that Merida had redesigned its lightweight race bike, the Scultura.

I know you’re busy so here are the claims Merida makes about the fourth generation Scultura in a handy bullet point format:

• It retains the stiffness and aggressive handling of the previous version
• Improved compliance for more comfort – 30% more comfort, according to Merida.
• A 750g frame weight and a 1,000g frameset weight
• Improved aerodynamics
• Allows the use of 25mm tyres

If you want more details, go to our previous story or check out our First Ride on the Merida Scultura Team. It really is a responsive bike. 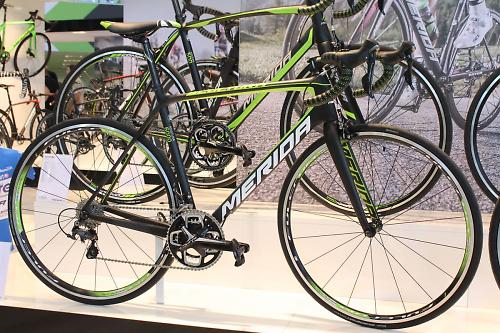 The most affordable Scultura with the new frame is the 6000. It’s priced at £2,300, so it’s hardly pocket money, but that gets you Shimano Ultegra shifters and derailleurs, an FSA Gossamer Pro compact chainset, and Fulcrum Racing 7 wheels. 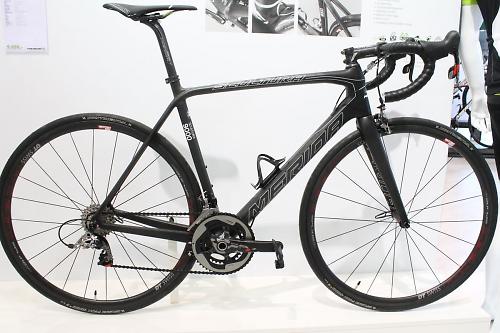 If you have £7,500 to spare you might consider the Scultura 9000. Check down the back of the sofa – you never know. This is bedecked with some highly desirable parts including DT Swiss Mon Chasseral wheels and a SRAM Red groupset. We’ve a feeling Merida isn’t hoping to sell too many of this one. 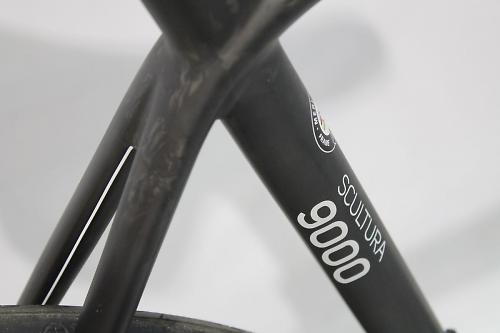 Merida has ditched the aluminium Sculturas from the range but there are two carbon models that use the third generation Scultura frame – still a very, very good design. 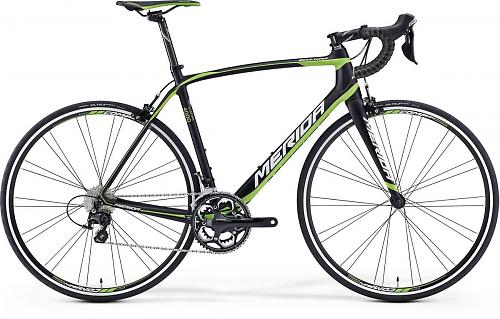 The cheapest of these is the Scultura 4000. It’s equipped with Shimano 105 shifters and derailleurs and Merida’s own wheels that are shod with Continental Ultra Sport tyres. It looks good value at £1,350. 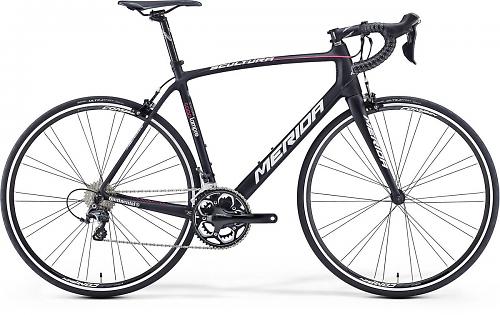 Go to £1,600 and you can get the Scultura 5000 – the same frame and fork but with Shimano Ultegra shifters and mechs. Again, that sounds like a good package for the money.

The Reacto is Merida’s aero road bike range. The Team Lampre-Merida pro riders use Reactos most of the time, switching to Sculturas when lightweight is important in the mountains.

For the full story on Reactos, go to our article from last year. 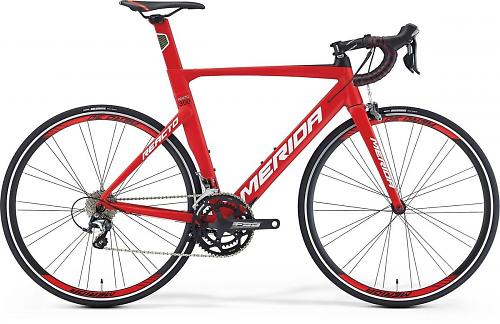 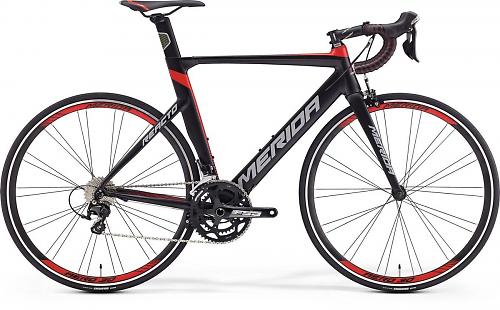 Merida has slotted a second aluminium Reacto into the cycle to work scheme-friendly £999.99 slot. The Reacto 400 comes with Shimano 105 shifters and derailleurs, an FSA Gossamer 52/36T chainset, and Merida’s own wheels. That’s a lot of bike for your cash. 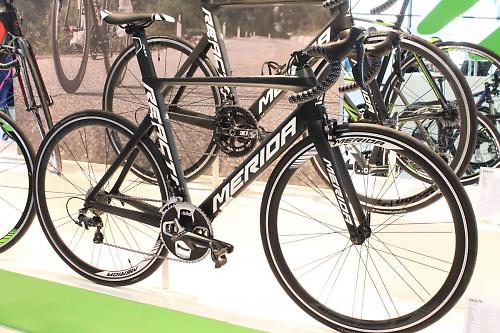 There are more carbon Reactos in the range than previously, starting at £1,700. The one that jumps out at us in terms of value is the Reacto 5000 at £2,000. It’s equipped with Shimano Ultegra shifters and derailleurs, Shimano 105 direct mount brakes, and Fulcrum Quattro 35 wheels (the wheels on the bike shown here aren’t the correct ones).

Ride is Merida’s endurance range… kind of. In terms of geometry it actually splits the difference between a standard race bike and an endurance bike.

We reviewed the Ride 5000 here on road.cc earlier in the year. 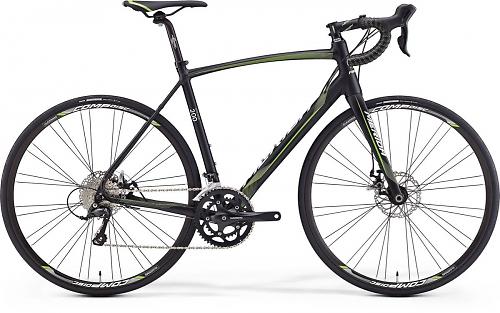 The cheapest of the aluminium models is the Ride Disc 200 at £799.99. The brakes in question are TRP’s Spyres, while shifting comes courtesy of Shimano’s Sora groupset. 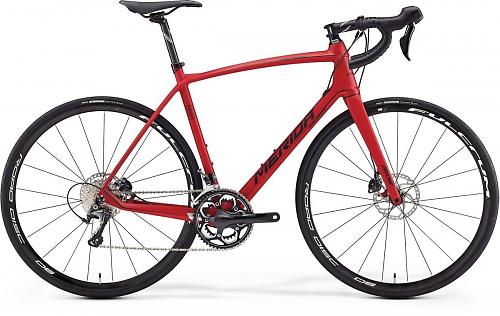 Go right to the top of the range and the full-carbon Ride Disc 5000 (£1,950) is built up with Shimano 105 levers and RS785 hydraulic disc brakes. The derailleurs are Shimano Ultegra and the wheels have been upgraded this year to Fulcrum Racing Sport. 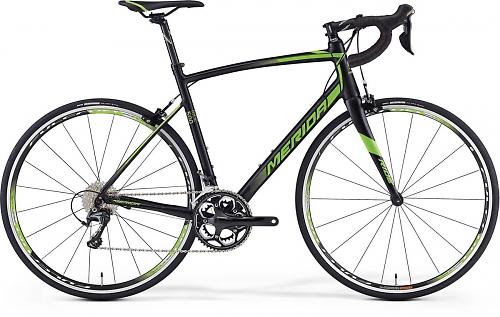 If disc brakes don’t do it for you, the calliper models look equally good value. The Ride 500, for example, is built around a 6066 triple butted aluminium frame and a full carbon fork. It is fitted with Shimano Ultegra shifters and derailleurs. We’ve not ridden any of the alu Rides so we can’t comment on the ride quality. 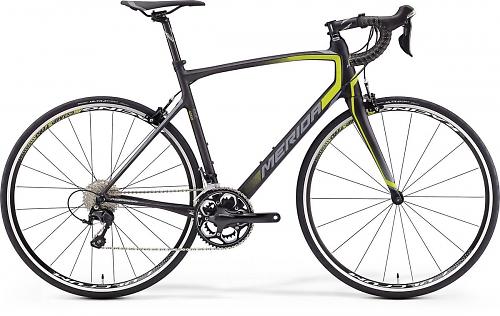 If you want to jump to a carbon frame, the most affordable option is the £1,500 Ride 4000 with Shimano 105 shifters and derailleurs and Fulcrum Racing Sport wheels. 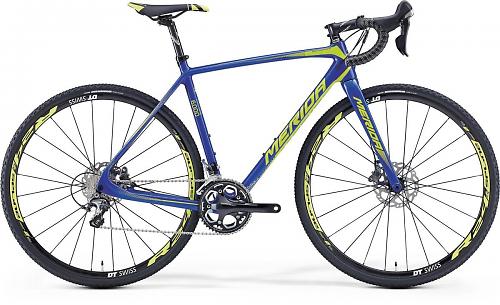 Merida has largely targeted the cycle to work market in the UK with its cyclocross bikes before but the Cyclo Cross 6000 is a race bike with a full carbon frame and fork, both thru-axle. It is fitted with Shimano RS685 hydraulic disc brakes and DT Swiss R24 Spline wheels. That little lot will set you back £2,200. 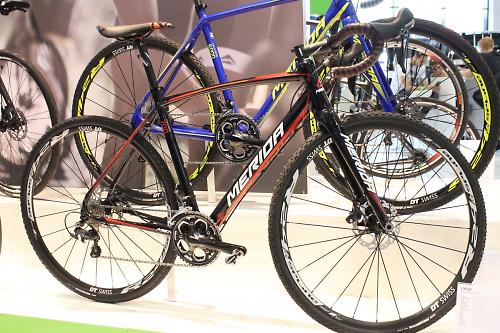 The Cyclo Cross 5000 is built around the same frame and fork but it has an entirely different spec that includes TRP Spyre mechanical disc brakes and Shimano 105 shifters and derailleurs.

Although these are race bikes, they come with hidden mudguard mounts. 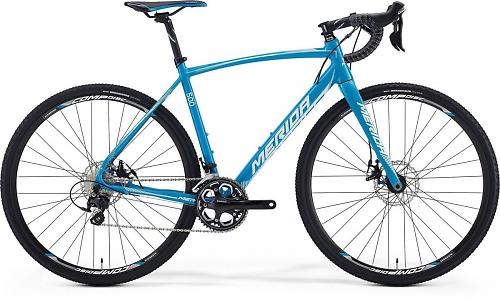 The aluminium Merida Cyclo Cross 500 (£999.99) that we reviewed here on road.cc recently now comes in this very neat blue finish.