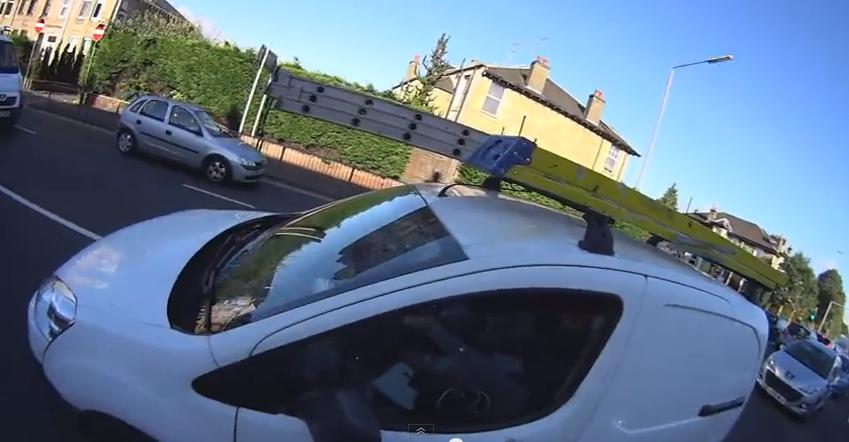 So distracted by abusing cyclist after close pass, van driver rear-ends another car
by Sarah Barth

You might even call it karma… a new video shows the moment that a driver having a row with a cyclist who accused him of cutting him up becomes so riled he rear-ends the car in front.

David Brennan, a helmet-cam cyclist, videoed the moment a van driver cut him up, and decided to speak to him about it as they travelled along Crow Road in Jordanhill, Glasgow.

In the video, entitled, ‘Ooops’ -What happened to the white van driver when he abused a cyclist?, Mr Brennan also captured the moment the white van hit the back of a car in front.

After the crash, someone off-camera shouts: 'Oh for f*** sake'.

In the film, the van overtakes Mr Brennan, who is heard shouting: “No! Are you serious?

“Goodbye. Jesus, what an idiot!'

Once the van hits the car in front, Mr Brennan assures its driver: “Mate, I've got it on camera, so I'll be a witness.

“Mate, he was actually busy shouting profanities at me at the time so he wasn't paying attention.'

The van driver says to the cyclist: “Jog on. You're weaving in and out of the traffic out there causing all sorts of problems.”

But Mr Brennan has the last word, saying: “You were shouting abuse at me and went into the back of somebody.”