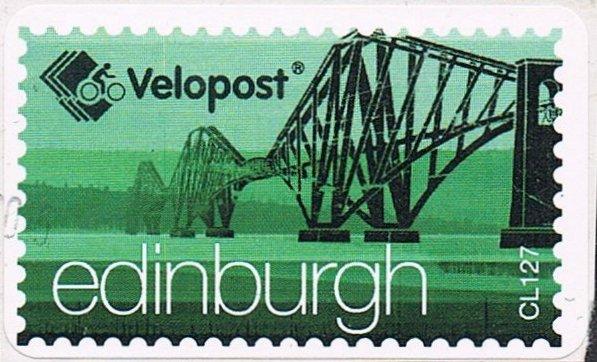 A bike post company has seen its Edinburgh deliveries double in its first year, and it's showing no signs of slowing.

Velopost, which started in Bristol in 2011 and now has operations in Edinburgh and Bath too, will also be expanding to Glasgow. It now delivers 12,000 items per month in Edinburgh, a figure which is still growing 20% per month.

The company is proving popular as it's up to 33 per cent cheaper than conventional services, and is now having to take on more staff to cope with demand.

He said: “We have more than  doubled the collection volume we are carrying and the business has grown rapidly in the last six months.

“It’s starting to get a bit more notice.

“There has been a good uptake and we are getting a lot more interest from local businesses and health services. There’s quite a variety of people using the service, including charities and schools.

“The more letters you deliver the more people hear about you and ask about you.”

Its Edinburgh operation now employs 28 people and has a turnover of £2.5m. Broadway plans to introduce electric cars to the operation but insists the company will stay away from fossil fuels as much as possible.

He said: “Using no fossil fuels is central to the ethos of the business and everything we do. Our aim is to keep fossil fuels out of it completely.

“In 2012, the Royal Mail recorded that they were using over 200 tonnes of diesel every year in their delivery operations.

“We are trying to prove that we can deliver mail sustainably without sacrificing our business efficiency.

“We are trying to prove it is possible to do both. People can feel good about what they are doing environmentally by using this service and they can also save money. It’s a win win.”

The company has its own stamps peculiar to each city it operates in and is inviting Edinburgh customers to come up with a design to celebrate its first anniversary.