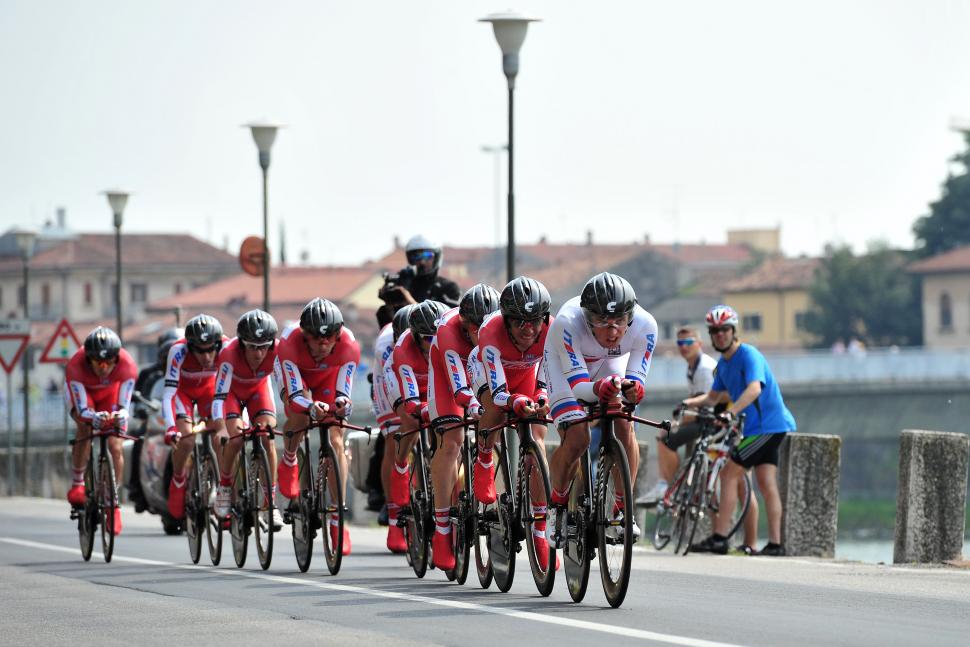 Katusha, already without the services of the suspended Giampaolo Caruso for the Vuelta which starts tomorrow, has lost two more of the riders due to race for it at the Spanish Grand Tour.

Now Russian riders Yuri Trofimov and Egor Silin are reported to have been thrown off the team due to an alcohol-related incident in Brazil earlier this week.

According to a report on the website of Belgian broadcaster Sporza, what caused them to be dropped from the Vuelta squad was that they were drunk at the airport ahead of boarding their flight from Brazil back to Europe.

It’s not the first time riders getting drunk have found themselves in trouble with team management at the Vuelta.

In 2010, then Saxo Bank riders Andy Schleck and Stuart O’Grady were booted off the race by team manager Bjarne Riis after he found them drinking at the team hotel after hours, with a stage due to start several hours later.

Shortly afterwards, it was revealed the pair would be joining the Leopard-Trek team that made its debut the following season.

Likewise, Trofimov is unlikely to lose too much sleep over the punishment meted out to him by his team’s management – just this week, it was confirmed that the Russian champion is headed to Tinkoff-Saxo next season.

He had himself been called up as a replacement for Caruso, who was provisionally suspended by the UCI this week after a retest of a sample originally taken in 2012 resulted in an adverse analytical finding for EPO.

Trofimov and Silin will be replaced by Tiago Machado and Gatis Smukulis.