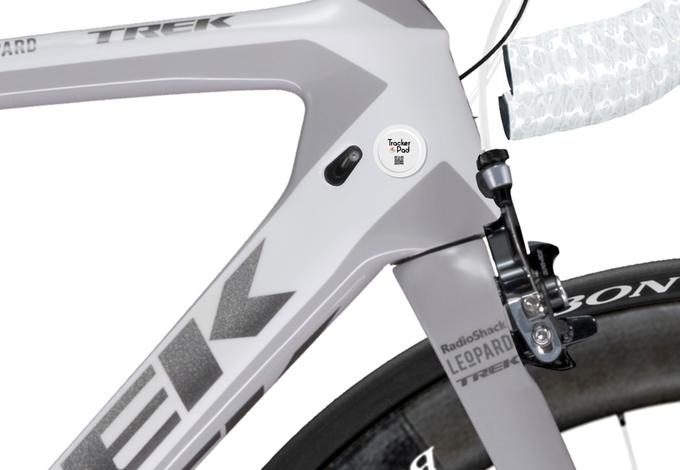 But is it genuine? Kickstarter community questions whether it can really be made
by Alex Bowden

The creators of a new tracker sticker, which is said to be able to pinpoint the location of a stolen bike to within 2.5m, are appealing for funding via Kickstarter. However, a number of comments on the crowdfunding website question whether the product is genuine.

The TrackerPad, which purports to be around the size of a ten pence piece, can also be applied to other items – with one suggested trackable item being ‘children’. It is said to come with a built-in SIM and once you have scanned the QR code on the sticker with your mobile, you can subsequently track its location using an app. There is also a geo-fencing function which allows you to set boundaries so that if your bike moves beyond them, you will receive a notification.

The battery can last for up to seven days on a single charge and charging is carried out wirelessly via an induction pad. TrackerPads are also waterproof and in fact if you need to remove one, the sticky surface is reactivated by applying water.

Whether or not this is the best tracker for bikes is debatable. It could, presumably, be easily removed by any thief who spotted it and knew what it was, whereas other GPS bike trackers rely on concealment to ensure their effectiveness. There also seem to be major doubts about whether the creator is genuinely able to produce the product with many comments on the Kickstarter page questioning how the device would work.

The TrackerPad does appear to be surprisingly affordable. The Kickstarter campaign is offering five for £45 and the creators suggest a number of alternative uses, including on wallets and bags – and even for pets and children. At the time of writing, the campaign had raised around £39,000 of a £100,000 target.