Mavic’s Ksyrium wheelset was first launched in 1996 and it has continued to evolve over the years, and for 2015 Mavic has given this popular wheelset a wider rim profile. There’s a big trend towards wider rims and tyres but the French company has been slow to adapt to this change.

For the £500 Ksyrium Elite wheels, Mavic has completely redesigned the rim profile. It has increased the internal rim width to 17mm, a 2mm increase over the previous version. That’s an improvement but it’s still a conservative width increase, at least compared to the near 20mm wide rims on the Spin Koppenberg wheels I tested previously. 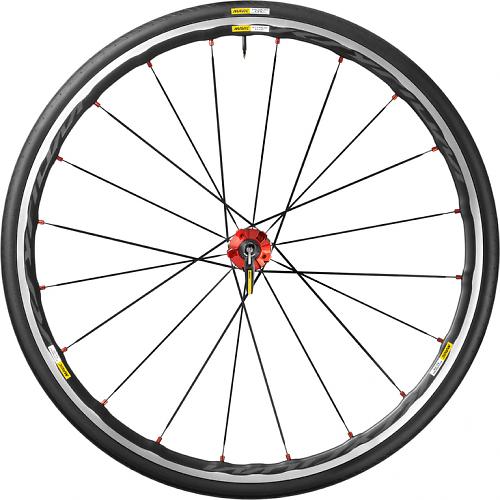 The rims are designed to be run with 25mm tyres (they’re supplied with 25mm tyres) a setup which Mavic tell us increases the air volume by 18%. The benefits of this increased air volume, according to Mavic’s data, is a 13% reduction in rolling resistance, greater comfort as tyre pressures can be lowered by 20psi, and improved puncture protection as there’s a bigger gap between the road and edge of the rim.

The new rim is manufactured using Mavic’s patented ISM4D technology, where excess material on the rim between the spokes is removed. The company claims the wider rims carry no weight penalty compared to the previous Ksyrium Elite rims, with a claimed 405g rim weight. The complete wheelset comes in at 1,550g (without tyres). 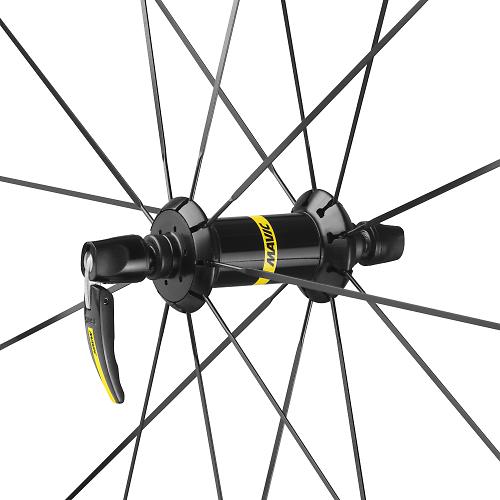 The updated wheels will be packaged with 25mm Yksion Pro tyres, a Griplink tyre on the front with a softer compound and Powerlink on the rear with a tread pattern designed to increase rolling efficiency. The tyre weighs a claimed 210g.

The improvements are cosmetic too, Mavic has also given the wheels a new finish with a combination of matt and glossy decals available in three colours - black on black, black with red highlights or black with blue highlights. The wheels are available now and cost £500. More at www.mavic.com/wheels-road-triathlon-ksyrium-elite