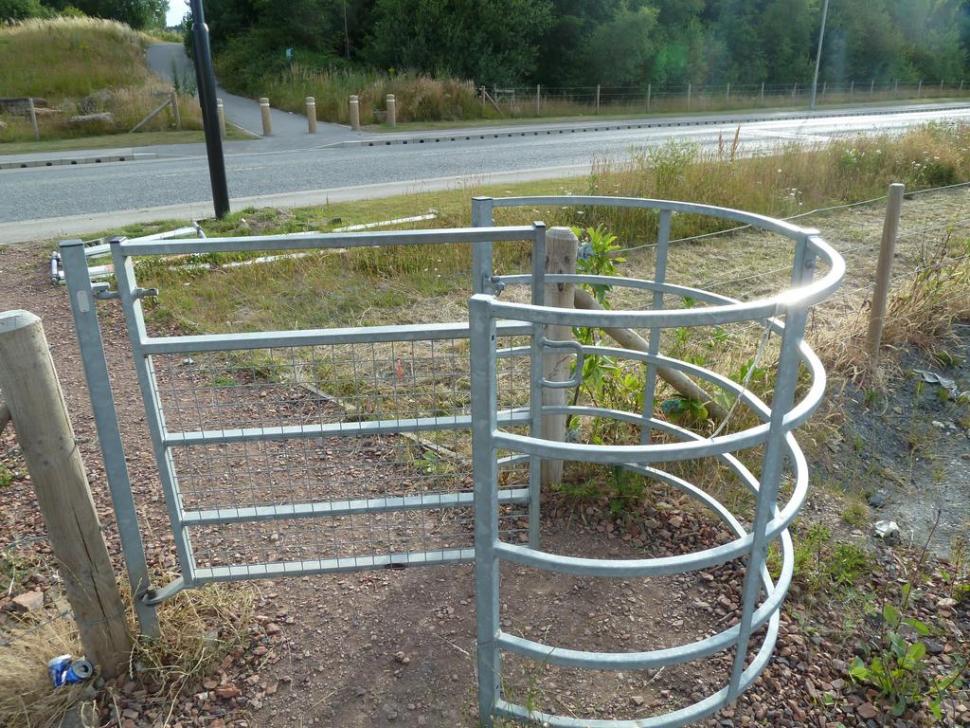 A chicane on a popular Hackney canal-park route and a cycle route in a new town near Rotherham you can't get a bike through...
by Laura Laker

This week we saw Giant-Alpecin rider Warren Barguil dodge a chicane made of cows on stage 11 of the Tour de France, but elsewhere regular cyclists are expected to do the same every day on routes supposedly designed for bikes.

Those wanting to use a new cycle link on a new housing estate in Waverley, near Rotherham, will have to cross a main road without drop kerbs, before being blocked by a kissing gate.

In Hackney on a popular cycle route between the canal and park, reportedly used by families with cargo bikes, a chicane appeared last week because "a small minority" of cyclists were cycling at speed along the pavement.

Installed in Victoria Park today at what (was) a well used entrance for families on cargo bikes coming from the canal pic.twitter.com/RHRMVcRLzL

The chicane was installed at the St Marks Gate entrance to Victoria Park, according to one local councillor, because "a small minority" of cyclists were using the pavement.

Frustrated by the move, local cyclists have suggested alternatives, one of which could include opening the park's massive gates for cyclists, rather than forcing riders onto the pavement with pedestrians.

Meanwhile, cyclist Matt Turner expressed dismay at the cycling provision on a new housing estate in Waverley, near Rotherham, including a kissing gate with a 2ft gap you can't get a bike through. He called it 'incredibly depressing' that even with a blank slate - the entire town is brand new - the UK is making the same mistakes of the past 40 years.

Without drop kerbs, riders unable to bunny hop will have to stop while crossing the main road and lift their bikes onto the pavement.

Turner, who lives in nearby Sheffield, told road.cc he went to see if people could live in the new town without a car. A new cycle route runs from Sheffield to Waverley, paid for by the council, but when the route gets to the housing estate a kissing gate blocks cycles from entering.

He said: "I found it incredibly depressing - we are just making the same mistakes we have been making for the last 40 years."

"On the developer's side of Waverley it is a gravelly track and then you get to the 40mph trunk road and then you are expected to dismount or rejoin the carriageway. No-one is going to do that - they are going to drive".

"It is unbelievable that we are still designing neighbourhoods like this when we have got blank slates. It seems to be that what we are doing at the moment on new estates is putting cycling in pedestrian environments without realising the bigger benefits of unravelling the routes - rather than putting the cycle track and foot path in the most direct route we have trunk roads."

The CTC's Sam Jones told road.cc this week the UK needs design standards to "rule out the conflict that you get between vulnerable road users".

"We need national design standards, rather than having every council coming up with their own design standards, the only people who are benefiting from that are the consultants, it is not cyclists," said Jones.

Here's a tricky one in Manchester - courtesy of the Mad Cycle Lanes of Manchester blog. 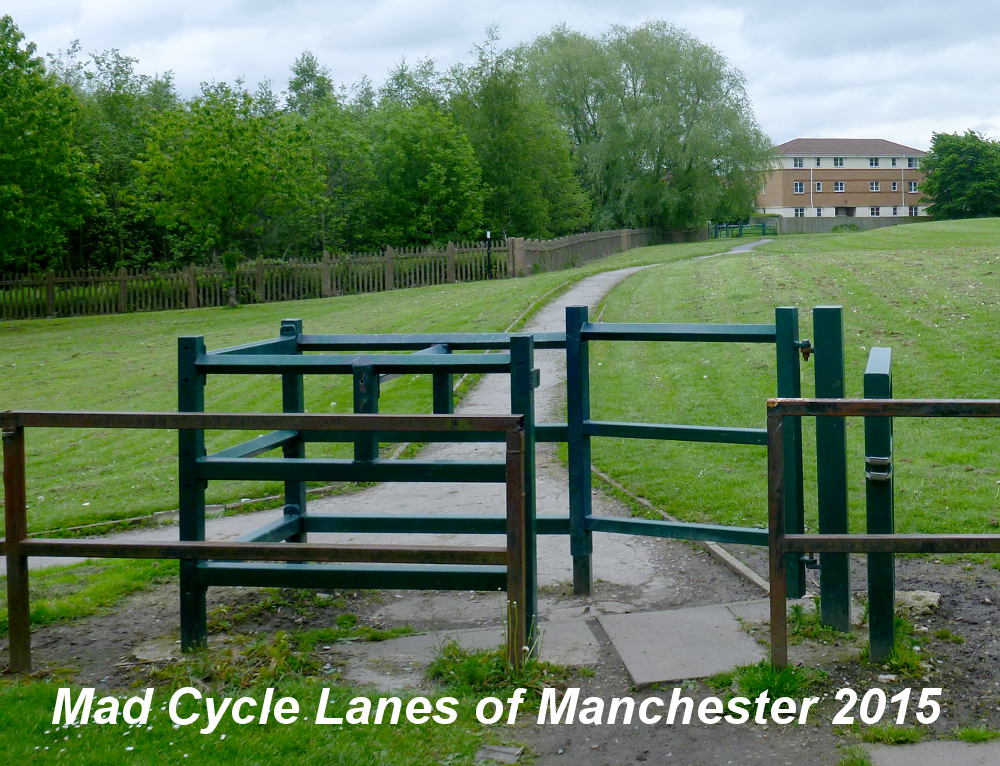 Poorly thought out chicanes appearing on your patch? Share your rubbish cycle infrastructure in the comments section, below.

And here's the cow video, in case you missed it.