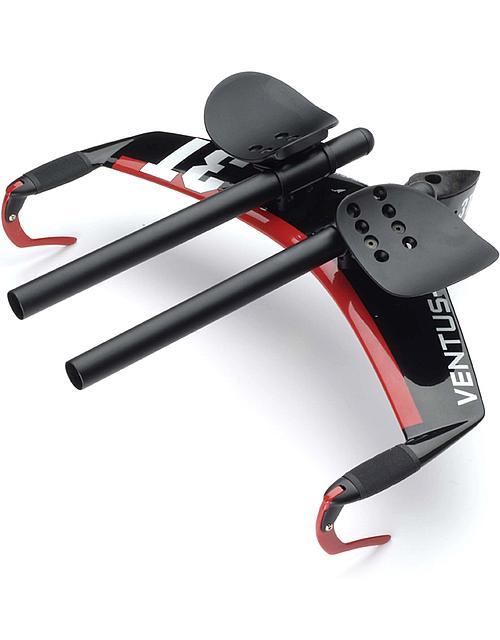 3T has issued a voluntary worldwide recall of its Ventus aerobar "the most radical aerobar ever made" used by the likes of the Cervelo Test Team and Team Milram. all versions of Ventus are affected including the Ventus Team and the Ventus Ltd are affected. 3T already has a fix kit ready to send out to all Ventus owners

The recall was issued after consultation with the US Consumer Product Safety Commission following reports of two incidents where the rubber handgrips on the aerobars loosened or came off during use causing the riders to crash - according to the CSPC neither were seriously injured.

According to 3T the problem can occur "When the bar is used in humid, wet, or salty conditions". 3T has already devised a fix for the problem – redesigned grips and new adhesive which will be sent to all affected  Ventus aero bar owners. In the meantime if you have a set of the bars the company advises that you stop using them immediately and contact the company through their website at www.thenew3T.com/ventus recall so that they can send you the fix kit.

Ventus owners then have the choice of either fitting the replacement grips themselves or taking them to their local 3T dealer to do it for them, free of charge. Fitting the new grips involves removing the brakes levers but all l replacement grips kits will come with detailed fitting instructions (also available online) for those that want to do the job themselves.

“We realize this is inconvenient for you,
and we’re truly sorry to put you to the trouble. But it’s better to be safe than sorry.

“Two US owners reported having an accident when their grips slipped – fortunately they suffered only minor abrasions. 3T has always insisted safety is paramount, so we’ve put this worldwide recall program in place right away, so you can get going again on the bike with the least disruption to your cycling plans.

“From the safety point of view, we would prefer the certainty of having 3T dealers fit the replacement grip kit. But we know that for some VENTUS owners, taking your bike to a dealer is inconvenient.

“Many of you are competent mechanics perfectly capable of fitting a pair of replacement grips, and would prefer to do it yourself. That’s why we’ve decided to supply the replacement grip kit direct to owners. You can choose to fit it yourself or take it to the bike shop. Either way, you pay nothing.”

You can read the full CSPC recall notice here.