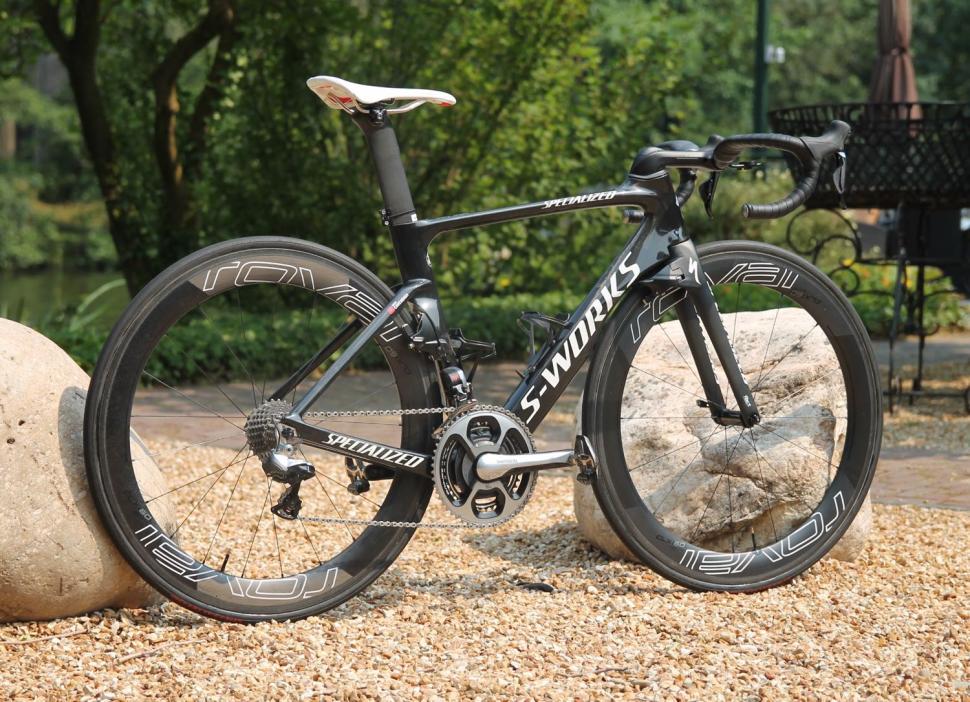 You can’t accuse UCI commissaires of lacking a sense of humour, or bravery – yesterday evening, after Mark Cavendish was pipped to the line at the end of an incident-packed Stage 2 of the Tour de France, his was one of five bikes scrutinised for hidden motors.

The Etixx-Quick Step rider had led out the sprint but was overhauled just shy of the line by stage winner André Greipel of Lotto-Soudal, with Tinkoff-Saxo’s Peter Sagan taking second and Fabian Cancellera of Trek Factory Racing edging Cavendish for third to take the yellow jersey of race leader.

According to a report in La Marca, Cavendish’s Specialized Venge was among the bikes that were checked for evidence of motorised doping, which as we reported last week is an issue of ongoing concern to the UCI, and one that was highlighted in the Cycling Independent Reform Commission’s report earlier this year.

Cavendish was criticised by team manager Patrick Lefevere after the stage for easing up as he realised the stage win was beyond him in the final metres – something that almost certainly cost team mate Tony Martin the overall lead, as Cancellara snapped up the bonus seconds for third place.

“I am not happy at all,” said Lefevere. “Probably this was our last chance to take the yellow jersey. Cavendish stopped sprinting and this costs Tony the jersey."

The Manx rider, who is out of contract at the end of the season, was presumably unaware of his team manager’s views when he tweeted after the stage: “Look at this photo. If I could hang on for 3rd, I could hang on for the win ... Some imbeciles think cycling is a computer game. Problem is, social media & TV are platforms for them to be heard.”

He also blamed team mate Mark Renshaw for going to early in the finale, leaving him with 400 metres to ride alone into a headwind with Greipel and Sagan on his wheel.

Cavendish’s reaction to his bike being checked after the stage for a hidden motor isn’t known, but it’s probably fairly easy to guess.