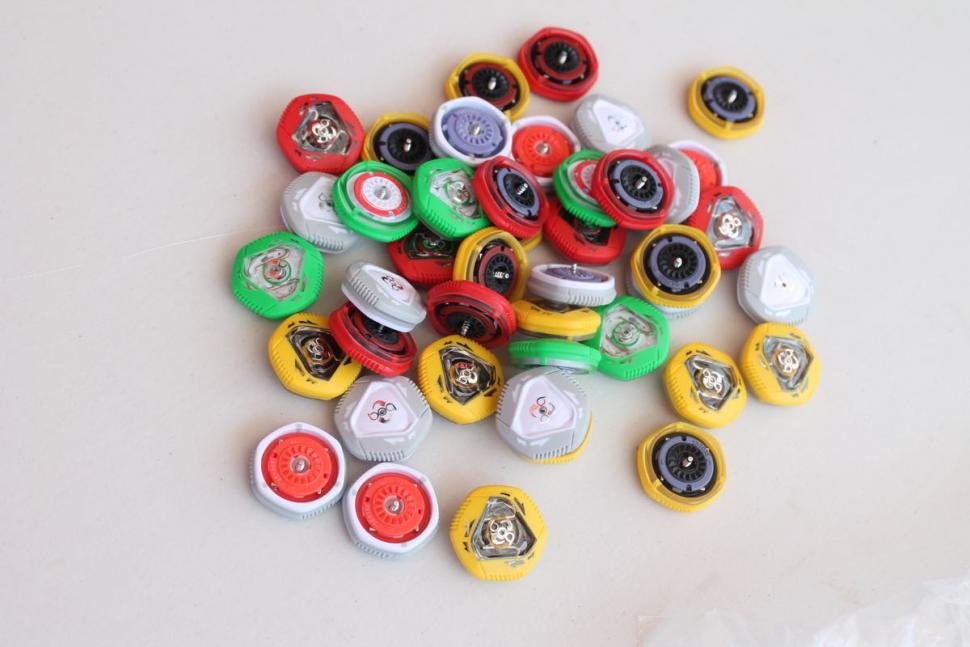 We're in Utrecht waiting for the start of the Tour de France and here are some of the interesting bits and pieces we've spotted the teams and sponsors using.

We bumped into the guys from Fizik who were armed with a bag of Boa dials in yellow, green, red and white (main image) – Boa being a wire lace system that’s found on many shoes. If any rider who uses Fizik footwear ends up in one of the four classification leaders’ jerseys, he can have Boa dials to match. It’s these details that count! There’s no point winning if you don’t shout about it.

Fizik also had a yellow saddle squirrelled away in a different bag, but they wouldn’t let us take a photo of that.

Salvatore from Prologo showed us some new saddles. This is the Zero C3 with Nack (carbon fibre) rails, a carbon-fibre shell, and CPC sections on the upper to absorb vibration and shocks, and also to provide extra grip.

This time trial saddle is called the TGale. It is shorter than normal (240mm) with a lot of padding up front to keep you comfortable when you’re in an aero positions. The most unusual feature, though, is that there’s a red elastomer layer between the carbon-fibre base and the upper, the idea being to provide more comfort by soaking up vibration.

The TGale comes in a standard version and in a model with a cutaway channel down the centre – Prologo labels its saddles with this channel as PAS . Both will be available with areas of Prologo’s CPC material.

Several pro triathletes are already using the TGale. They can fit a bottle cage mount to the rear of the saddle.

TGale saddles will be available in all black as well as in this white/black finish. The launch isn’t until Eurobike at the end of August, so keep it under your hat until then, okay?

Not singing from the same hymn sheet Prologo sponsor IAM Cycling but Reto Hollenstein appears to be on an unbranded saddle from another brand – perhaps San Marco. No disrespect to Prologo but some saddles just fit some riders better than others. 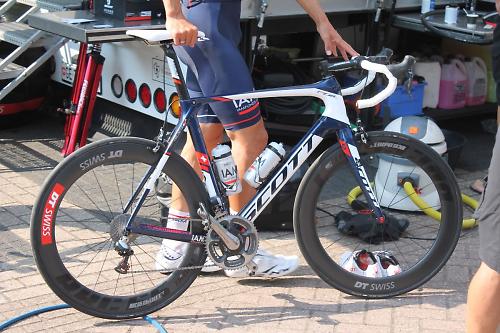 A Specialized. In gold. With Astana blue on the down tube. Who could this bike belong to?

Look closely and you might be able to read the answer: on the wheels it says: ‘Vino Champion Olympique’. 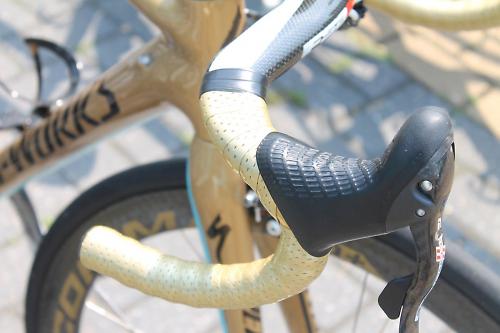 Some teams have shoe sponsors and some don’t. Etixx - Quick-Step clearly fall into the latter category. We spotted shoes from Sidi, Specialized, Bontrager, Louis Garneau, Giro, Northwave on the feet of team members… and there are only nine riders in each Tour de France team. At least they won’t be getting their shoes mixed up on the team bus. The trispoke wheels from Pro will be all over the place in the time trials (there’s one individual time trial and one team time trial this year). They were launched last year but availability has been limited until now. Her'e's a wheel used by BMC, who usually run Shimano wheels. However, this isn't one. It appears to be an unmarked wheel from another manufacturer, most likely Hed. You might have seen Vincenzo Nibali’s shark-themed bike before, Shark being his nickname. FSA produced Nibali’s own range of components in a limited edition after his Tour de France win last year. 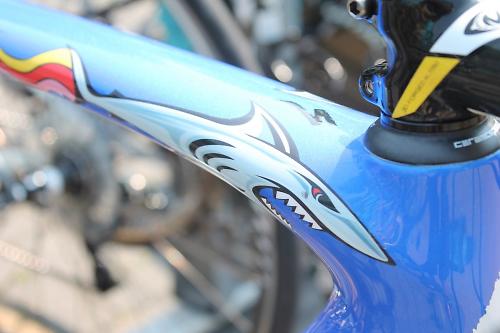 This is something that we spotted stuck to one of the bikes belonging to John Degenkolb (Giant-Alpecin). I met former pro rider Andreas Klier a few months ago and he gave me one of these.

“In April 2011 I was very close to having a horrible accident, but luckily nothing happened. I knocked on the side of my frame as I often do (sometimes on the side of my helmet). I started thinking how nice it would be to have a piece of wood with me, when I am out for a ride. A small piece of wood to stick or hang wherever I want to… to knock on, whenever I feel I need to,” Andreas explains on his website. 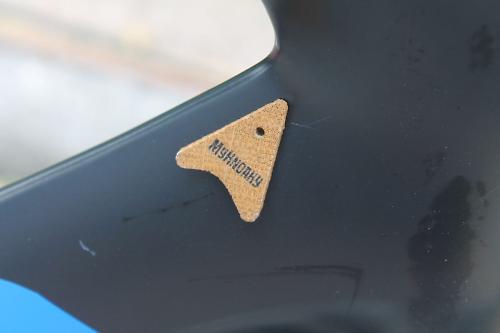 “That was the birth of MyKnoaky. A piece of oak wood, that I designed, small and simple, to put wherever you want to. There are no secrets, no promises behind... it is just a piece of wood!

“With every MyKnoaky you buy, we donate 1 Euro to the foundation Plant-for-the-Planet. This is the exact amount they ask to plant one tree!

Although 17 of the teams in this year’s Tour de France use Shimano components, only seven of them are actually sponsored by Shimano with the rest buying their equipment. Some teams use Shimano products for only parts of their groupsets, with FSA, for example, providing other components. 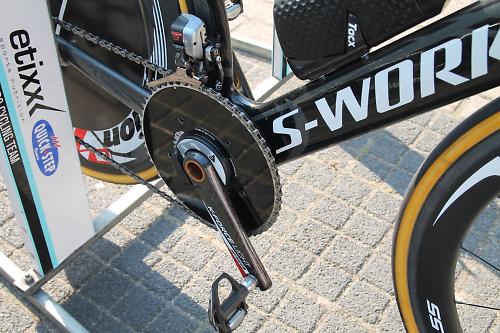 However, Shimano takes the view that if any major mechanical problem occurs on a bike fitted with its products, that reflects badly on the brand, so it offers tech support to all of those 17 teams.

1
“I wholeheartedly disagree with his approach” – YouTube driving instructor Ashley Neal on CyclingMikey
2
Near Miss of the Day 773: Close pass driver sent warning – then “brags they got away with it”
3
Key Bristol cycle lane to be scrapped – because council claims it causes flooding
4
Moriah Wilson murder: Suspect Kaitlin Armstrong ‘fled to New York’
5
“If the weapon had been a knife or baseball bat the driver might be looking at a prison sentence”: anger over hit-and-run driver's assault on cyclist
6
Transgender cyclist Emily Bridges insists she has no advantage over rivals
7
Team GB's Charlie Tanfield struck by motorist in “intentional” hit and run
8
Could a new electronic groupset be coming soon? Plus new stuff from Look, Canyon, MAAP, Smith, and loads more