Canyon has unveiled a brand new Ultimate CF SLX for 2016 at the Movistar base in Pamplona, Spain. The German company claims it's 10 per cent more comfortable with 10 per cent less drag than the previous model, which was ridden to success in the 2014 Giro d’Italia. 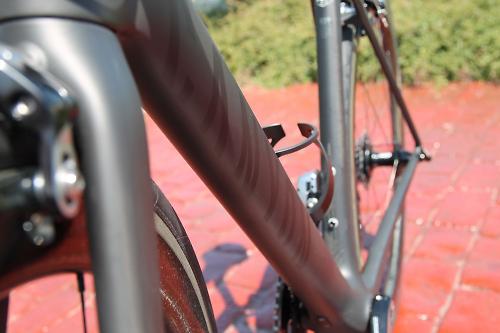 As well as being 10 per cent more compliant and 10 per cent more aerodynamic, the new Ultimate maintains the same stiffness to weight ratio as the previous version. Canyon claims a 780g frame weight and a 295g fork, with a frameset weight of 1,130g. 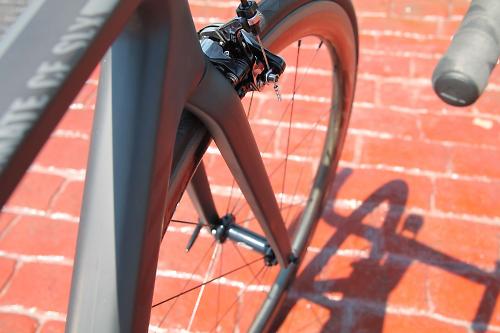 Canyon proudly calls the new bike “engineered perfection”. Stiffness to weight ratio, aerodynamics, industrial design, and comfort have been the four pillars of frame design during a two-year design and development process. It claims a 7.4 watt saving for the frameset and 12.9 watt with the frame and cockpit compared with the previous Ultimate. The new Ultimate for the first time has been enhanced with aerodynamic design. It hasn’t just taken the Trident 2.0 tube profiles developed for the Aeroad, though, as it reckons this tube shape is only really effective above a certain aspect ratio, and not suitable for the Ultimate’s goal.

“Adopting previously developed tube profiles such as Trident 2.0, as used on the Aeroad CF SLX, was not an option as these are only effective when they are applied above a certain aspect ratio, something that was incompatible with the voluminous tube shapes required to achieve our STW targets,” says Canyon. 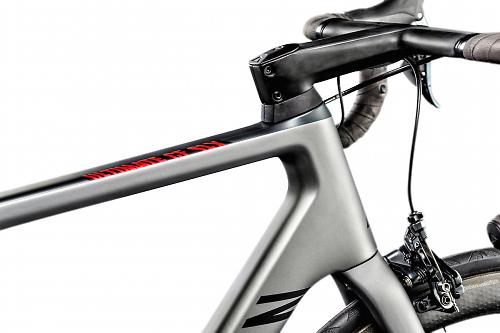 So it developed a brand new tube shape. The D-shape down tube has a narrower and rounder nose profile compared with the previous Ultimate, designed to decrease flow separation by ensuring the air sticks to the tube. The new down tube is narrower which impacts stiffness, so to counter this, Canyon developed a new box section top tube and wider seat stays to provide the necessary frame stiffness. It claims the stiffness to weight ratio is identical to the previous UItimate. 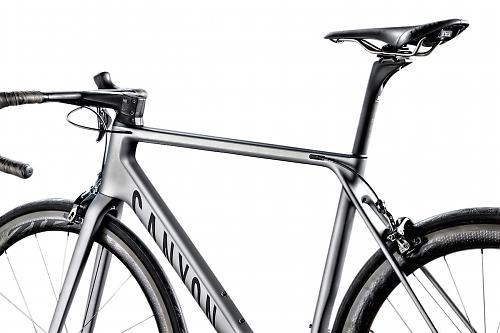 A focus for the new frame has been to reduce the frontal surface area, so it has concentrated on the head tube and fork blades to minimise their cross-section. That’s why it has opted to use a non-tapered 1 1/4in steerer tube, to minimise the width of the head tube and keep it as narrow as possible, helped further by the hourglass profile. That’s combined with a compact Acros headset bearing, as seen first on the Aeroad. 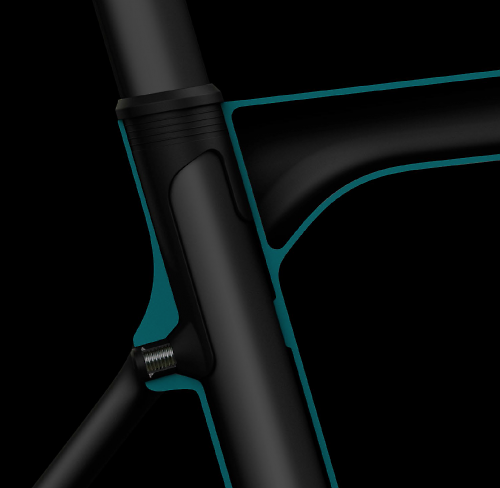 As well as aerodynamics, comfort has also been considered with the new Ultimate. The new bike is claimed to have 15 per cent more vertical deflection and 37 per cent horizontal deflection, with 13 per cent less saddle tilt, when tested with a regular seatpost. This increase in ride comfort is due to a new integrated seatpost clamp, which has been moved from the typical location at the top tube to further down the seat tube, close to the seatstays. This approach, claims Canyon, frees up the seatpost to provide more vertical displacement. 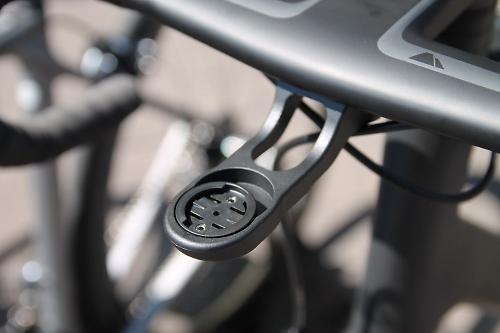 “The fundamental difference here is that the actual clamp is moved from the conventional position at the exit of the seat tube further down inside the frame,” says Canyon. “The hybrid injection moulded synthetic insert is one of the most complex components Canyon has ever developed and consists of three parts: a fibre-reinforced base, a soft seal where the seat tube ends and an aluminium press to transfer the tightening screw’s force onto the seatpost.”

The seat tube has been optimised too, and the seatstays have a new D-shaped profile as well, and frames will be available with Canyon’s novel VCLS seatpost.As well as improved aerodynamics and comfort, Canyon has used this update to sweat the details. All cables are internally routed and Canyon has improved the cable routing, minimising the angles that the cables enter and exit the frame to provide as smooth a run as possible. There’s a new dropout hanger for the rear mech that offers a claimed 25 per cent increased stiffness.

We'll have lots more on this new bike soon...