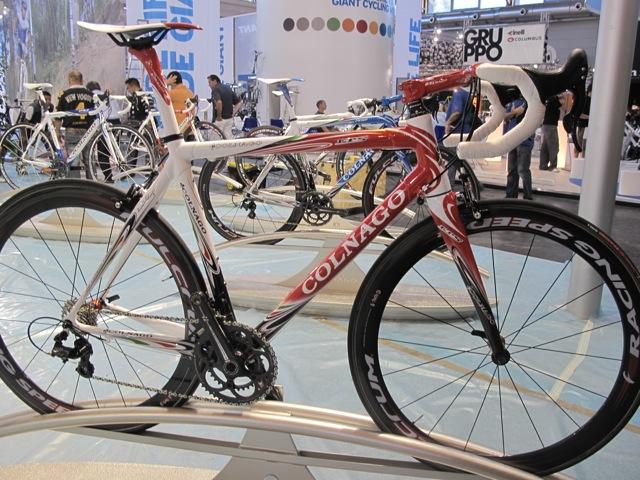 $12,000 bike for bringing Giro to the city exceeds $10 public gift guidelines
by Simon_MacMichael

It’s always nice to be recognised for a job well done, and even better when someone gives you a token of their appreciation for your efforts. However, Washington DC Mayor Adrian M. Fenty has found himself in a bit of a fix after being given a $12,000 Colnago EPS, complete with his own name inscribed on the top tube, as thanks for helping secure the departure of the 2012 Giro d’Italia for the American capital.

The bike was presented to Fenty, a keen cyclist, by none other than Ernesto Colnago himself at a reception held at the Italian Embassy on 25 February, but there’s one slight hitch from the mayor’s point of view – the city’s public officials aren’t allowed to accept gifts worth more than $10 from people looking to do business with the city.

The Washington City Paper contacted Colnago’s US headquarters in Chicago to find out more about the gift, and was told: “It was a gesture of goodwill and we have a couple of dealers in Washington DC, so having Italian cycling come there would definitely help our brand."

That certainly makes sense from Colnago’s point of view, but the newspaper is having less luck in establishing the fate of the bicycle, with a series of phone calls and emails to the mayor’s office over the past week so far failing to elicit a response.
It got more joy from Kathy Williams, general counsel for the Office of Campaign Finance, who made enquiries of the Office of the Secretary, which deals with matters relating to protocol and official gifts to the mayor.

Ms Williams was said to have been informed that the Colnago would be accepted under a “gifts to government” programme, although the mayor’s office wouldn’t confirm that directly to the newspaper.