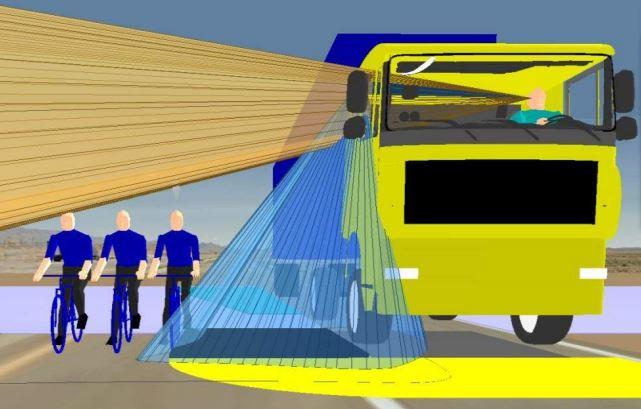 Two thirds of HGVs  and four in five car fleets are fitted with hands free kits, while only 4% of companies use technology to stop lorry drivers using mobile phones at the wheel, research has revealed.

The online survey, by road safety charity Brake and the Licence Bureau (a licence-checking company), received responses from 138 fleet managers, covering 26,000 vehicles and 40,000 employees, 59 of which had HGVs.

While much research has shown hands free calling is a significant distraction to drivers, companies largely weren't making use of apps that prevent mobile phone use behind the wheel. According to the survey 42% of company cars is fitted with lane departure technology, but just one in ten lorries.

“It is disappointing to see that so many are not taking full advantage of new safety technologies on offer,” said Dr Tom Fisher, senior research and communications officer at Brake.

“Blind spot devices and safety management kit like telematics have huge potential to reduce crashes and casualties, and bring down associated costs for the operator,” he said.

According to the Royal Society for the Prevention of Accidents (ROSPA), the use of a mobile phone while driving, whether hand held or hands free, increases the risk of crash by four times, as well as reducing reaction times, increasing likelihood of tailgating and risk-taking, i.e. squeezing through unsafe gaps, and failure to maintain proper speed and lane position.

Lorries, which are only 5% of traffic on roads, are involved in 23% of cyclist deaths and 13% of pedestrian deaths, with blind spots the second biggest contributory factor. Concerns are increasingly raised that there are too many demands on lorry drivers' attention from mirrors and sensors and alarms designed to compensate for the vehicles' designs, which haven't changed for decades, leaving large blind spots.

Of companies surveyed, 51% used telematics (cameras and sensors), with 62% of those used in cars, 81% in their vans, and 97% in HGVs. The survey showed no correlation between fleet size and the use of cameras on HGVs.

Les Owen, compliance consultant at Licence Bureau, said: "Surely, it is obvious that the cost of a crash makes it sensible to consider fitting some of the safety technology items.

"One serious crash or fatal collision can lead to a lifetime of problems for drivers and managers alike so doing more to avoid them is a no-brainer.

"Implementing good policies, which are reviewed with drivers to provide learning opportunities and reminders of company objectives, is good practice. Writing a policy and not doing anything with it is just as bad as not having one."