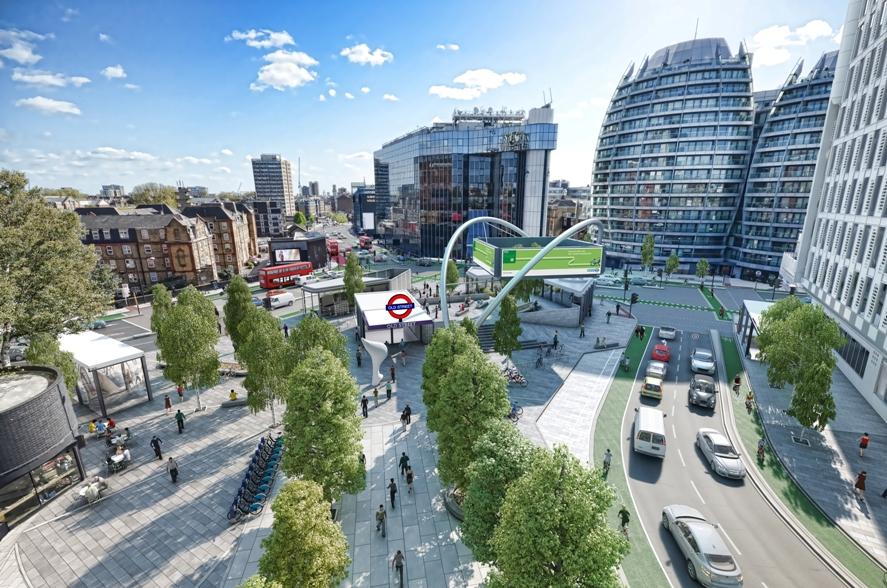 The £25m plans have been approved by Transport for London (TfL), proposing to turn the space into a pedestrian square, but the London Cycling Campaign say for safety, it needs to become a crossroads.

There will however be new cycle lanes and two-way traffic reintroduced.

TfL said work was due to start next year following strong public support.

Rosie Downes, from LCC, told the BBC it welcomed the "ambition to make it safer for cycling" but added: "We have concerns that the plans are not safe enough and will not provide the safe and inviting space for cycling that this location should offer."

"Crossroads would make it a much simpler layout and make it easier to provide protected space and improve the area for pedestrians and cyclists," she said.

Leon Daniels from TfL said: "The plans will mean real safety improvements for pedestrians and cyclists, who are currently involved in 80% of all accidents at Old Street."

Claudia Webbe, from Islington Council, said: "The Old Street roundabout is dangerous and obsolete, and we've lobbied for its removal for many years.

"There are a number of outstanding issues and concerns about the detail of the design and we will work closely with TfL and others on behalf of our residents to help ensure these are resolved."

At the end of last year we reported how the Road Modernisation Plan was published, with details of the £4 billion that TfL will be investing in the capital’s streets in the coming years, including £900 million due to be spent on cycling from now until 2022.

It contains a timetable of proposed works with anticipated start (subject to consultation) and finish dates, with construction of CS1 which will run from Tottenham to the City due to begin in June 2015 and be completed in April the following year.

The consultation opened then for Old Street Roundabout, which in recent years has been nicknamed Silicon Roundabout due to the number of tech firms located there and in nearby areas such as Shoreditch, with the cluster collectively known as Tech City.

TfL says cyclists now account for one third of road users at the junction during the morning rush hour, and the junction will have cycle lanes, segregated where possible, plus separate traffic lights for bike riders.

The safety of pedestrians and cyclists is a key element of the redesign; TfL says that of 44 people injured at the roundabout in road traffic collisions from February 2010 to January 2013, eight in ten were on a bike or on foot.

Mayor of London, Boris Johnson, said: “We are progressing at full steam with our plans to redesign some of London’s most dangerous junctions, and Old Street roundabout is next to be completely overhauled.

“These plans will dramatically improve safety for the thousands of cyclists and pedestrians using the junction, and also make it easier to access Tech City, which continues to nurture upcoming technology and creative talent from around the world.”

TfL says the proposals “would mean a much safer junction for cyclists, but would result in some changes in rush-hour journey times for buses, cars and coaches.”

However, it adds that most journey times would be unchanged,  “with the only significant increase being to traffic heading northwest on City Road, which may take up to two minutes longer in the morning and afternoon.”