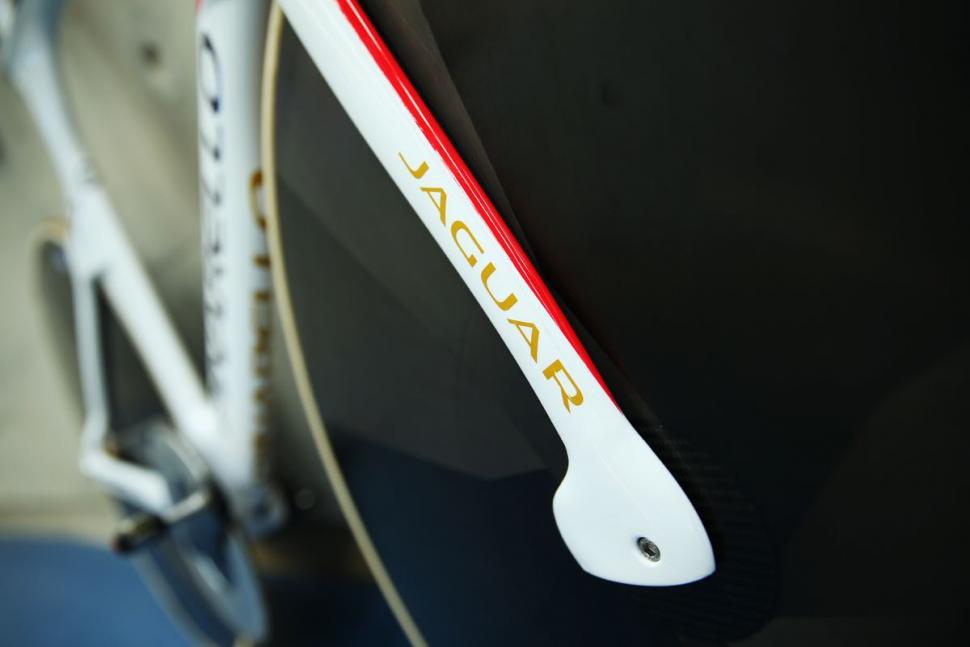 Bradley Wiggins will make his UCI Hour record attempt at the Lee Valley VeloPark in London this Sunday on a new Pinarello Bolide HR bike that has been co-engineered by Pinarello and Jaguar.

Jaguar has apparently lent its aerodynamics expertise for the modifications to the Bolide that Wiggins rode to win the World Championship Time Trial in September last year. 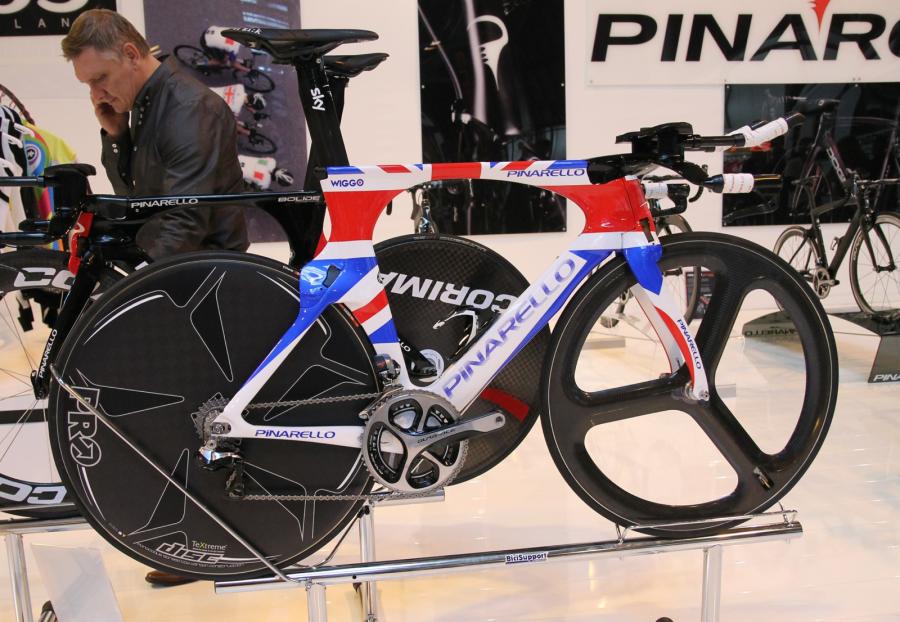 Pinarello says that the Bolide HR (HR for ‘hour record’, presumably) has been designed using CFD (computational fluid dynamics), every component having been analysed to inform modifications. The finished bike is said to have an overall aerodynamic performance increase of 7.5%, largely down to a new one-piece titanium handlebar, narrow fork and chainstay design.

“The Bolide HR is the most aerodynamically efficient track bike I’ve ever ridden,” says Wiggins.

You’d hope so given the circumstances. 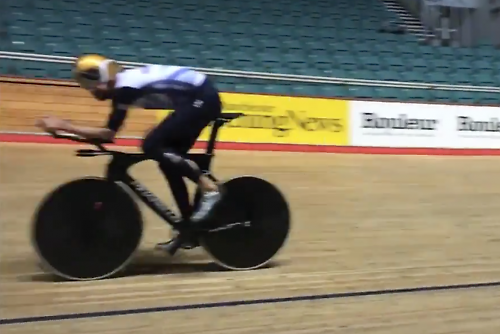 Pinarello and Jaguar have released some details about the Bolide HR but they’ve only published a couple of photographs so far, and those don’t show the bike in much clarity. Apart from those, all we have are some stills from a recent YouTube video (above). 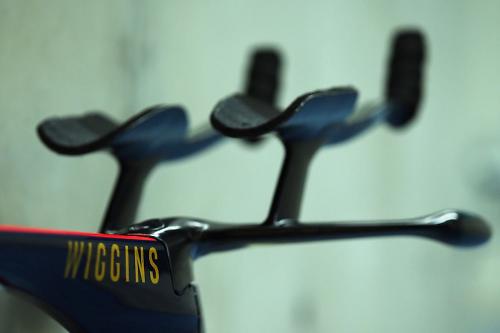 The Bolide HR features a completely re-designed one-piece handlebar system that’s made using laser sintering technology (3D printing). Being a track bike, there are no levers, and the arm-rest area has been engineered to reduce pressure and drag. 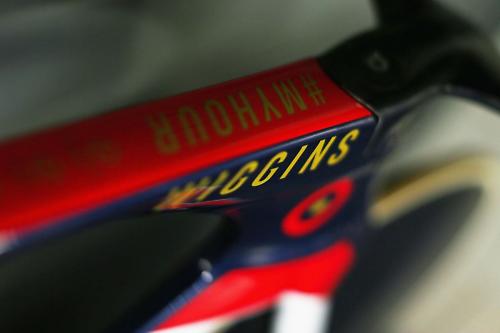 Jaguar and Pinarello have narrowed the fork design, making it closer to the front disc wheel to improve the aerodynamic efficiency in that area. You can also see that the dropouts are closed. 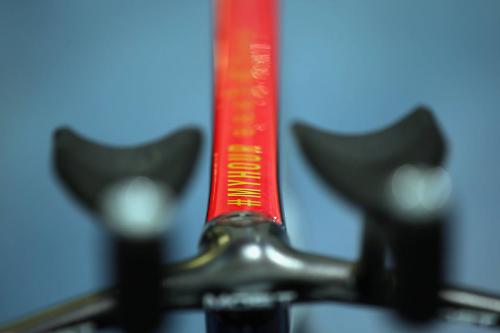 Another change from the road-going Bolide includes “the enhancement of the front fork surface”, according to Pinarello. 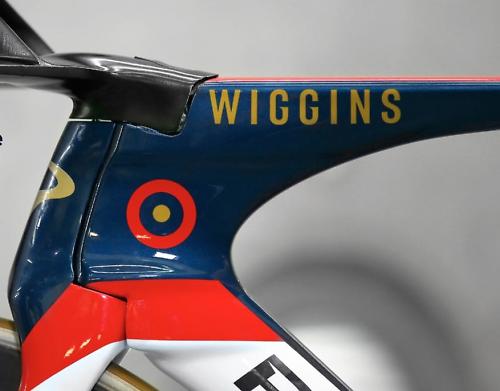 The designers say that they have reshaped the chainring and the wheel hubs for improved aerodynamics too.

The photos Pinarello and Jaguar have released don’t show us a great deal more. That looks like a Speedplay pedal (main pic), which is what Wiggins usually uses, but the chainring is totally out of focus so it’s impossible to tell the size.

Pinarello has a long association with the Hour Record. The Italian brand developed the Pinarello Espada that Miguel Indurain used for his successful tilt at the record in 1994.

Tickets for Wiggins’ attempt to break the UCI Hour Record sold out within minutes. You can watch it on Sky Sports 2, coverage starting at 6pm on Sunday. A live stream will also be available on skysports.com and the Sky Sports apps, including the YouTube channel.

1
Singapore to ban cyclists from riding in groups longer than 5 bike lengths
2
Five cool things coming soon from Wilier, Camelbak, Topeak, Effetto and Pactimo
3
What are your options when you can’t find the bike component you’re looking for?
4
Paris to become '100 per cent cycling city' within next four years
5
Parents of cyclist killed on charity ride told to remove 'distracting' roadside tribute
6
Wiggle launch pop up cafe where customers pay with 'miles travelled'
7
Cyclist killed after crash on 'inadequately marked crossing'
8
Cyclist taken to hospital after collision with police car responding to emergency