Is this smart looking bike a vision of the future? With a carbon fibre frame, disc brakes and thru-axles front and rear, it’s a thoroughly modern interpretation of where road bike design seems to be heading, from the company best known for its mountain bikes. Equipped with Shimano 105 and Tektro Lyra mechanical disc brakes, it costs £1,799.99. Launched last summer, the Avro is Saracen’s flagship road bike and looks to have taken inspiration from its mountain bikes, with disc brakes and thru-axles replacing conventional quick releases and space for up to 28mm tyres.

“Despite all the advancements in technology we’ve found it strange that road bikes are still using decades old designs in the form of braking and wheel axles,” says Saracen.

The Avro features a 1kg carbon fibre frame with full internal brake and gear routing. It’s Di2 compatible as well so it’s future-proofed against any upgrades Saracen or customers might have planned. There’s a tapered steerer tube on the fork and the frame is available in four sizes. Rather than a modern press-fit bottom bracket, Saracen is showing it’s a British company designing bikes for British cyclists and conditions, and opted for an externally threaded bottom bracket. They’re easier to remove and service and offer up less problems compared to press-fit bearings which can be prone to creaking and are not easy to remove and install. 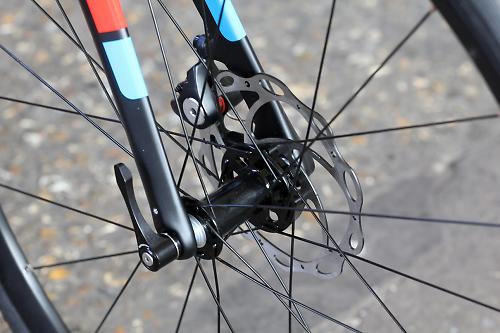 Rather than conventional quick releases, Saracen has decided to go with thru-axles at both ends. The wide hollow axles that thread into closed dropouts are commonplace on mountain bikes, and starting to creep into the road market as well, though we've only seen a few adopters so far. The Avro has used mountain bike standard 15mm front and 12x142mm rear axles. 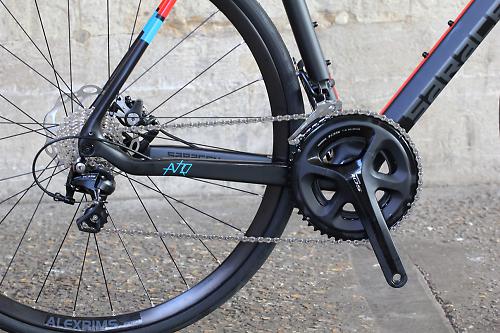 Saracen has specced the Avro with a Shimano 105 11-speed groupset and Tektro Lyra mechanical disc brakes. The Alex wheels are custom to Saracen with a disc-specific rim with 24 spokes in the front wheel and 28 in the rear, with sealed bearing hubs. 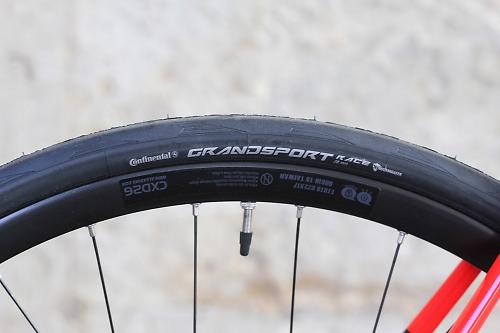 The wheels are fitted with 28mm Continental Grand Sport Race tyres, and there’s plenty of clearance between the tyres and frame/fork. There are mudguard mounts on the frame and fork but you’ll have to downsize to 25mm tyres if you want to run full-length mudguards. 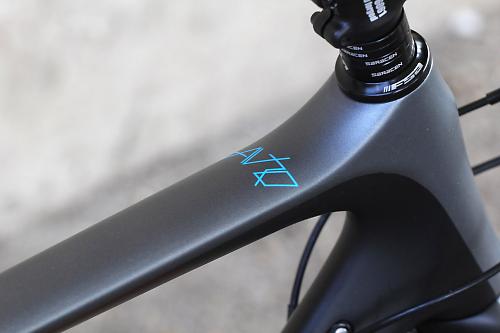 The Avro looks a good bike, ticks quite a few boxes and has some clearly well thought out details. It’s the sort of bike that is clearly meeting a need from cyclists who want increased versatility in their bikes, want disc brakes and be able to fit wider tyres and mudguards, and like the weight and stiffness provided by a carbon fibre frame and fork. With a bit of tyre swapping you could run it as a fast commuter, or a lightweight Audax bike, or fit some lightly treaded tyres and find some gravel.

With the widest tyre it’ll accommodate being 28mm, the Avro looks more like an endurance/sportive road bike than a gravel/adventure bike like the Specialized Diverge, and the most likely direct rivals would be Giant’s Defy and Cannondale’s Synapse. The Giant Defy Advanced 1 costs £1,649 and offers a superior Shimano Ultegra groupset, but doesn’t have the thru-axles of the Saracen. Another obvious comparison is the Cannondale Synapse we tested last year, but a negative on that bike is the lack of mudguard mounts.

The only other disc-equipped endurance road bike we’ve seen with thru-axles front and rear would be the Scott Solace 15 that we’re currently testing, but with just one model available costing £2,599, it’s a lot more expensive. 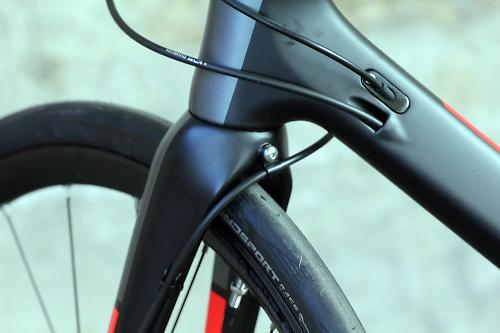 We’ve got a size 57cm in for test and the weight is 8.63kg (19.02lb) which is about what is pretty good for the price. One of the road.cc test team is currently getting the miles in on the Avro and we’ll have a full review soon.