“Avro is everything we wanted a groundbreaking road bike to be. Over the past few years carbon fibre has become the material for building high performance bikes. Despite all the advancements in technology we’ve found it strange that road bikes are still using decades old designs in the form of braking and wheel axles,” says Saracen. 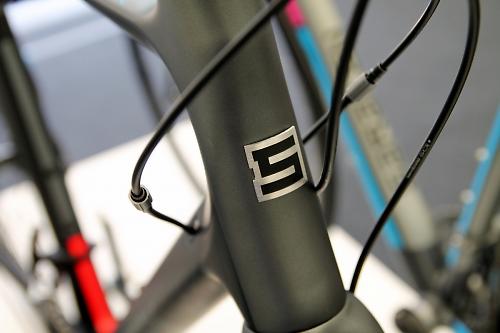 The full carbon frame, with a claimed sub-1,000g weight, has full internal gear and brake cable routing, and is Di2 compatible too. The carbon fork utilises a tapered steerer tube with the brake cable externally routed. Four sizes will be offered, each sharing the same slack geometry centering around a 70.5 degree head angle and long wheelbases, 1,049mm on the size 56cm. 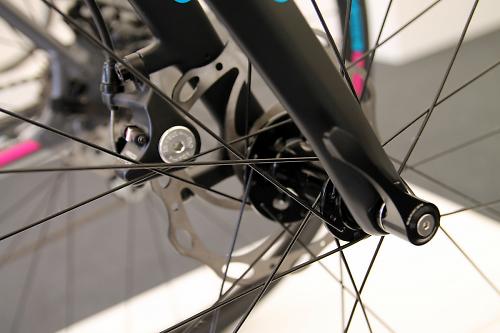 Both dropouts use thru-axles, large diameter hollow axles that pass through enclosed dropouts and thread into the receiving dropout. Such technology is commonplace on Saracen’s mountain bike range and they even use the same 15mm front and 12x142mm rear standards. 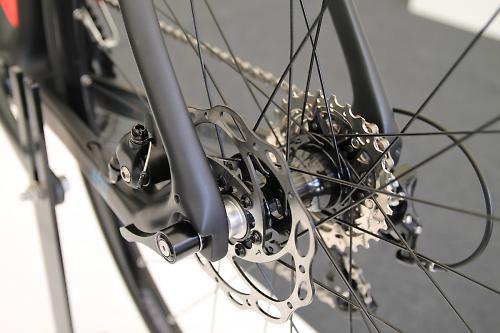 Saracen have specced their own custom Alex wheelset with a disc-specific rim, laced via 24/28 spokes to sealed bearing hubs.Saracen claim a 1,600g weight for the wheelset. They’ve given the Avro big tyre clearance and the bike comes fitted with 28mm Continental Grand Sport Race tyres. The frame has mudguard mounts and with a pair of ‘guards fitted clearance for tyres is reduced to 25mm. While the bike is forward-thinking with regards to disc brakes and thru-axles, they’ve interestingly steered clear of a press-fit bottom bracket. Instead, the Avro has a regular external threaded bottom bracket. That’s a sign of the company’s mountain bike background, external bottom brackets are still prevalent simply because they’re really easy to service and replace by the home mechanic. 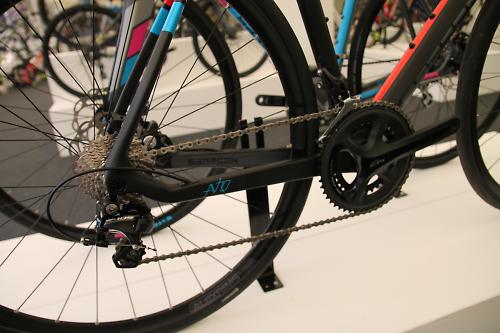 On paper the Avro looks to offer good value for money with thoughtful design touches that should make it ideally suited for a year-round British bike. With mudguards fitted it would be perfect for commuting or training through the winter. You could even take it off-road if you fitted some lightly treaded tyres and pretended like you grinding some gravel. And the name? That’s inspired by the British aircraft manufacturer that gave the world the futuristic Vulcan with its delta wing design back in the 1960s. 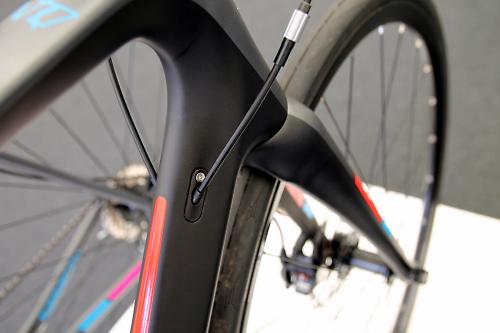