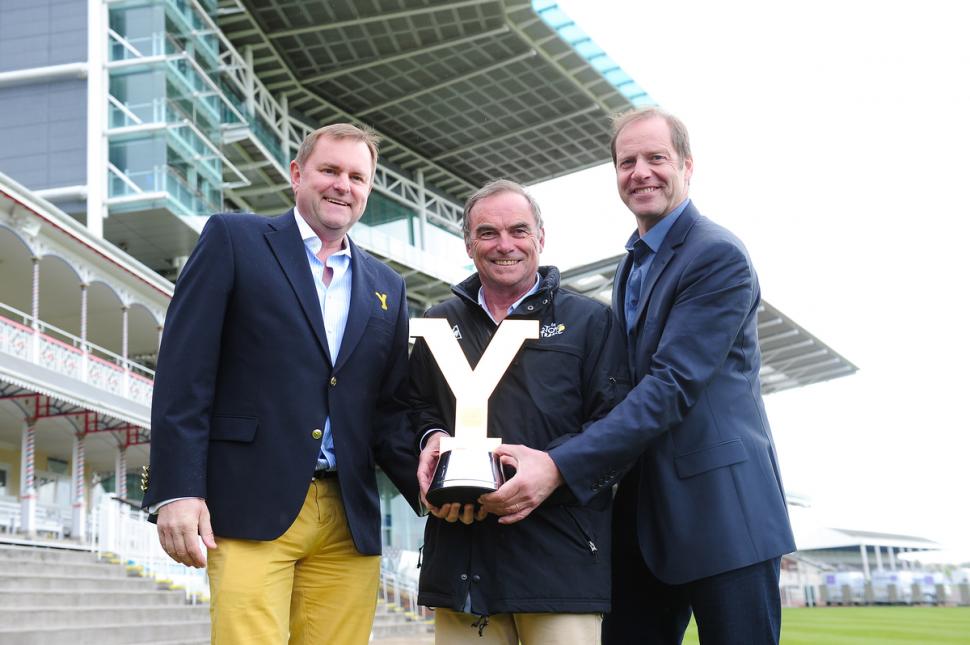 700,000 turn out on opening two days as Yorkshire folk become "the new Belgians"...
by Simon_MacMichael

Gary Verity, the chief executive of Welcome to Yorkshire, has been told the region’s inhabitants are ‘the new Belgians’ when it comes to supporting cycling, with almost three quarters of a million people turning out over the opening two days of the race.

Verity, who brought the Grand Depart of the Tour de France to Yorkshire last July, was paid the compliment by the owner of one of the teams competing in this week’s inaugural edition of Tour de Yorkshire, which concludes today.

Huge crowds have greeted the riders from Friday’s start in Bridlington through yesterday’s stage into York, and a wet morning in Wakefield failed to dampen the enthusiasm of locals who turned out in their thousands to cheer the riders on as they began today’s concluding stage to Leeds.

There was massive support too on climbs such as the Cow & Calf and Chevin that peppered the route of today's stage.

Speaking to road.cc in Wakefield just before the start of the stage, Verity said: “For the first edition of a new race, there’s been huge crowds, just incredible.

“We’ve had three great stages, the first stage was a lot tougher than people thought, they.  Today’s a more brutal stage, with short but tough climbs, and we’re expecting big crowds.

“We’ve had 700,000 on the roadside for the previous two days, according to police. I went to their briefing this morning and they’re expecting an even bigger number today, so it’ll be great.

“The weather has passed over and we’re on for a great day’s racing.”

Along the route of the race, towns and villages are festooned with bicycles painted blue and yellow, the race’s signature colours, as well as bunting in similar hues, while shops, pubs and restaurants have also embraced the race.

Asked about the support shown by locals for the new race, Verity said: "One of the team owners said to me yesterday morning at breakfast, ‘You are the new Belgians,’ which is a great compliment in the cycling world and we’re very happy with that.”