New £579.99 smart glasses will soon be available, we’ve had a brief demo with them
by David Arthur @davearthur

ReconJet's smart glasses are finally launching this spring, with a retail price of £579.99. The glasses have been two and a half years in development, we first reported on them back in 2013, and they were originally meant to be launched last year, but Recon Instruments pushed back the launch date so they could ensure the glasses were properly ready for the world. Well now it seems they're ready, and we've had a play with them.

At the company's UK distributor trade show recently, we had the chance to try them out for the first time. There's a lot of development in the wearable tech market, with Intel launching smart glasses and tech giants like Apple and Samsung developing smart watches, but the ReconJet's are the only cycling-specific smart glasses out there at the moment.

So what are they?

Here's what ReconJet has to say about them: "Recon Jet is a smart eyewear device for sports that unobtrusively delivers relevant information at a quick glance. Jet features a powerful computer and a full-colour widescreen display designed for active outdoor use, mounted on high-performance eyewear."

The key feature to the ReconJet is a small pod that projects a screen below your sight line. This screen can be used to present any sort of data you want, anything your traditional cycling computer or smartphone might ordinarily display. You can pair the ReconJet with a smartphone and use the app to export the data, or you can upload your activity directly from the glasses, using the onboard wifi, to a computer to share on Strava or a similar training website. 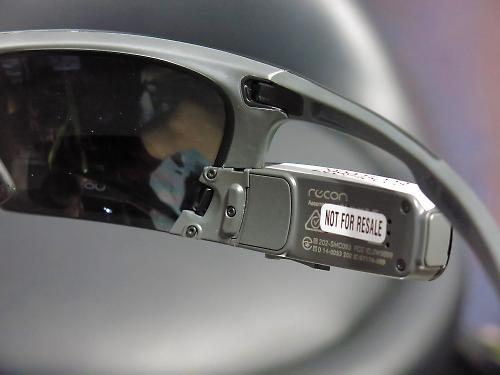 The glasses have integrated GPS and can be synced to various heart rate, power or cadence sensors using Bluetooth or ANT+. There’s also a 720p video camera so you can capture highlights of your ride. That array of sensors can allow you to do some potentially cool stuff. You could, for example, use them to stream video from a bike mounted camera, say attached to the seatpost, and have that video playing in the glasses. That might be useful for cycling through busy city streets for example. 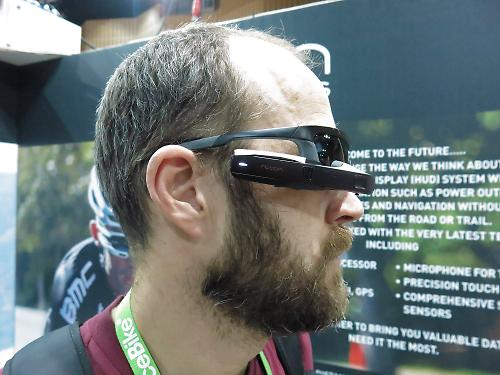 An optical sensor on the side of the ReconJet navigates you through the various menus. The screens position can be adjusted by twiddling a small joystick poking out under the ReconJet. It’s quite intuitive to use and after a few minutes you get the hang of it.

The glasses have a rugged build, they’re clearly designed to handle a few bumps, and an IP65 rating provides some protection from water immersion or more importantly, use in the rain. The nose piece is removable and easily adjustable, and there are plans for prescription lens compatibility in the future, and there will be four lens tints available at launch. The ear stems are also easily adjusted to help achieve a comfortable fit.

Dave Atkinson had a play with a pair and here are his thoughts on the glasses after a brief demonstration:

A show hall isn't the best place to get a full understanding of what a product is like, by any means. But we can certainly say that the system works, and actually the resolution of the screen and the visibility of the data is pretty impressive. You can adjust the position of the HUD image pretty easily with the joystick; it remains to be seen whether it'll stay put when you're out on your bike on rough tarmac. Swiping through the screens, and using the other controls, is fairly straightforward. It felt a bit clunky at first but new interfaces always do, and I'm pretty sure you'd quickly get used to it. 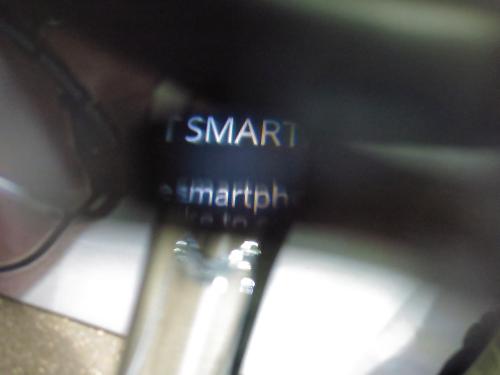 The camera capture mode feels a bit odd when you're presented with a smaller version of what you're already seeing in the bottom corner of your vision, but again, it works. Recon like to trot out the line that looking at the screen is like watching an 30-inch from seven feet away. In terms of focal length that's maybe true but the WQVGA (400x200) screen can't convey fine detail information. It's a similar resolution to the Garmin Edge 1000, so in terms of mapping and data display you can expect the same sort of density of data. I've navigated roads I don't know with no problems on the Edge, so that bodes well for the Jets. 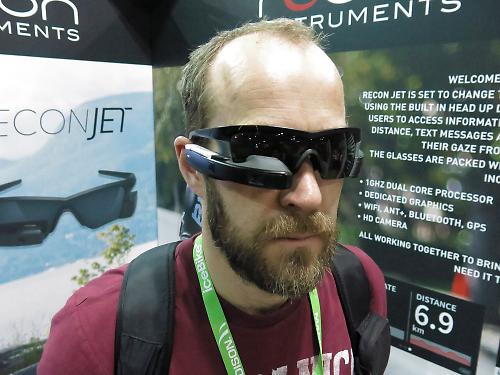 The main sticking point for me is battery life. It's stated four hours, meaning you're likely to get three. Okay you can carry spare batteries and swap them out, but even for something as mundane as a 100-mile sportive you're looking at three batteries to guarantee you'll make it round. And that has implications for your ride data too, no-one wants to be stitching rides together once they get home.

It's worth pointing out that if you're short-sighted, and remove your glasses to put the Jets on as I did, the screen will look like it was as if it was seven feet away, ie out of focus. If you have contact lenses then you're fine, otherwise Recon are working on a prescription insert which will be available some time after launch.

More info on availability soon, and you can find out more at www.reconinstruments.com/products/jet/