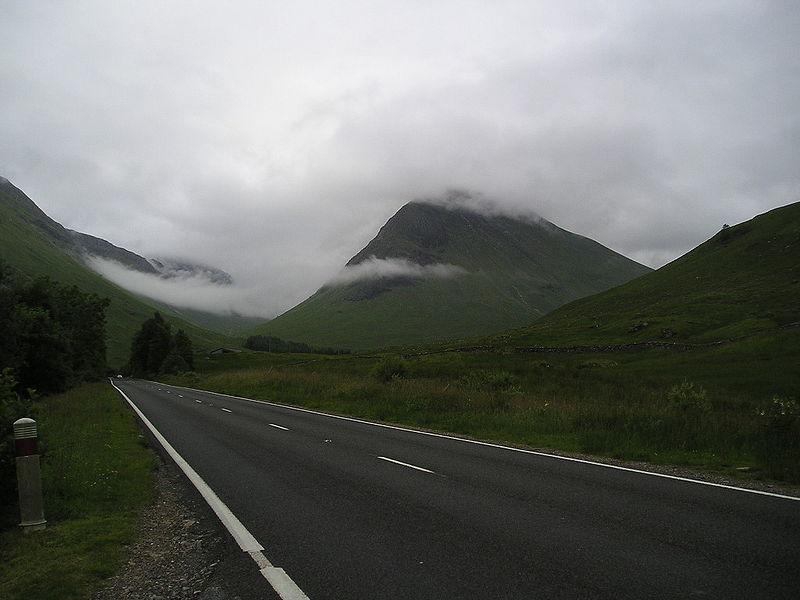 Cyclists in Scotland will be able to enjoy a radical extension of the country’s walking and cycle routes thanks to a £25 million cash injection that will create 500 miles of new routes over the next five years.

It’s all part of ambitious plans by Scottish Natural Heritage, Sustrans and Scottish Canals to get Scotland more active, and will see 30 new long distance routes created and numerous others updated and resurfaced.

The Dundee Green Circular, along with routes including Crook of Devon and Kinross, Lochearnhead to Crieff and a new Fife Pilgrim Way from Culross and North Queensferry to St Andrews will be among the first to be looked at.

Others include a Great Trossachs Path — between Callander and Inversnaid — a Hebridean Way on Harris and Lewis and the full-length "Pilgrim's Way" across Scotland between St Andrews and Iona.

All the cycle ways will conform to high European-style standards, and will be funded by a mix of public and private partnership.

"Encouraging more people to enjoy the natural environment is important for the environment, tourism and boosting the economy — that's why the National Long Distance Cycling and Walking Network is designated as a national development in Scotland's National Planning Framework.

"The plan will extend the network of connected, accessible paths and tracks for visitors of all ages and abilities to walk and cycle, encouraging even more people and visitors to enjoy the outdoors and to become more active."

Ian Ross, chairman of Scottish Natural Heritage, added: "We want to make sure that the network offers something for everyone, with rural routes offering peace and quiet, great views and the chance to get close to nature; paths between settlements to help local people commute away from traffic; high-spec surfaces in places for people in wheelchairs and cyclists, and more varied paths for walkers, mountain bikers and horse riders.

"The most important thing is to give people the chance to access and enjoy the outdoors close to where they live — irrespective of their age or mobility.

"On the back of that, we hope that people will embrace healthier, more active and sustainable lifestyles."

Earlier this month we reported how a new report from Cycling Scotland shows a 32 per cent increase in cycling in Scotland between 2003 and 2013.

However, with it still only representing 0.75 per cent of total traffic volume, there is a strong belief that much more needs to be done.

The report covers a range of topics, including estimated levels of cycling, cycle commuting, cycling to school and road safety.

Cycling as a main mode of travel in Scotland was estimated at just one per cent in 2013, while the volume of cycling traffic was 329 million vehicle kilometres travelled, a 32 per cent increase on 2003’s 249 million kilometres.

Late last year Scottish Transport Minister Keith Brown unveiled A Long Term Vision for Active Travel in Scotland 2030 with its aim of encouraging more people to walk and cycle for everyday shorter journeys has been welcomed, critics are questioning whether enough is being done to achieve that.

Brown explained: “This vision sets out how we hope Scotland will look in 2030 if more people are walking and cycling for short, everyday journeys allowing us to reap the benefits of active travel.

“It goes without saying that cycling and walking benefits the individual by improving their physical health, but also their mental health, and keeps their transport costs down whilst also benefiting the environment by reducing greenhouse gases and pollutants.”

The document depicts a future Scotland in which people are walking or cycling for the majority of shorter journeys.

Main roads into town centres all have either segregated cycling provision or high quality direct, safe and pleasant alternatives; pedestrian and cycle paths are in place; and rural and suburban minor roads have low speed limits.

Transport is integrated and there is a culture of active travel.

However, critics have questioned whether enough is being done to make these dreams a reality. Speaking to The Scotsman, Colin Howden, Director of Sustainable transport lobby group Transform Scotland, said:

“A long-term vision for walking and cycling is all very well but what we actually need is action now, not at some vague time off into the future.

“What we do know is the Scottish Government’s investment in active travel falls in this year’s budget despite the overall transport budget again rising. Some short-term action to tackle that situation would be more helpful than platitudes about long-term priorities.”

We’ve also reported on how campaigners have told Members of the Scottish Parliament (MSPs) that there is “no way” that a target of 10 per cent of journeys in the country being made by bicycle by 2020 will be achieved while spending remains at its current levels. They have also called for more transparency over the country's active travel budget.

That 10 per cent target was reiterated in last year’s updated Cycle Action Plan for Scotland (CAPS).

MSPs sitting on Holyrood’s transport committee warned the Scottish Government more than four years ago that without adequate funding, the target was unachievable.

Now, an inquiry into the Scottish Government’s budget by the infrastructure and capital investment committee has been told by campaigners Pedal on Parliament, who want 10 per cent of the country’s £2 billion transport budget dedicated to cycling,  that the target is beyond reach at current levels of spend.