Battle on the Beach Entry 2015

More Battle on the Beach entries available, for one day only

Howies Battle on the Beach, set to return to Pembrey Country Park and Cefn Sidan beach on March 22nd, sold out of its 500 places within two days of opening, but it’s ready to release a further limited number of entries. But for one day only.

After lengthy negotiations with the M.O.D Battle on the Beach have been granted use of a brand new area off Cefn Sidan which will allow them to increase the size of the event both now and in the future. This new bit of land opens up a wide beach exit point that will prevent a bottle neck that might otherwise form with hundreds of riders trying to leave the beach at the same time.

To celebrate this a limited number of extra entries for the event will be available, for one day only on Sunday March 1st, which just so happens to be St. David’s Day.

Battle on the Beach is an unique event in that it’s open to all types of off-road bicycles, no other event offers the chance for pelotons to form with cyclocross bikes, fat bikes, mountain bikes and tandems to ride side by side. Our VecchioJo had a go at last year’s inaugural event and concluded that it was one of the hardest things he’d done somewhere mostly flat. The course mixes racing on a vast expanse of flat sand with blasting along fireroads and twisting through trees and dunes on singletrack, with each type of terrain flattering a different style of bike. Will you favour the speed of a cyclo-cross bike on the fireroads over the agility of a mountainbike in the woods, or would you prefer a fat-bike for sand blasting fun? And which will be the best for cheating the inevitable headwind on the beach? 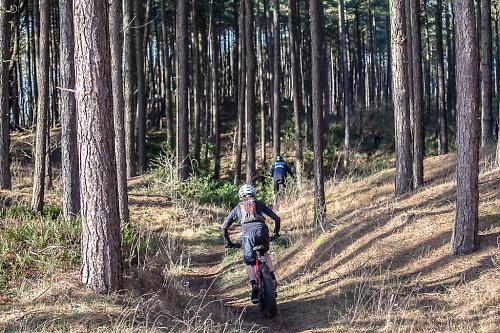 The event will once again also hold host to the UK Fat Bike Championships, an event specifically for bikes with tyres that are 4” and above. The large diameter tyres are designed to give float over loose surfaces, including soft sand. On the Saturday there will be the opportunity to test one of these fat bikes, with demo rides from Surly Bikes on offer to anyone and roller racing later on Saturday open to all. 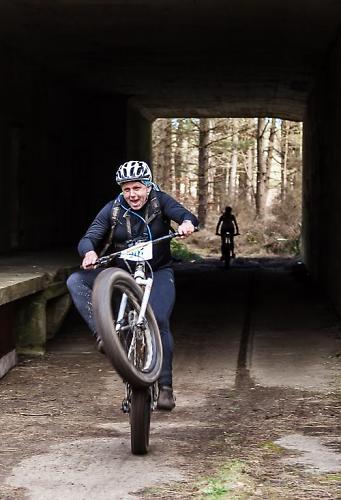 Professional beach racing specialists from Belgium and The Netherlands are due to attend alongside a host of home grown talent, so the sharp end is set to be one of the most competitive events of 2015. For the majority though fantastic sandy singletrack, including new sections and a few surprises will ensure a memorable event for all.

To keep youngsters entertained whilst the grown-ups are racing kids will have their own races, there’s an adventure playground, Segway rides, bouncy castles and a whole load more to keep them occupied. Spectators are very welcome and encouraged, with the Pembrey Country Park remaining open to all visitors. It will be an opportunity for people to see some of the best cyclists from across Europe competing on their doorstep; doing battle against one another and the terrain to see who can rule the beach.

Battle on the Beach