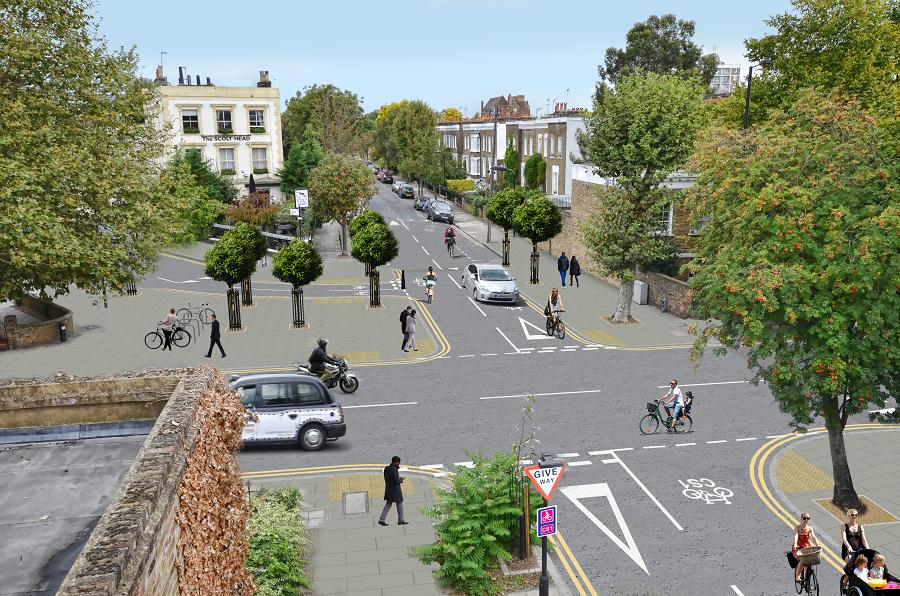 Transport for London (TfL) has opened a consultation on a Cycle Superhighway (CS) billed as an “A10 bypass” for people on bikes, with claims that cyclists will save more than a quarter of the journey time for travelling along its entire length compared to riding on the main road.

Running from Tottenham to the City of London via Hackney and Dalston, the route mainly follows quiet backstreets parallel to the A10.

Where it does run alongside the main road, the cycle path is off-carriageway and – something that has grabbed a lot of attention – has trees running down the middle of it, presumably to encourage a two-way flow of riders. Mayor of London Boris Johnson said: “Our research shows that well over 100,000 journeys in this area could be made by bike instead.

“This Cycle Superhighway will provide cyclists with a direct, protected route along quiet streets, making it even easier for people to hop on a bike rather than getting in their cars.

“This is exactly what the cycling revolution is all about – making it simpler and safer for ordinary people to choose to get on the saddle and enjoy London by bike.”

On the day that TfL’s board approved the plans, as well as those for the East-West and North-South Cycle Superhighways crossing the city centre, Green Party Assembly Member Jenny Jones expressed reservations at such a route heading along back roads, and said provision should be made for cyclists on major roads too.

She said: “The Hackney scheme is a great Quietway, but it is not a superhighway. Giving cyclists the choice of a good route along residential roads is welcome, but the Mayor also needs to fix the main roads and junctions which he controls on the parallel route.

“Many cyclists will enjoy a quieter, less polluted route, but many others want the directness and speed of the main roads. With the deaths of two cyclists on Hackney main roads, so far this year, we have to make both choices safer.”

However, in today’s announcement of the consultation, London’s cycling commissioner, Andrew Gilligan, insisted: “As we made clear in the Mayor’s Vision for Cycling, superhighways need not be on main roads where better, more direct alternatives exist.

“Some of the most successful stretches of the current network, such as Cable Street and Narrow Street on CS3, are on side streets.

“This route will be quicker to deliver, more pleasant to use and more convenient for cyclists than anything we could do on the main road – including full segregation.”

In the consultation, TfL claims that journey times would be significantly reduced and also points out what it sees as other benefits of the plans, saying:

The new route would provide safer and faster cycling journeys than using the parallel A10. Our research shows cyclists could ride from Tottenham to the City in around 30 minutes, compared with over 40 minutes for a similar journey along the A10. Cyclists on CS1 would pass through just eight traffic signals, compared with 54 traffic signals for the equivalent journey along the A10. We are confident CS1 would allow faster and more reliable cycling journey times.

We welcome suggestions for alternative route alignments through Haringey. We continue to investigate alignment options including the extension of the two-way cycle track further south along Tottenham High Road.

Among the chief features of the proposals as they stand are:

Improved public spaces along the route, including 1000 square metres of new footway and 60 new trees. 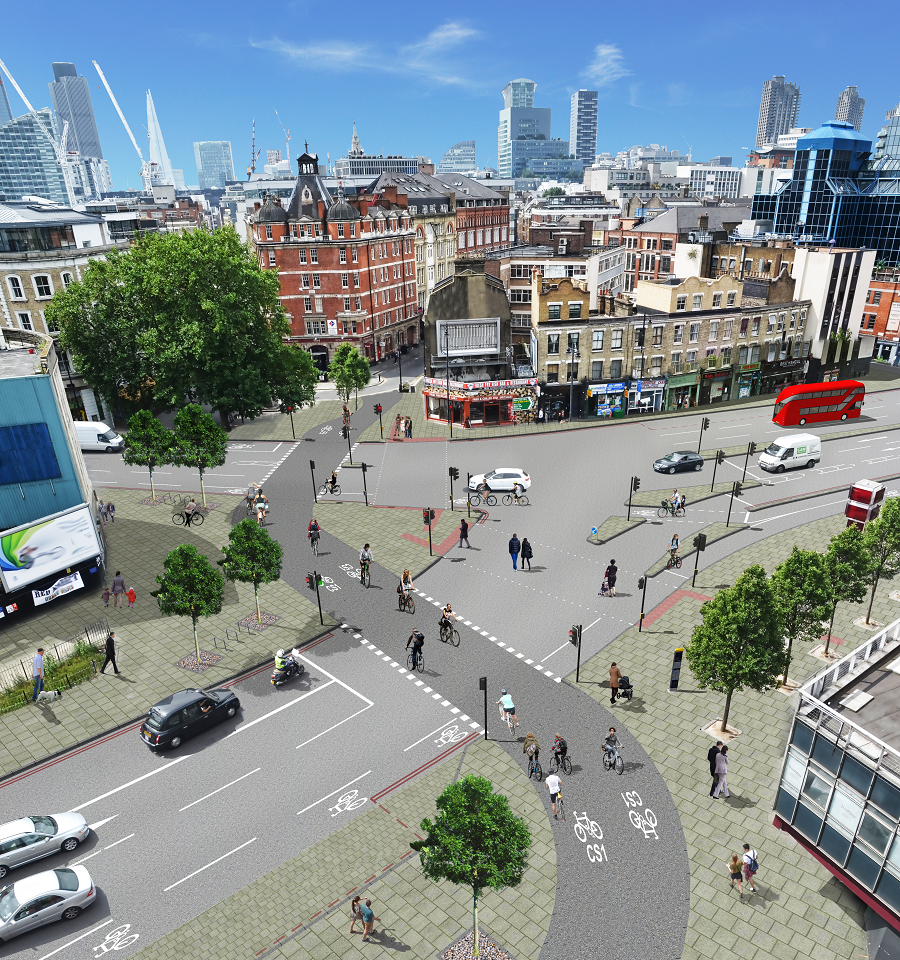 Full details of individual sections of the route, which also links to the communities TfL says stand to benefit most from it, can be found on TfL’s consultation hub, with replies invited by 29 March 2015.

TfL says that subject to the results of the consultation, work could start on CS1 during the summer with the route open early in 2016.

Leon Daniels, TfL’s managing director of surface transport, said: “Cycling in London has more than doubled in the last decade.

“However, many existing and potential cyclists are not aware of direct cycle routes along quieter streets, such as the route that CS1 would follow.

“These plans will provide a clear and safe cycling route into central London, as well as see the major transformation of the ‘Apex Junction’.

“We look forward to hearing from Londoners about these designs and, subject to the comments receive, will look to deliver these improvements as quickly as we can to help more people take to two wheels.”