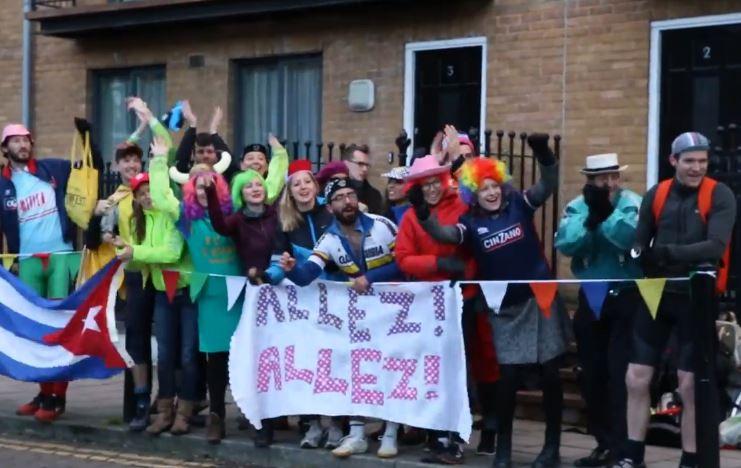 Cycle commuters in London’s Islington had their morning commute brightened up recently when they were cheered on by a flashmob as they headed to work.

Taking place at Owen's Field close to Angel Tube station, an enthusiastic group of “fans” made a lot of noise and a fair old spectacle for the morning commuters, some of whom waved and smiled in return.

The video was posted to YouTube by the website Cyclists Are Heroes and it seems to be the first event they’ve organised – though they’re already recruiting for another one for Spring 2015, again in London.

They say: “We can’t all ride the Tour de France, but every cyclist deserves a little celebration.”

There’s no hint of who is behind Cyclists Are Heroes, and other than the fact the website is registered in Italy, there’s no information about who is behind it.

That part of London is awash with creative industry firms, though, and the people forming the flashmob look like they’d fit in at an advertising or digital marketing agency.

So call us cynical, but we wouldn’t be surprised if ultimately this turns out to be all about trying to flog you something.

Providing a Tour de France style experience for everyday cyclists is nothing new, of course – last year Goldie starred in a Tesco Mobile ad that ran along that theme.

That ad was itself clearly inspired by French prankster Remi Gaillard’s Tour de France stunt from 2009, which has notched up more than 10 million views on YouTube.