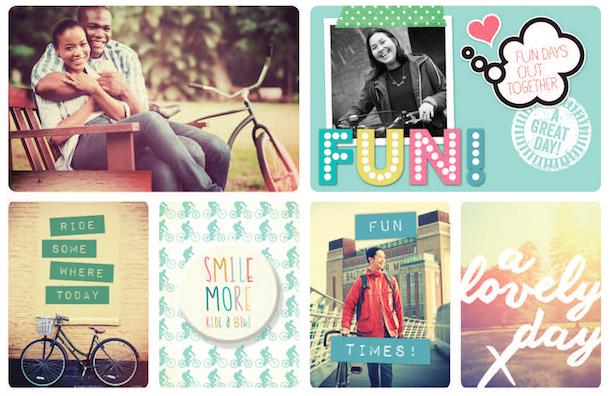 Newcastle - Cycling in the City.png

Newcastle cycle campaigners say that without paying for infrastructure changes, a city-wide drive to get more people on bikes is bound to fair.

Newcastle City Council’s Cycling in the City project is focused on addressing the barriers to cycling and will aim to encourage people to give it a try - but some campaigners say it’s just the same old tired attempts.

Katja Leyendeker, chair of the Newcastle Cycling Campaign, said that the infrastructure had to come first.

“We have being doing the exact same things, like Dr Bike sessions and talking people into cycling, for 20 years,” Ms Leyendeker told the Chronicle Live.

“It’s nothing new and it won’t work unless it is coupled with actual changes to our environment and highway infrastructure.

“They need to do something to make it safer for people who want to cycle before encouraging them to go out there and cycle to work or to the shops.

“There is a need for major infrastructure changes and engineering solutions on the roads.”

However long time cycling advocate, Carlton Reid - who also lives and works in the Newcastle area - thinks the council should be given credit for its efforts to encourage more people in the city to cycle.

"Many cycle advocates have long campaigned to get local authorities to stop promoting cycling with MAMILs in hi-vis and helmets. It’s very much worth praising Newcastle City Council for taking a more inclusive approach. It’s fabulous to see a council portray cycling as both normal and aspirational. Naturally, this doesn’t mean we should take our eyes off the ball and allow the council to instal shoddy infrastructure.

"But it’s important for cycle advocates to be positive. There’s a place for negative campaigning to highlight road justice, but let’s help spread the joy and freedom, too. Current cyclists cycle despite the sometimes crap infrastructure and we need to see political will to change things for the better. By portraying cycling as something for everyone Newcastle City Council is helping to create the atmosphere where true change is more likely.

"Infrastructure provision is important but what we also need are the "multi-faceted, mutually reinforcing set of policies” so brilliantly described by John Pucher and Ralph Buehler’s influential 2008 report Making Cycling Irresistible. http://policy.rutgers.edu/faculty/pucher/Irresistible.pdf  They are two of the world’s leading academics in this field. The report stresses: “The most important approach to making cycling safe and convenient … is the provision of separate cycling facilities along heavily travelled roads and at intersections …”

"Critically, they add: “ … separate facilities are only part of the solution.” This point cannot be repeated often enough.

"Pucher and Buehler explain further: "Dutch, Danish and German cities reinforce the safety, convenience and attractiveness of excellent cycling rights of way with extensive bike parking, integration with public transport, comprehensive traffic education and training of both cyclists and motorists, and a wide range of promotional events intended to generate enthusiasm and wide public support for cycling … The key to the success of cycling policies in the Netherlands, Denmark and Germany is the coordinated implementation of [a] multi-faceted, mutually reinforcing set of policies.”

"We need to encourage all of the measures that encourage cycling, and that includes marketing, when done well."

Newcastle has been the beneficiary of some Cycle City Ambition funding in 2013- to the tune of £5.7m which is supposed to help provide new and better cycling routes.   However much of the money is being spent on training cycling and walking champions and supporting low activity families to try cycling and walking.

Professor Eugene Milne, Newcastle’s director of public health, said: “As part of the council’s new public health role, we see the investment in this programme as a key initiative to engage our residents in more physical activity which is both healthy and fun.

“We’re also being extremely cost-effective by using our own council vehicles, which travel all over the city every day, to help promote the project.”

There are also beginner cycling sessions and maintenance courses.

Coun Jane Streather added: “We know there are specific issues that need to be addressed to make it easier, safer and more pleasant for people to cycle and walk around our city and this programme addresses these issues and will help boost the amount of Newcastle residents who cycle as part of their everyday lives.”

You can find out more about Newcastle's, Cycling in the City Project via it's Facebook page.