Ritte Ace launches in the UK

Belgian influenced US brand Ritte has added the new Ace to its 2015 range, and it was revealed in the UK for the first time at the annual trade-only Core Bike show this week. The new flagship frame builds on the Vlaanderen with a substantially reworked carbon fibre frame to increase the stiffness and lower the weight, and drops the integrated seatmast for a regular seatpost. The Ace frameset will cost £2,000 and is available in three colours. 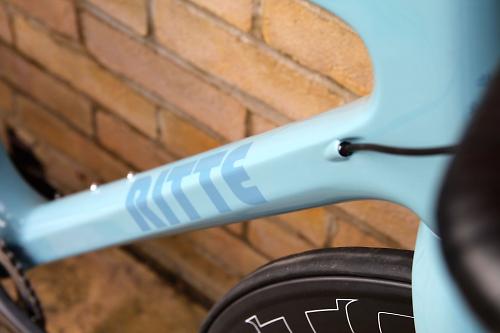 The new Ace retains the geometry of the Vlaanderen (which is a little longer than a regular race bike) but uses T700 and T1000 carbon fibre to achieve a lighter frame. They claim a 980g weight. Despite the lower weight the new frame is said to be stiffer than the Vlaanderen, and you can see how much it has oversized the frame in the key areas, particularly around the bottom bracket area to achieve this increased stiffness. 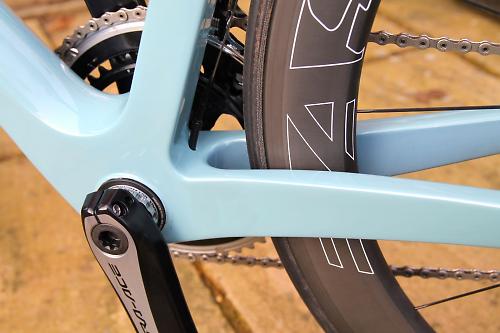 The new frame is fully compatible with mechanical and electronic groupsets, with internal routing. There is space for 25mm tyres with ease, and they reckon some 28mm tyres will fit too. Wider tyres are gaining a lot of popularity and the capacity for up to 28mm tyres makes the Ace a very appealing option for British roads or riding pavé. 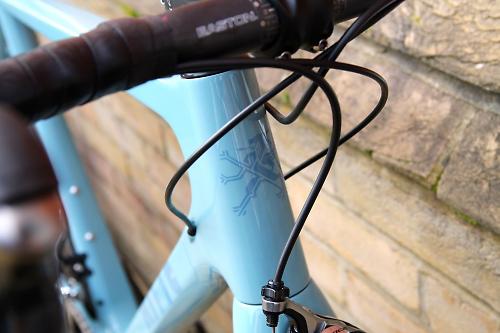 An asymmetric seat tube puts more material on the non-driveside,with an almost straight line from the edge of the Press Fit 30 bottom bracket up to the seat clamp, while the seat tube driveside curves in to provide space for the front derailleur. 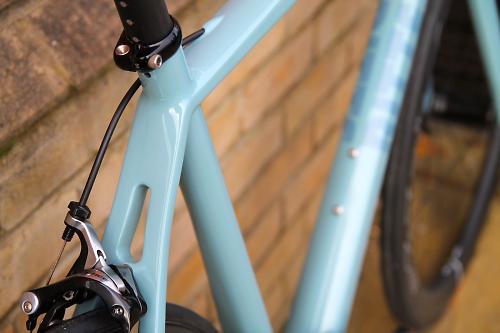 The Ace is available in six sizes (XS through to XXL) with three colours to choose from, including this Light Blue which we think looks just lovely.  Unlike the Vlaanderen with its integrated seatmast, the Ace opts for a regular seatpost. The frame accepts a 31.6mm post, a little odd that it hasn’t gone with a 27.2mm seatpost to eke out a little more comfort as many manufacturers are doing. The fork weighs a claimed 360g and plugs into the tapered head tube. 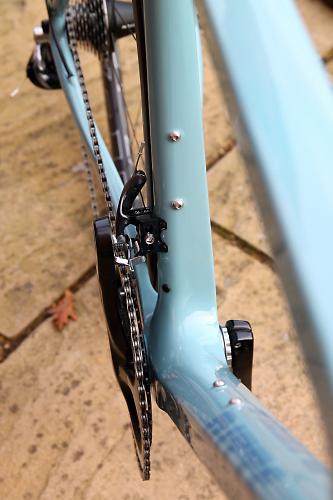 Ritte is heavily inspired by Belgian cycling culture; the classics, cobbles, frites and beer. The name comes from Henri “Ritte” Van Lerberghe who showed up to the 1919 Flanders startline without a bike, borrowed one from a local, and attacked the peloton instantly. Such was his lead, that he had time to stop in a pub for a drink. One turned into four, and he still had the time and energy to get back on his bike and win the race. It’s that sort of spirit of racing and riding that inspires Ritte. 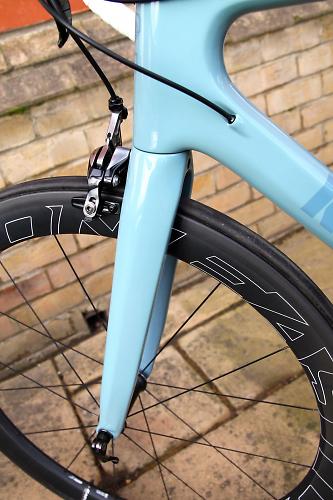 More at http://rittecycles.com/ace/ and Ritte is distibruted in the UK by www.silverfish-uk.com. We should hopefully be getting this very bike in for review soon so I look forward to swinging a leg over it and seeing how it rides. I've been aware of Ritte for a few years, but not had the chance to ride one as yet.