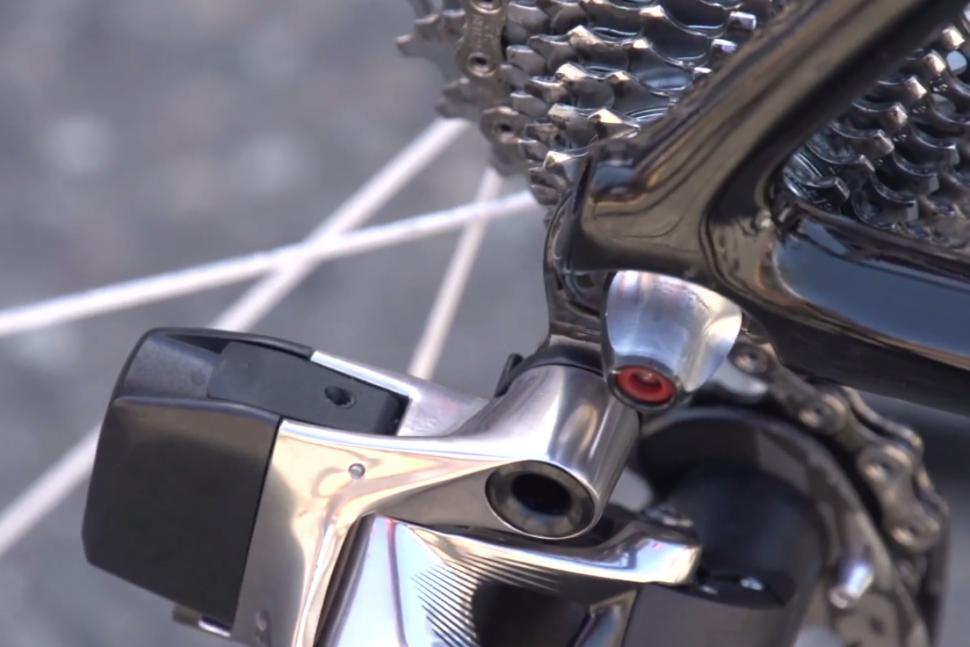 The big news in the cycling tech world this year could be the potential release by SRAM of its brand new wireless groupset, which it has been working on for several years and was first spotted in the wild early last year. The prototype groupset is currently being raced in the Tour Down Under by some of French AG2R squad, which is where this video comes from.

This is the first time we’ve seen a video of the new groupset actually in action. The video shows an AG2R mechanic setting up a team bike with the wireless groupset. Now, it's clear that the mechanic is setting up the limit screws on the front mech causing some dropped chains, but apart from that what we can determine from the video is not only does the groupset work, but it provides very sharp and quick gear changes.

Also apparent from the video is that the rear mech doesn’t appear to have changed much from the first photos we saw last year, suggesting that SRAM was pretty close to production last year. The parts might even be production level, they certainly don't look like they've been hastily knocked up with a CNC machine. There’s the same large black unit at the back of the mech, which we must assume houses the battery and communication sensors. 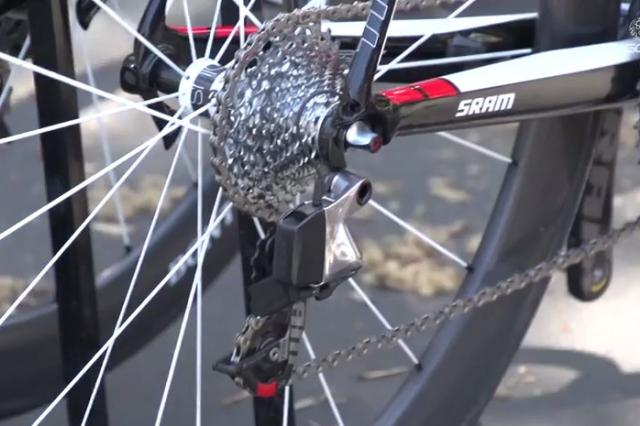 When is SRAM going to release the new groupset? Our guess, given its debute at the TDU and how ready it looks, would be a rollout at the Tour de France. That's the obvious place to launch it, but they could launch it sooner - some of the teams can be hesitant about using new and untested kit at such an important race as the TDF. The groupset certainly appears ready for production, and the fact a few of the AG2R team appear to be using it, with no problems so far reported, is a good sign of its readiness.

SRAM is late to the electronic groupset market, but it does look to have made up for that with the introduction of arguably the biggest advance in groupset technology: the elimination of gear cables and wires. Reliability is going to be the key to its success though. Ever had problems getting your heart rate monitor to sync with your Garmin, or a flaky WiFi connection when you're trying to send an important email? You don't want to be in a bunch sprint and your wireless groupset being unresponsive do you now.