SRAM may not have been very good (intentionally or otherwise) at keeping their long awaited electronic groupset secret, but they have been better at keeping the fact that it is wireless under wraps - until now.

Earlier this week we got our first real look at the groupset via a CGN video. Now those decoy wires (c’mon SRAM it’s only a groupset) have come off and GCN have got a lot closer still, talking to riders on the Bissell Development team who have been using the new groupset for some time it would appear.

So what do we learn?

It’s not Double Tap . You press once on one shifter to change up at the back, once on the other to change down and both at the same time to shift at the front. As has been pointed out you can already program Shimano Di2 to do this. Double Tap would have been really hard to program and operate in an electronic system and has always had at least as many detractors as fans.

There is no battery unit so the batteries for the front and rear shifters are in the motors. The levers must also contain batteries to power the wireless transmitters. 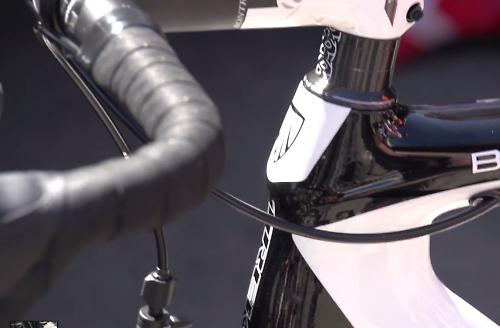 Look ma, no wires. Only a brake cble connects the front and rear of the Bissell team bike,

It’s robust and reliable, say the Bissell riders. Well, they would. It will have to be, though: SRAM can’t afford any more recall disasters. However, it bears repeating that their disc brake woes stem not from poor design, but a failure of quality control, and that’s something that only shows up in production.

“it’s more aero,” says Tao Geoghan Hart . Marginal gains and all that. There must be some advantage, but given that so many bikes have internally routed cables only a wind tunnel could tell us how much. 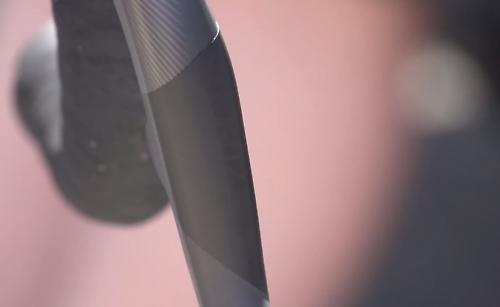 What's under the tape on the brake lever? GCN suspects an embossed 'Red' logo.

The Ant+ or Bluetooth (or both) wireless system used gives exciting possibilities for a head unit to give you lots more information about what your bike is doing . Or at least what its gears are doing.

It could be lighter than the equivalent Shimano or Campagnolo. The jury is out on this one as the size of the motors plus batteries on the front and rear deraileurs doesn’t suggest lightness. Looks can be deceiving though, and SRAM have done away with all of those heavy cables. Our guess is that is it lighter than competitor systems, but not by much.

So what are the advantages of a wireless electronic groupset over a wired one?

It should be marginally lighter.

SRAM could (in theory) incorporate a hydraulic brake master cylinder without the aesthetic implications that affect the current SRAM 22 hydraulic levers.

Did we mention it looks cooler?

We don’t know yet. So long as the system is reliable, robust and weatherproof it’s hard to think of any.

The big worry for users will probably be that the signal from the levers to the mechs could be disrupted, but unlike say, a GPS, this is a system in which the constituent parts only need to talk to each other when you want to make them do something: change gear. So even if the system did suffer from interference or disruption to affect performance it would have to happen at the same time you were trying to change gear. 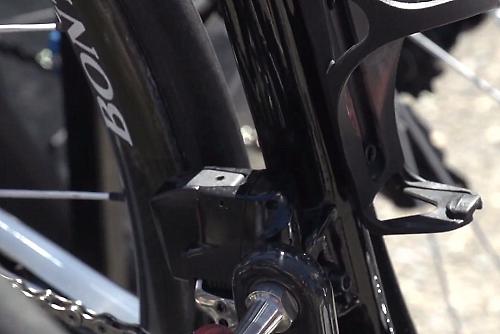 The front derailleur has a hole where the previous decoy wires went in. Could it be a charge port?

On the other hand sceptics will point out that an ethernet cable generally gives a faster and more reliable connection than wi-fi. You don't need to operate your gears from your front room when your bike is in the hall so if you're going to use electronic gears why step away from the tried and true? That will probably be the biggest sales challenge for SRAM when it comes to selling the groupset after market.

What the point of the decoy wires was and why they’ve now come off (maybe they fell off?) only SRAM’s marketing department and the Bissell Development team can truly tell us. That world’s bike media has written about SRAM electronic twice in a week rather than once probably tells us all we need to know. 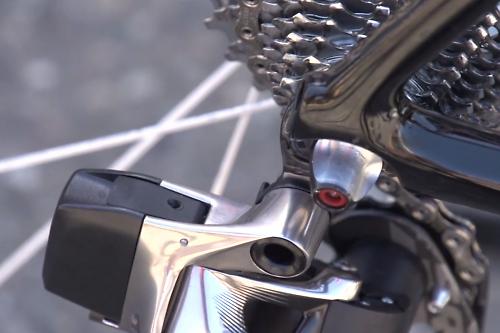 It's easy to imagine the battery being inside that black housing. Perhaps you flip up the latch and pull it off for recharging.

That SRAM have opted for a  wireless set up should be no surprise: many in the industry have predicted that is exactly what they would do. Indeed there would be very little point in them going down the electronic route if the final offering was going to be a late-to-the-party product that offered no more than Shimano Di2 or Campagnolo EPS. Earlier this week James Huang, BikeRadar’s technical editor in the US produced a masterful piece of work on the new groupset, seeing through all those decoy wires, and explaining why SRAM electronic had to be wireless. He even had patent drawings to hand.

One of the other clinchers for Huang that the new groupset was wireless was that SRAM have plenty of form  when it comes to choreographing a big launch with ‘leaks’, staged spy shots, and even dummied up prototypes. He might also have mentioned (but didn't) that an in-depth James Huang exclusive is often one of the final moves in SRAM’s elaborate launch rituals.

What the likely battery life is we don’t know, nor do we know for sure how the batteries will be charged. Will they be easily removable for external charging or are those holes in the mech bodies in fact charge points?

When are you likely to see SRAM wireless in your local bikes hop? Bissell’s Geoghan Hart reckons it’s a year away; all the kerfuffle of the past few days suggests it could be here some time sooner.

If it’s spotted on a WorldTour bike in the near future then we’ll expect to see it at Eurobike this year; if not, then Geoghan Hart may be right. However, the clock is ticking under article 1.3.007 of the UCI technical regulations which says that prototype equipment can only be used if it is going to be available to buy within nine months of its first use in a race.

So we've been having a trawl of the US patent office website this morning, and turned up SRAM's pending patent for "electronic shifting systems and methods" filed on 12 December 2012. It's clear SRAM have been working on this a long time and they've done well to keep it under wraps until now. 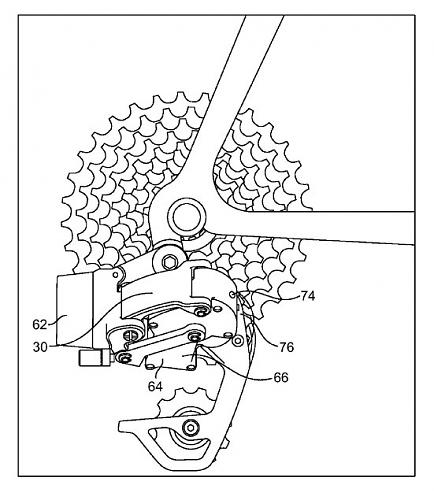 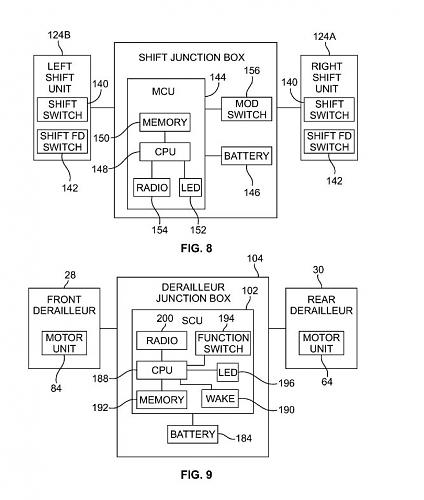 As for the wireless protocol, the patent indicates a " 2.4 GHz transceiver utilising AES encryption and DSS spread spectrum technology supporting 16 channels and the IEEE 802.15.4 communication protocol."

Interestingly, it looks like the groupset will be able to communicate with devices like a smart phone or cycling computer. "It is also possible for the present system 22 to communicate with other third party devices using standard protocols such as ANT or Bluetooth Smart (BTLE)."