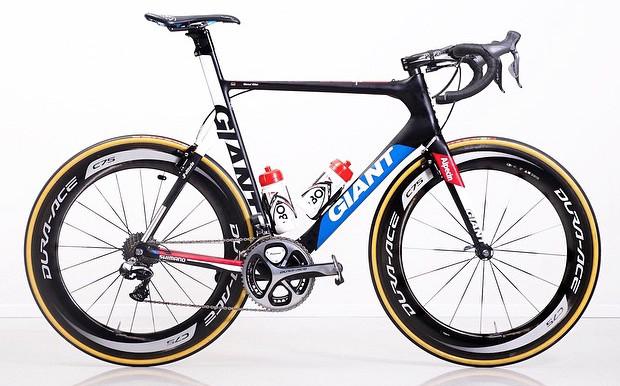 It’s a busy time of year for the professional teams as they embark on early season training camps in sunny climes preparing for the new season. While some teams are getting familiar with new bikes and kit, Marcel Kittel is riding the same Giant Propel he raced last season, despite his team changing from Giant Shimano to Team Giant-Alpecin this year. 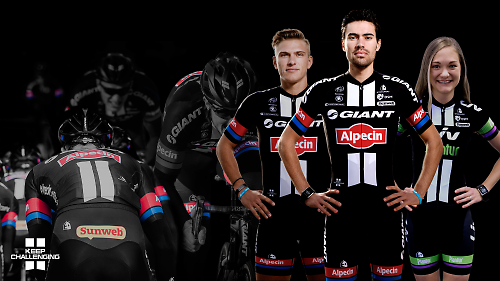 The new look team was revealed in Berlin yesterday. With Shimano stepping down as joint title sponsor as Alpecin, a German shampoo company, becomes a title sponsor, there’s a new kit design. The team says was the new kit was “designed around the keep challenging stripes capturing the team’s sporting DNA in a visual design. These stripes represent the continuous development of both the athlete, represented by the first stripe, and the development of the elite sports environment, represented by the second.”

As well as the new kit, there’s a slight revision to the graphics and colours on Marcel Kittel’s Giant Propel, the aero bike that he used so convincingly last season, but essentially it's unchanged. There’s now a large blue panel on the down tube embracing the Giant logo, a large white panel on the seat tube extending up to the saddle, and a dash of red on the fork and chainstays along with the new team sponsor logo. 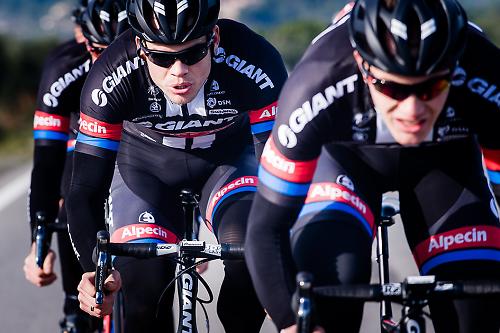 The team will still be sponsored by Shimano, despite the Japanese company handing over the title sponsorship reins. So Kittel’s bike is decked out with Dura-Ace Di2 and matching Dura-Ace wheels, in this instance C75 tubular wheels - but he’ll have the choice of the shallower C50 as well, which he raced in the Tour de France last year.

Finally, PRO (the component company owned by Shimano) will supply stems, handlebars and saddles, in this case a Turnix. As a sprinter Kittel demands absolute stiffness from his components, so it’s no wonder he opts for PRO’s enormous Vibe Sprint carbon stem.

The team are on their way to Australia for the Tour Down Under so we'll soon get a better look at the new kit and bikes.

1
'She is frozen in time' Father pays emotional tribute to daughter killed by unlicenced HGV driver
2
Police chief admits force 'mishandled' investigation into teen truck driver who hit six cyclists
3
Coroner criticised for claiming there was 'nothing practical' he could do to prevent a repeat of fatal collision
4
Man stops to help stranger fix bike – and realises it’s his own which had been stolen
5
Bespoked 2021: huge gallery of stunning bikes as UK's handbuilt bike show celebrates 10th anniversary
6
Farmer attacked cyclist with billhook after road rage row over cycle lane
7
'Two and a half second' cycle lane is not a cycle lane, says council
8
Delivery driver who killed cyclist while high on cocaine jailed for seven years