French team Cofidis switch from Look to Orbea this season, here's a look at their new ride
by David Arthur @davearthur

French professional outfit Cofidis have switched from Look to Orbea bikes for 2015 in a two-year deal, and the new bikes they’ll race this season have just been unveiled at an early season training camp in Majorca.

After 20 years with the Euskaltel-Euskadi team, which folded at the end of 2013, Orbea paired up with Team Novo Nordisk last season, a US team with UCI Professional Continental team status, one notch down from WorldTour. Cofidis aren't a WorldTour team (they're UCI Professional Continental status too) but they had a wildcard to ride the Tour de France last season, so Orbea will be hoping that's the case again. Look meanwhile have paired up with Bretagne-Séché Environnement. 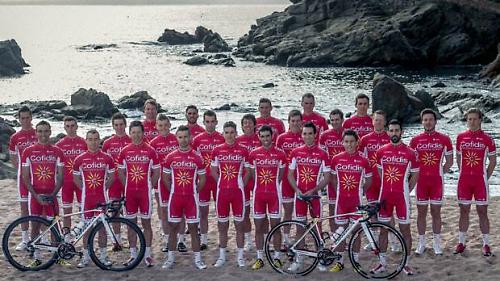 The team will race the Orca, the Spanish company's flagship race bike. Orbea have been honing and tweaking this model for the past decade. It got a major update last year, they took it back to the drawing board and redesigned it from the ground up. It retains many of the key visual aids that makes it one of the nicer looking bikes in the peloton, but they’ve shaved some weight. A 53cm frame now weighs a claimed 900g. That’s obviously some way from the lightest frame being raced in the peloton, but teams have little trouble hitting the UCI’s minimum 6.8kg weight limit anyway.

To shed the weight, Orbea have slimmed down the tube profiles and made them straighter, so it’s a less curvy affair than before. It’s still beefed up around the bottom bracket, lower down tube and chainstay area for that desirable power transfer that racers seek, and demand. There’s also now a PF86 bottom bracket, which allows a lot of the oversizing going on down there. 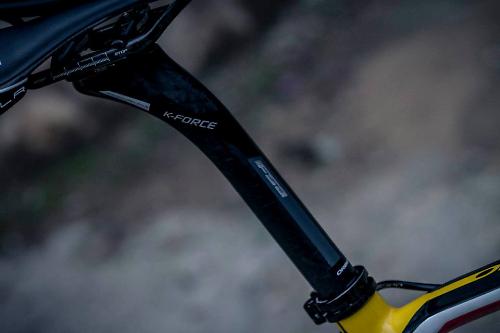 The aero seatpost, a key design feature of the old Orca, has vanished. It's been replaced by a round seatpost in an on-trend 27.2mm diameter, which should give a nice comfort boost. Also gone is the old integrated seatclamp, in its place is a regular external clamp. 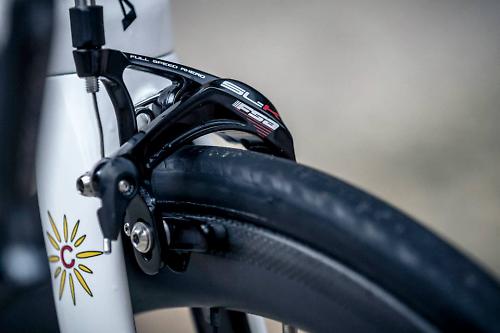 We tested the previous incarnation of the Orca early last year and found it a very fast bike but a little on the stiff side, so it’ll be interesting to see if the changes to the new model have addressed the concerns we had with its lack of smoothness. 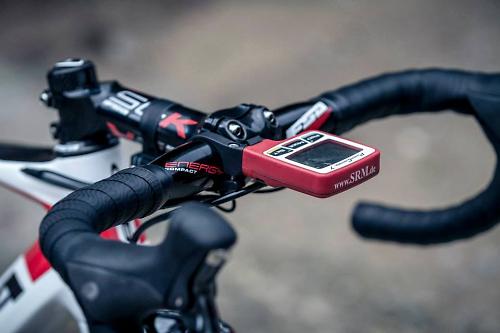 Cofidis remain with Shimano for another year, but swap Mavic for Vision Metron wheels. They’ll race Dura-Ace Di2 groupsets, but only use the shifters/brake levers and mechs, the rest of the groupset is supplied by FSA, with K-Force Light 386 cranks with SRM Power Meters and SL-K brake calipers - they’re not the only team to be using FSA brakes, Tinkoff and Quickstep have also been confirmed as using them. 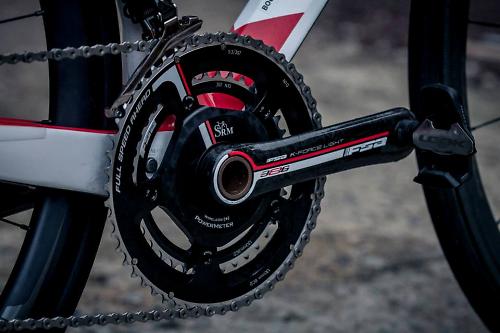 Handlebars, stems and seatposts will also be from FSA, with the carbon K-Force post combining with sturdy aluminium Energy Compact bars and SLK stems. A lot of pros use aluminium handlebars, becuase they don't have to worry about the weight limit, sometimes they actually need the little extra weight, and some prefer the durability of aluminium. They’ll sit on Selle Italia saddles. 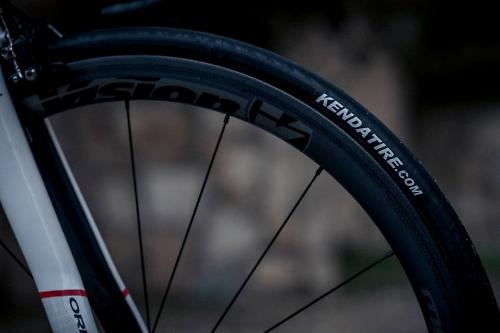 Vision will supply the team with their Metron wheels (we were impressed with the Metron 40 Tubulars when we tested them last year) and they’ll roll on Kenda tyres. They’ll continue to use Look’s Keo Blade 2 pedals. 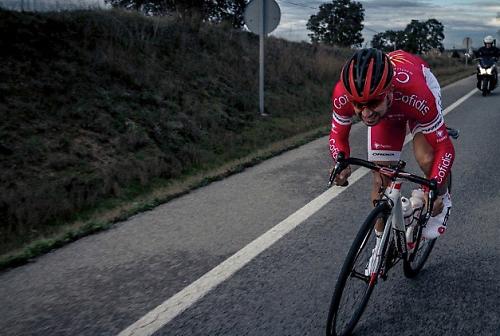 Sprinter Nacer Bouhanni has been acclimating himself to the new bike and commented on the Orca:

“I felt very good. When you accelerate the response is perfect. Honestly, it is the fastest bike I ever ride.”

Well, he would say that wouldn’t he. Still, if his season is as successful as 2014, expect an Orbea Orca surging first over the finish line to become a common sight.