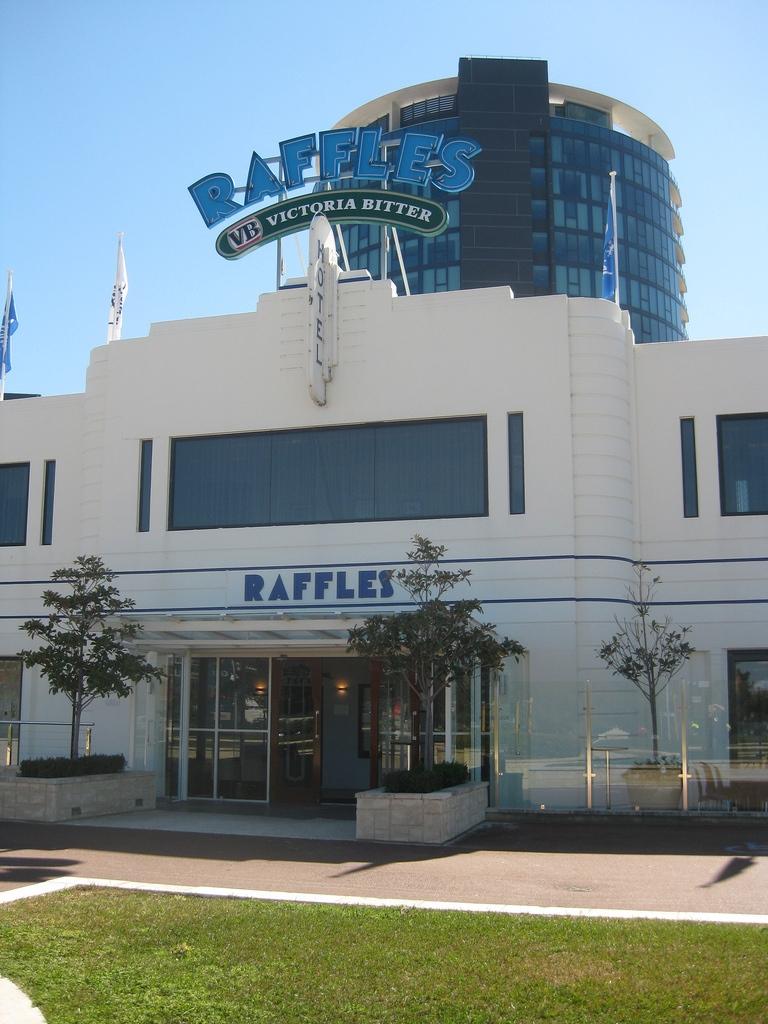 Riders in Perth told there was a "strict policy of no lycra" ...
by Alex Bowden

The West Australian reports that a group of four cyclists was turned away from Perth pub, The Raffles Hotel, by a waiter who told them there was a "strict policy of no lycra". While Raffles management have since claimed that the incident was a misunderstanding, one of the cyclists describes this as ‘nonsense’.

Ross Powell, who owns Canning Bridge Cycles, said: "I was absolutely shocked. There was no miscommunication: the guy came out and he said, 'Sorry, we can't serve you, we have a strict policy of no lycra'. It was very, very straightforward."

However, Colonial Leisure Group State operations manger, Vern Fogarty, said that the issue was not the lycra, but bikes being left against walls or close to paths. He claimed they were a safety risk and that nearby residents had complained. "It is not our dress standard. We've served cyclists in lycra in the past and we're happy to serve cyclists in lycra in the future."

Management have since said that their policy only applies to ‘large groups of cyclists’ without specifying how many that means.

Local cycling groups feel the pub has missed an opportunity and say that the incident is symptomatic of an ‘us and them’ attitude towards cyclists.

Peter Bartlett, from the Bicycle Transport Alliance, said: "It's not an us or them, it's an issue of goodwill. I wouldn't say that cyclists are fault-free but I'm sure with a bit of consideration the issue could have been addressed."

Bicycling Western Australia chief executive, Jeremey Murray, says that the pub could capitalise on the huge number of cyclists passing through by investing a few hundred dollars in bike racks.

For their part, Raffles management have suggested the local council should provide this. City of Melville chief executive, Shayne Silcox, said the city had identified a need for bike facilities and planned to install racks close to the Raffles and the Canning Highway bicycle path.