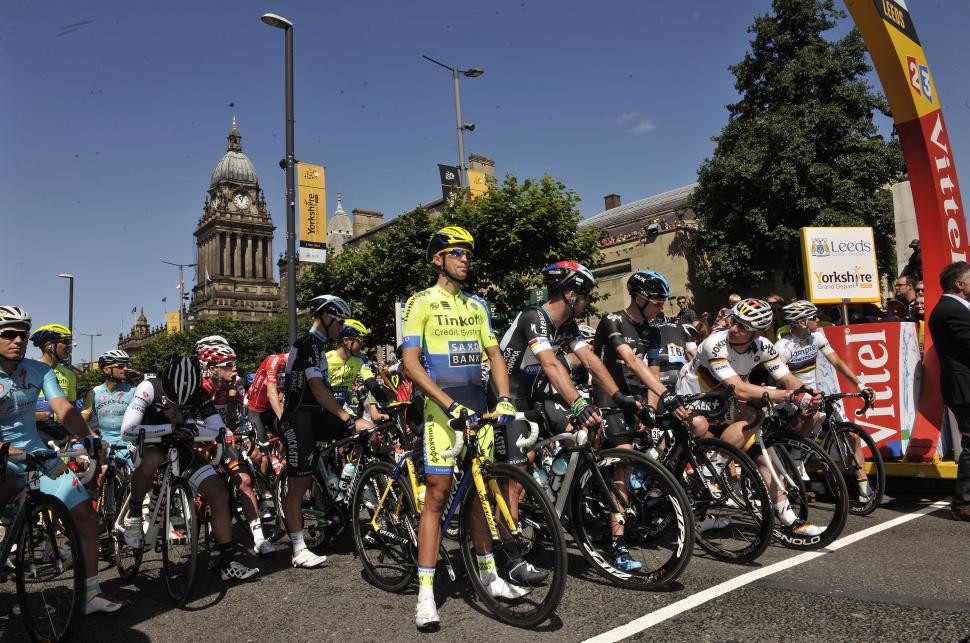 City that hosted Grand Depart of this year's Tour de France aims to build on race's effect...
by Simon_MacMichael

Leeds City Council says spending money on hosting next year’s inaugural Tour de Yorkshire will be worth it, saying they are keen to “make the most” of the momentum created by this year’s Grand Depart of the Tour de France.

Details of the first edition of the race, which will take place from 1-3 May, will be unveiled on 21 January, but the stage towns were revealed last week.

Those include York, whose council is spending £150,000 on the event, and Scarborough, which is investing £135,000, plus Bridlington, Selby, Leeds and Wakefield.

According to the Yorkshire Evening Post, including contributions from county councils in East Yorkshire and North Yorkshire, the total amount being spent on hosting the race will run into several hundred thousands of pounds.

That is on top of the £11 million that was spent by local authorities including those in York and Leeds, as well as North, South and West Yorkshire county councils, on staging the opening two days of the Tour de France in July.

Gary Verity, chief executive of Welcome to Yorkshire which is organising the race alongside ASO with the support of British Cycling, said that for local councils, putting on the new race would be “far less onerous than the Grand Depart.”

He added: “Although this isn’t the Tour de France and it is not a ‘grand tour’, this is still very significant.”

Leeds City Council’s executive member for leisure, Councillor Lucinda Yeadon, would not disclose how much it was spending, but said: “We have got to make the most of the Grand Depart and the economic benefit and the messages around getting people more active.”

Leeds hosted the build-up to the Grand Depart, including the team presentation, and was also the location of the start of Stage 1, which was won in Harrogate by Giant-Shimano’s Marcel Kittel.

Besides the men’s race, there will be a women’s race on Saturday 2 May and a sportive the following day that will include some of the roads used in the Tour de France.

Last week the city council in Sheffield, which hosted the finish of Stage 2 of July’s race, said it had decided not to bid to host the Tour de Yorkshire to give other places in the region the chance to experience top-class cycling.

1
Cyclist reports four close passes to police... and is told he could be prosecuted
2
Updated: Snapped handlebar that caused Australian rider to crash in men’s team pursuit was made by Bastion Cycles, brand confirms
3
Team GB says Denmark Olympic team pursuit squad should be banned over use of medical tape on legs and "aerodynamic undervest"
4
Olympics: 'Medical tape' row as record-breaking Danish pursuit team accused of bending UCI rules
5
Chef grabs hammer during road rage argument with 17-year-old riding side by side with dad
6
TalkRadio slammed for holding poll asking 'Are cyclists a danger on the road?'
7
Bike at bedtime: take a look at Chris Boardman’s Olympic-winning Lotus Type 108 track bike
8
Father of two nearly killed in collision urges people to 'think about the hurt they could cause'