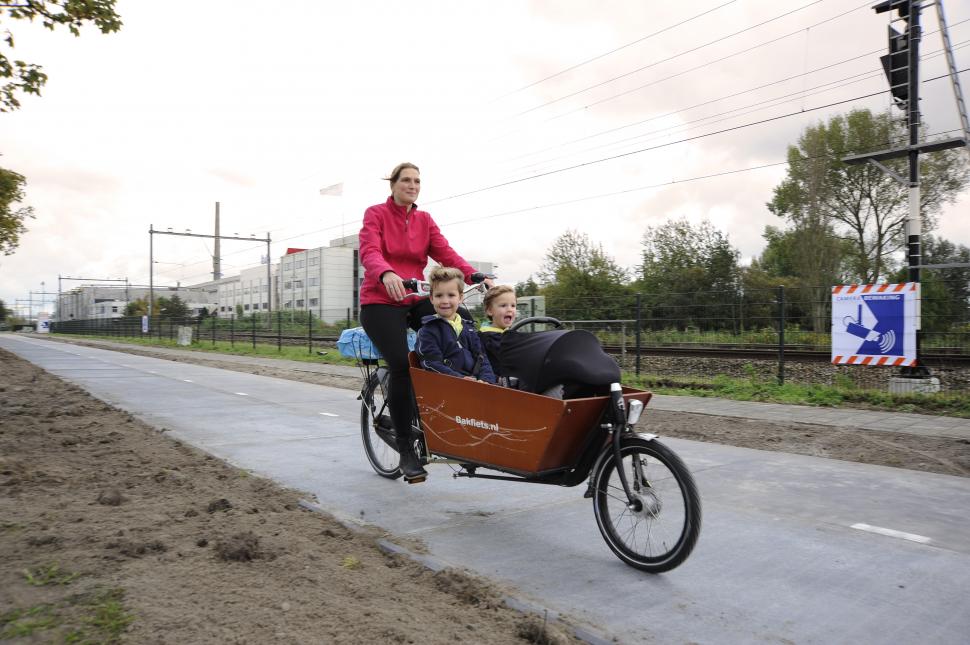 Only open for a month, solar cycle path in the Netherlands has already broken down
by Sarah Barth

A solar cycle path in the Netherlands designed to convert sunlight into energy has broken.

The path in Krommenie, Northern Holland, designed as an experiment to see if more road surfaces could be used to produce energy, has failed thanks to poor weather which has caused the top layer to detach and break off.

The pilot path was only opened last month, and is around 70m long with a planned 30m extension by 2016. It will be extensively tested over the next three years, precisely to see if problems like these materialise, according to NOS.

The damaged area, around one metre of path, has been turned off, but the rest of the path remains open.

The modules in the other direction don’t have the solar panels, and are being used to test a variety of surfaces.

SolaRoad has been developed by TNO, the Province of North Holland, Ooms Civiel and Imtech Traffic&Infra.

The provincial government met half of the €3 million cost of the project, which in its current form can supply enough electricity to meet the requirements of three homes.

Eventually, SolaRoad could power street lighting and traffic systems, electric bikes and, and once deployed on roads used by motor traffic, electric cars.

Current testing is aimed at addressing issues such as its performance in a live situation, the amount of energy it produces, and how cyclists experience riding on the surface.

Prior to its deployment, it was tested in a laboratory to ensure it meets relevant safety requirements for road surfaces.