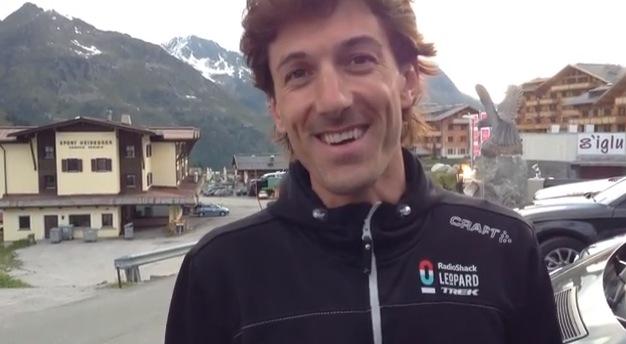 Fabian Cancellara says winning Tour of Flanders "is not enough"

Fabian Cancellara says winning the Tour of Flanders “is not enough” as he prepares to enter his final two seasons as a professional cyclist.

In a question and answer session published on the website of his Trek Factory Racing team, the 33-year-old said he felt “good” and “healthy” following the Luxembourg-based outfit’s recent training camp and that his “batteries are charged” for the year ahead.

The Swiss rider maintained his planned retirement following the 2016 season “doesn’t make me scared – more it makes me think. I just want to enjoy every moment. What I won, I have, and nobody can take that away. I don’t feel any pressure.”

Along with Philip Gilbert and Tom Boonen, Cancellara is one of the outstanding Classics riders of his generation – three victories apiece at Flanders and Paris-Roubaix, plus one Milan-San Remo win attest to that – but is also a four-time world time trial champion, and added Olympic gold in that discipline in 2008.

Asked how he felt about the 2014 season, which brought him that third victory at Flanders, he said, “Close the book and look ahead.”

Pressed on whether he viewed it as “a good book,” he replied: “There were lots of chapters, but all different. The highlight was Flanders, of course, and also my pretty strong 10-day ride in the Tour (de France) was also memorable.

He insisted, however. That “Flanders is not enough. I am not satisfied,” following a season in which he finished third at Paris-Roubaix and second at Milan-San Remo – his fourth consecutive podium finish in the Italian race that he won in 2008.

Cancellara then outlined his early season programme for 2015, which he described as “a traditional start: Middle East, Italy, Belgium leading to the Classics.”

He will be helped in the latter campaign by the addition to the squad of former Omega Pharma-Quick Step rider Gert Steegmans, and said the Belgian would strengthen Trek Factory Racing’s line-up.

The man who has won the opening stage against the clock in the Tour de France on five separate occasions, and thereby taken the race leader’s yellow jersey, wasn’t asked about his thoughts on next year’s edition, which begins in the Dutch city, Utrecht.

But with July’s race starting with an individual time trial – at 14 kilometres, too long to be classified as a Prologue – and the recent news that 2016’s Tour will begin with a road stage in Normandy’s Manche, department, it is likely to be his final chance to get into yellow.

“He is a strong guy and now the Classics’ team is stronger,” Cancellara said. “For sure, he raises the level. It will challenge the Classics’ group and also helps the sprinters. I’m happy. It was a nice Christmas present!”

Asked about his plans for Christmas, he responded: “For me it is a time for being with the family: Eating together, sitting down and opening presents and just enjoying the Christmas time.

“I love the ambience, the candles, the decorations. Already, I had put the Christmas lights outside before coming to camp!

“I always take one or two days of easy training at this time, and on the 25th no bike. We will celebrate at home with singing, listening to Christmas music, and of course eating a lot with a nice bottle of wine.

“Life is too short for bad wine! It's a time when you think back at the year that has gone by – for me December is an emotional month,” he concluded.