Giro surprised a lot of people when they first released their lace-up Empire ACC shoes, which stood out in a cycling shoe market largely dominated by velcro straps and ratcheting buckles. This year the US company have released the updated and lighter Empire SLX, which have a claimed weight of 175g for a size 42.5, so 350g for a pair - our size 45 test shoes actually weigh 408g for the pair. That's a whopping 200g lighter than the previous same size shoes we tested last year. 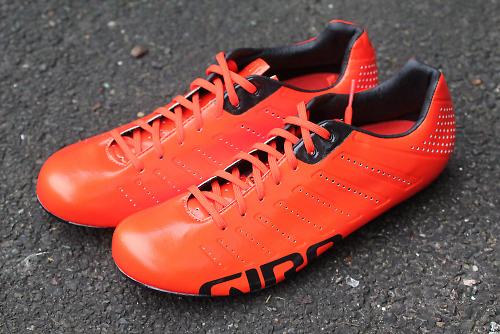 That’s a light shoe, indeed it’s one of the lightest cycling shoes on the market . Many people mistook the Empire for an indulgent retro-style shoe, harking back to the old days of cycling when lace-up shoes were commonplace. Instead, the Empire shoes have been adopted by racing cyclists, up to and including Taylor Phinney and our own Sir Bradley Wiggins.

Giro make a strong argument for laces, saying they offer more adjustment as there are seven adjustment points compared to just two or three with buckles and straps, and they’re lighter too.

“From different lacing patterns to more incremental adjustment points, laces simply provide more range when it comes to fit, and the feel is more natural,” say Giro. “They're also incredibly lightweight, easy to replace and hard to destroy in a crash.” 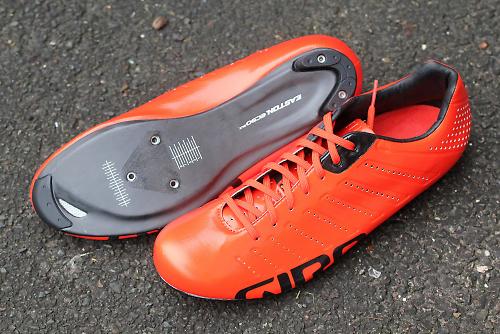 To save weight, Giro have used a new Teijin Evofibre SL for the upper, which they also claim is more breathable so there’s less need for mesh cutouts. It’s a one-piece upper with a breathable mesh liner bonded to the inside to offer the increased breathability. There are still perforations along the side of the shoe but they’re really there for styling. The sole is moulded from Easton EC90 SLXII high-modulus carbon fibre with a low 6.5mm stack height, and there is titanium bolts securing the replaceable heel pads into the sole. They use a regular three-bolt cleat mounting system, with marks and guides for lining up new cleats. 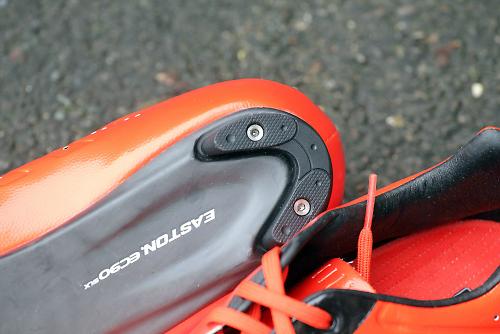 You can choose from two colours, white or this ‘Anodised Glowing Red’ which will certainly be grabbing you some attention out on the road. They cost £249 and come with Giro’s adjustable SuperNatural Fit Kit with various arch supports that can be added or removed. The Empire SLX is available in sizes from 40 to 48 with half sizes also available.