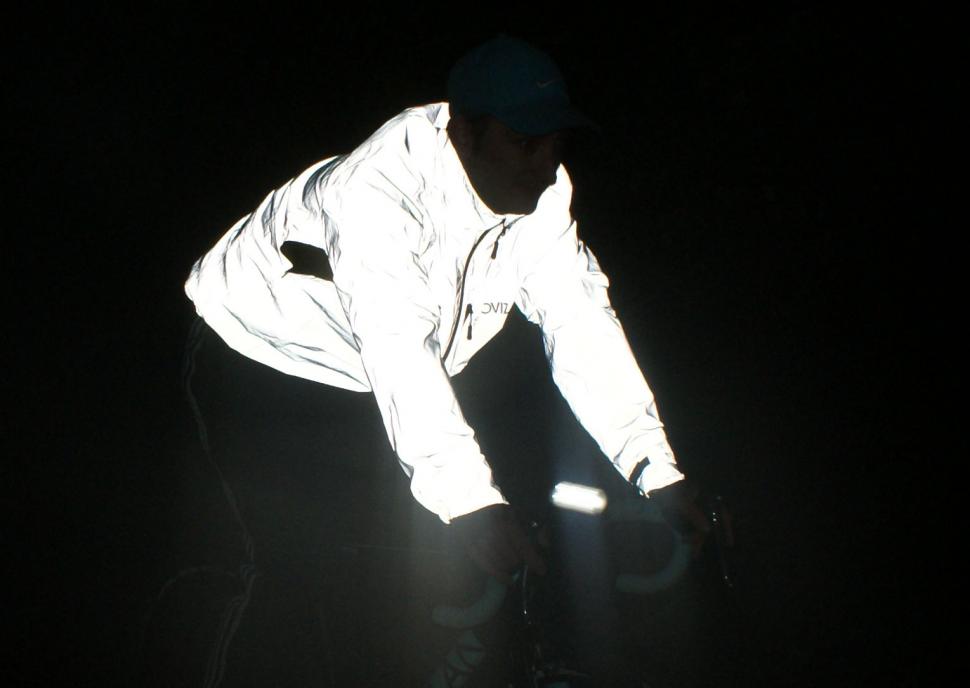 Viewers can toggle between dark jacket and reflective version - but video's ending could court controversy...
by Simon_MacMichael

Cycle clothing firm Proviz has released a hard-hitting video that aims to showcase the benefits of its Reflect 360 jacket, reviewed here on road.cc last month – but it’s one that could court controversy.

The video, which can be watched online at outofthedark.tv – the company recommends watching it full-screen on a desktop, with headphones – follows a male cyclist as he hurries home through London.

He’s been working late and is under pressure to get there as quickly as he can.

By toggling the screen at appropriate points, viewers are able to see the difference the Proviz Reflect 360 makes to his visibility, rather than a dark jacket.

The music becomes more menacing whenever he is shown in the darker jacket, but when he is shown in it there’s also a suggestion that he is perhaps taking more risks than necessary in his haste to get home.

Where the video is likely to provoke most controversy, however, is in its final sequence. Still in the dark grey jacket, he waits at a traffic light and sets off when it turns green.

He’s then struck by a car emerging from a side street. We see his bike wheel spinning, lit by a flashing blue light, and his shattered phone, next to his foot as he lies prone on the ground, flashes with an incoming call – from his partner is the implication.

Quoted on trade website BikeBiz, Proviz co-founder Anthony Langly-Smith: "Most cyclists understand the importance of being seen when cycling at night, but many cyclists are riding with little or no reflective material.

"The video highlights the Proviz Reflect 360 cycling jacket, which is made exclusively from reflective material and has been in high demand this winter.

“We hope viewers will play around with the video and share it with friends and family so that as many cyclists as possible are aware of the safety benefits of being seen at night."

Proviz says it will donate £5 from the sale of every jacket, which costs £74.99, purchased via the link in the video to the Royal Society for the Prevention of Accidents.

Michael Corley, the charity’s head of campaigns and fundraising, said: “Cycling at night can be a risky business – so it’s really important that cyclists do all they can to be seen by other road users.

He added: "Proviz’s REFLECT360 jacket is a great way to increase visibility in the dark – while also raising awareness of our charity’s vital work, because £5 from the sale of each jacket will go towards our mission to save lives and reduce injuries.”

Proviz want to sell their jackets, and evidently they’ll want to highlight the benefits. But with neither high-visibility nor reflective clothing being compulsory for people on bikes, some may find the video’s conclusion in questionable taste, given the cyclist has done nothing wrong.