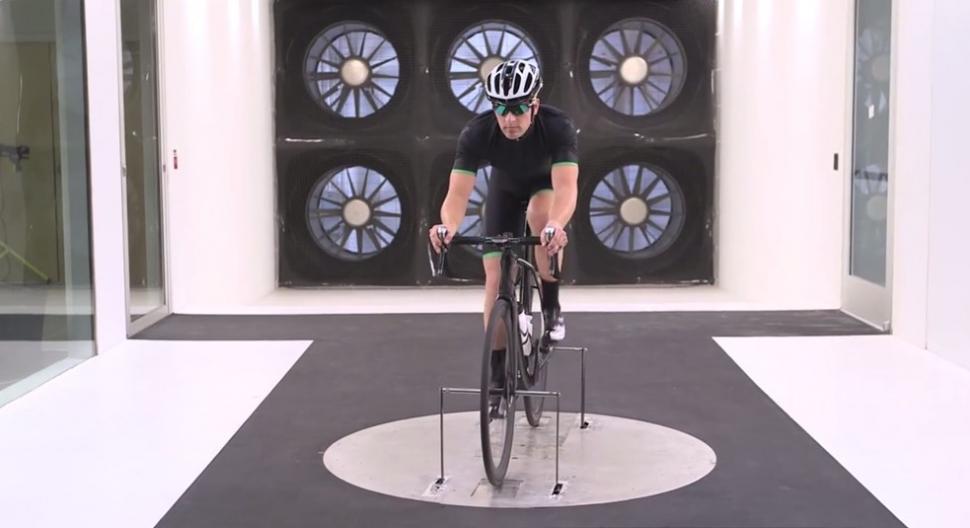 There’s only one way to find out: FIGHT!
by Mat Brett

Disc brakes and rim brakes offer similar levels of aerodynamic performance in a head-on wind but rim brakes are slightly more aerodynamically efficient in a crosswind, according to research conducted by Specialized.

Researchers from Specialized trialled two Tarmac road bikes in their wind tunnel in Morgan Hill, California, one with rim brakes and one with disc brakes.

The differences between the two bikes were the brakes themselves, the hoods, and the rims. The testing was conducted with the same rider aboard each of the bikes.

“At zero degrees, or a head-on wind, there was actually no difference between the two setups,” says Chris Yu from Specialized’s Aero R&D.

“When we introduced [a] 10° yaw angle to simulate a crosswind to expose those disc brakes, we started to see a little bit of a difference. Over our standard 40km distance we saw that the disc brakes were about 8secs slower than the rim brakes.”

Those were the only angles that Specialized tested: head on and 10°, so you couldn’t say that this is the most comprehensive research ever conducted.

According to Specialized, the aerodynamics doesn’t give the whole picture.

“If you’re doing any rides with a lot of descending or tight corners, that little bit of extra confidence that the disc brakes will provide may wipe out those 8secs over the 40km. So it’s really the whole package and not just the aero that you have to look at.”