Aero is everything, claim Specialized, and they’re backing this up with the building of their very own wind tunnel at their Morgan Hill, California, headquarters. The wind tunnel gives the design team unprecedented access to the most important tool in the current development race to produce faster bikes.

Aerodynamics have become an increasingly important factor in the development of road bikes, clothing and helmets in the past couple of years. Once the preserve of time trialists, the pros are now sporting aero designed products in stage races. The aero road bike is one of the fastest developing segments of the market right now.

Pretty much every new aero product comes with some bold claim about how many hours they’ve spent in a wind tunnel developing and testing prototypes, and with their own wind tunnel there's more scope for Specialized engineers to spend time refining products.

Building your own wind tunnel isn't cheap but Specialized have not given any indication of how much it has set them back. They've clearly taken a view that it will work out more economical in the long term. It will also allow their team of designers and engineers easier, quicker and more frequent access to the tunnel without having to book it many months in advance. And they can obviously spend more time in there as there’s no meter running.

Unlike many wind tunnels used by cycling manufacturers which are often designed for testing by the automotive and aerospace industries, Specialized’s wind tunnel is a smidgen smaller and has been designed from the ground up specifically for testing bicycles. It’s a smaller wind tunnel and Specialized claim this allows them to test with more accurate and precise conditions better representative of the speeds involved in cycling. 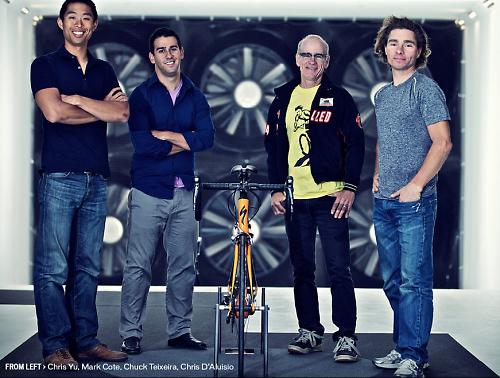 Specialized have also assembled a team of engineers that between them boast 50 years of aero experience. Chris Yu, Mark Cote, Chris D’Aluisio, and Chuck Teixeira have spent an incredible 20,000 hours in wind tunnels. Chris Yu has a master’s degree from Stanford and helped develop the S-Works +McLaren TT helmet. Mark Cote ran MIT’s wind tunnel for four years. Chuck Teixeira has been involved in aerodynamics and wind tunnel testing since the 1980s and brings a lot of experience to the team. And Chris D’Aluisio has been designing aero bikes since 2000, and was responsible for the Shiv and Venge. 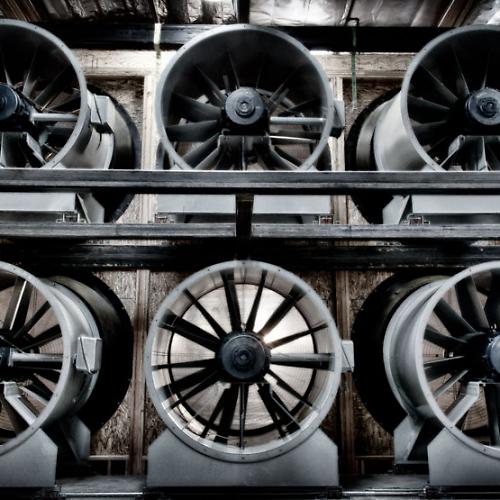 It’s an impressive team that Specialized has pulled together, and they’ve given them unparalleled access to the tools used to design aerodynamic products. Along with the wind tunne,l there’s Computational Fluid Dynamics (CFD), computer software that models the flow of air over shapes - a virtual wind tunnel, if you like. Specialized also conduct on-bike testing with their own Data Acquisition System (DAQ), this allows them to collect data such as power, speed, rider position and wind direction as an athlete rides a bike in a controlled environment such as a velodrome or out on the open road, to get real-time information, and validate testing in the wind tunnel.