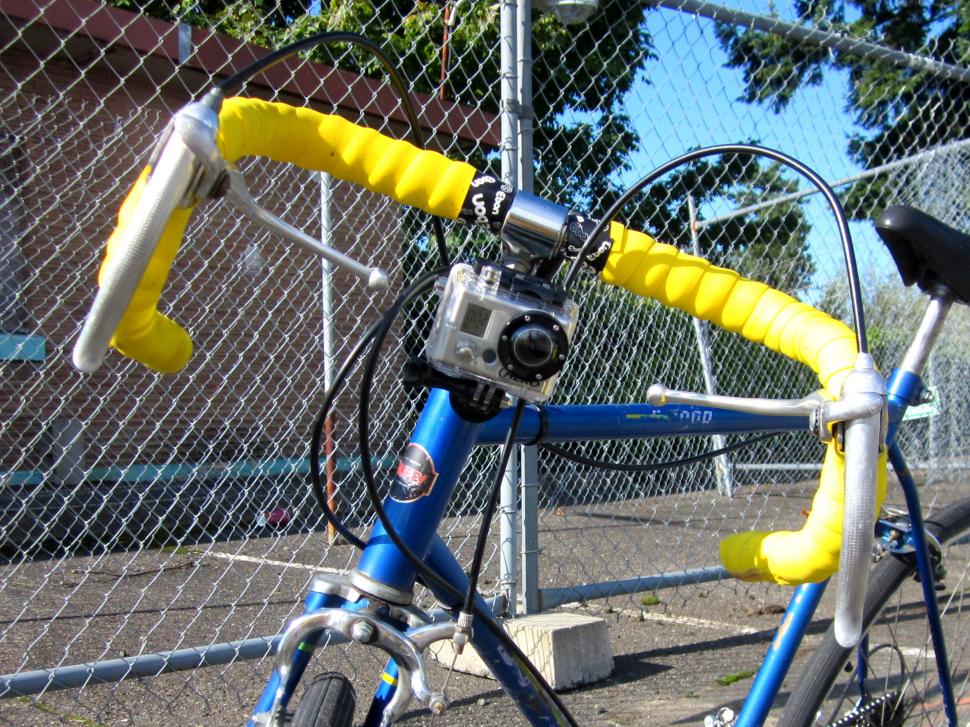 Another scalp for Glasgow campaigner David Brennan
by John Stevenson

Another motorist has been fined and had points put on his licence as a result of video evidence submitted by a well-known Glasgow cycling campaigner.

David Brennan, known as Magnatom on Twitter, has been using cameras to record drivers behaving badly for seven years.

The Scotsman's Alastair Dalton reports that two drivers reported by Brennan have been found guilty.

On his daily ten-mile commute from Torrance in East Dunbartonshire to Glasgow's Southern General Hospital, where he's a clinical scientist, Brennan has plenty of opportunities to record poor and even dangerous driving, which he posts on his YouTube channel.

In the case that most recently came to trial, a driver was fined and given points for careless driving after he was found to have approached too close to Brennan when passing him in a van towing a trailer.

Brennan told road.cc: "He pleaded guilty at the first opportunity. I think the fact that he lied in the video didn't help him."

In a previous case, a driver was fined after pleading guilty to dangerous driving by slamming on his brakes in front of Brennan on a main road into Glasgow.

Another five cases involving Brennan's evidence are still in the system. One, involving a driver charged with dangerous driving, goes to court on January 9.

Brennan told The Scotsman: "Cyclists are hugely vulnerable. Having a camera, if there is an incident, I can do something about it.

"If a driver is tailgating me, I turn round, and when they see the camera they pull back, so it can also adjust people's behaviour.

"Cameras are absolutely critical – if I had gone to the police in these cases it would have been my word against the drivers'."

Brennan says police reaction to his submission of video evidence has been variable.

"Yes, I've certainly had experience with police," he told road.cc, "ranging from being threatened with arrest, to being very enthusiastic to use my video evidence.

"Recently they got very annoyed with me (almost scolded me) for publishing a video before I spoke to them.

"I generally get a better response from them now, partly because they know me — they talk about my videos back at the station apparently — and because I know not to take any rubbish from them. You certainly have to chase them up. They never, ever get back to you and I've learned never to expect that."

Cyclists' use of helmet cams to gather evidence of dangerous driving is controversial.

Institute of Advanced Motorists (IAM) policy and research director Neil Greig told The Scotsman: "I have mixed feelings about them, as I fear they often generate more stress and anger than they solve.

"If helmet cams make cyclists feel less vulnerable then they may lead to behaviour that increases risk rather than reduces it."

However, a spokesman for the IAM, which has discount offers for dashboard cameras on its website, told us: "We have no difficulty [with cyclists using cameras to gather evidence]. Cameras do not necessarily capture everything that is relevant to a situation, but they clearly help."

1
Near Miss of the Day 848: An overtake worthy of the 'must get in front' title
2
Victory claimed for harassment campaign by “mob of decent people” as helmet cam cyclist deletes Youtube and Twitter accounts
3
“People need to see justice being done”: CyclingMikey says camera cyclists suffer online abuse because some motorists “feel they have the right to drive how they want”
4
You've heard of a coffee ride - now Canyon uses real arabica coffee for new Speedmax CF SLX finish
5
Near Miss of the Day 847: Careless caravan close call causes cyclists concern
6
Mavic launches the Cosmic Ultimate as “lightest wheelset in its category”
7
Murder suspect in deaths of father and son killed while cycling released on bail
8
Fancy a 3D-printed saddle custom-made for your butt? Plus more tech news from DT Swiss, Giant, 3T, Chris King, Classified, Stages & more