Here's your weekly roundup of the newest and most interesting cycling products, including some energy gels, a winter hat, new carbon forks, easier route mapping with Strava and bit more besides.

Enigma, best known for their range of steel and titanium frames, have just launched two new forks that will be available with their latest frame, as well as available aftermarket, handy if you’re building up your own bike. 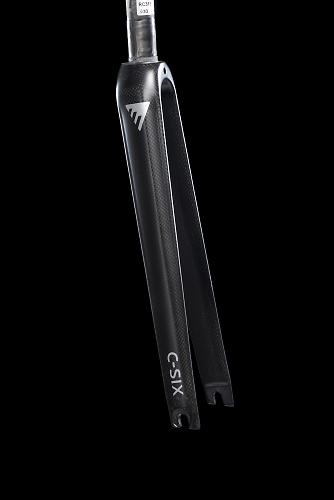 The C-Six Monocoque fork has “oblix” ovalised blades with carbon fibre dropouts, a 43mm rake and is compatible with 44mm head tubes. It weighs a claimed 330g, that’s with a 350mm carbon steerer tube. It costs £229.99. 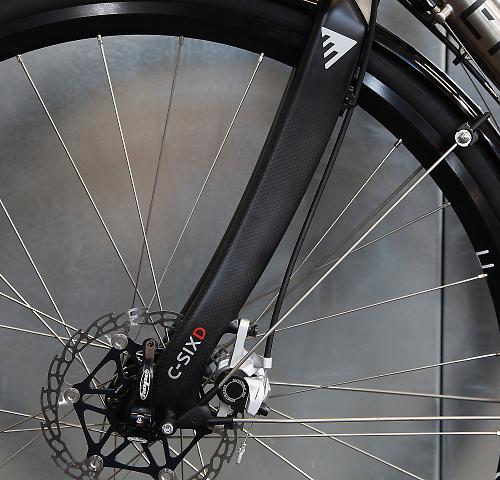 Then there is the C-Six Disc Fork, again full carbon fibre and designed for up to 28mm tyres with mudguards fitted. The dropouts have integrated mudguard eyelets and 45mm rake. Weight with a 350mm carbon 1 1/in steerer is a claimed 550g. This one costs £199.99.

There’s a growing number of disc-ready steel frames with regular non-tapered 1 1/8in steerer tubes, but there haven't been that many light carbon forks. Well that's starting to change, there are now a few options, and this is one to add to the list.

One of the reasons I love winter cycling so much is it gives me the chance to get my woolly hat collection out, but I might just put them all away with the release of this new Prendas Sublimated Pro Winter Hat. It's a very nice thing. 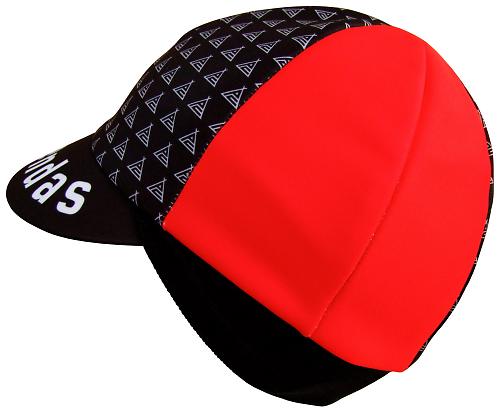 It’s made in Italy from an insulating and stretchy polyester material, with a soft lining, and is available in red or yellow - it's intended to match their Gore Windstopper winter jacket. The hat has the unique Belgian-style - short peak and fold down ears -  similar to their current winter hat that is a personal fave. It can be worn under the helmet but looks best without a helmet I reckon. It costs £19.95 and is available now over at www.prendas.co.uk

For those occasions when you need a double whammy energy boost, may we present the new 150mg SiS GO Energy + Caffeine Double Espresso Gel. It’s roughly equivalent to downing a double espresso, enough to revive you when your chin is on the stem and you're on your last legs. 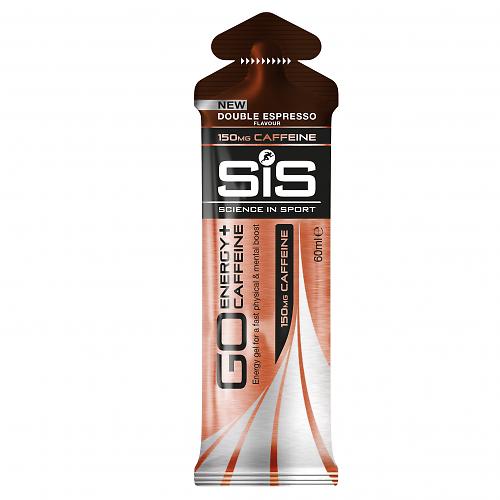 SIS previously offered the Berry and Cola gels with 75mg of Caffeine, and they continue in the range, but for those occasions then the caffeine content simply isn't enough, you have the choice of the new Caffeine Double Espresso Gel.

“Caffeine has also been repeatedly shown by sport scientists to improve performance by providing both a physical and mental boost just when athletes need it," says SIS. "Caffeine has a direct effect on the brain by increasing alertness, improving reaction times and lowering our perception of effort for a given workload.”

The SiS GO Energy + Caffeine Double Espresso gels are priced at £1.79 each.  That’s about the same price as stopping at a coffee establishment for an actual double espresso. More at http://www.scienceinsport.com.

If you want to know a bit more about what goes in to making a proper kids bike - here's Isla Rowntree to tell you.

Sticking with newly released energy gels, MuleBar have once again shocked us all with the release of this Salted Caramel flavour gel. That's a flavour we've never come across in the cycling nutrition market. 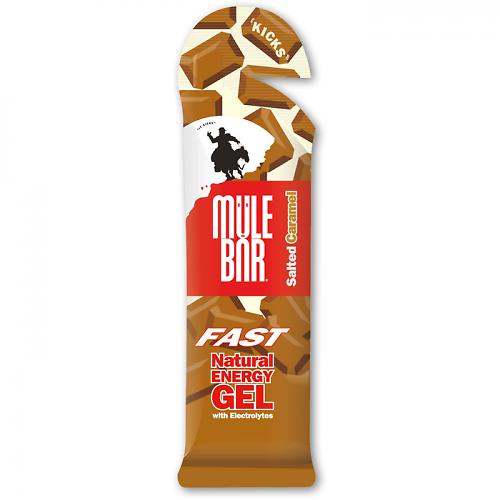 If you’re into your interesting flavours that buck the trend of typical energy gel flavours, MuleBar have a real knack for looking elsewhere for inspiration. Flavours like Cafe Cortado, Lemon Zinger, Cherry Bomb and Apple Strudel are unlike anything you can get from other energy product manufacturers, and despite what you may think of the names, actually taste really good.

This new flavour is made with all natural ingredients including organic cocoa, agave nectar and brown rice syrup. Each 37g gel provides 108 calories and 451kJ of energy, with 25g coming from carbohydrate and just 0.17g of fat.

They cost £1.60 each and are available at www.madison.co.uk

Strava continues to develop its smartphone app, the latest update allows you to see routes you’ve created and starred from your mobile phone. Any route you’ve created or shared will be shown in the Routes List so you can easily follow the marker on the screen. That’s a useful way of exploring new roads. 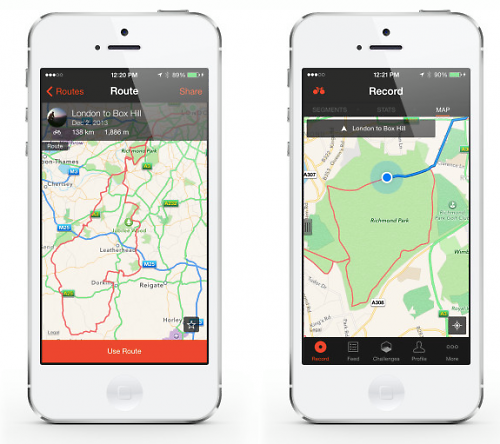 If you then decide for any reason you need to get back sooner than planned, Strava have added a “Route back to start” function that will suggest the most efficient route back to the start of your activity.

Find out more about the new routing here http://blog.strava.com/discover-a-new-route-follow-it-from-your-phone-7749/

No batteries needed for tech-laden Dubike smart bike from China

A search engine company in China, Baidu, have developed the Dubike. It’s a smart bike in the sense that it can track and record loads of metrics when you’re cycling, such as speed, cadence, heart rate etc with integrated sensors, and relays it via Bluetooth to a smartphone.

Your smartphone, because the batteries don’t last that long when you’re using loads of sensors and data, can be powered by a hub-based device that converts the kinetic energy from pedalling. So no batteries are required for any of the onboard sensors. Front and rear lights are also powered from the onboard power source. They don't give away many details of the actual hub though. Interesting technology though and one bike we'd like to take a closer look at, though it's unlikely to make it over here. So if you're ever in China, take a look if you can and report back for us please. 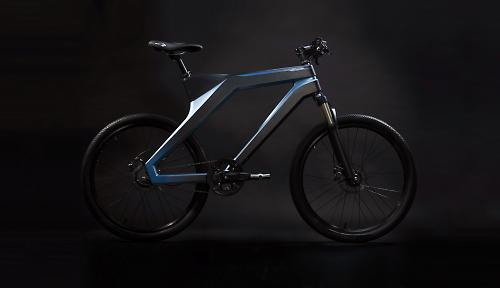 The 2015 professional race season isn’t that far away, and many new sponsorship deals are being done, and we’ve just got news of BBB Cycling partnering with FDJ to supply them with helmets for next year. BBB marketing manager Frank van Eck: “We are proud to be back on WorldTour level. FDJ, with top riders such as Thibaut Pinot (third in the 2014 Tour de France and winner of the white jersey) and Arnaud Démare (French national Champion and 15 victories in 2014), is a team that competes in all major races. And with an attractive style of riding, a style that suits BBB.”

The team will have the choice of BBB’s Icarus, Tithon and AeroTop helmets. BBB might not be the best known brand when it comes to helmets, but the range-topping Icarus is a proper smart looking helmet. It features 29 vents with a double in-mould construction, QuickDry pads and is available in two sizes.

We always like to try and get a t-shirt into Tech Roundup if we can, and we haven’t failed you this week. 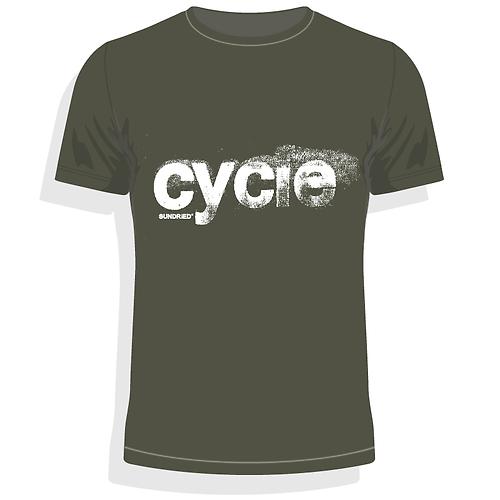 This here is the SUNDRiED t-shirt, SUNDRiED being a “lifestyle” brand founded on a beach in Peru with an eco-friendly business approach. They produce a range of t-shirts, hoodies, sunglasses and other accessories, and this is their new cycling t-shirt. Top time trialist Michael Hutchinson has been spotted wearing one, look here’s a photo of him in it. 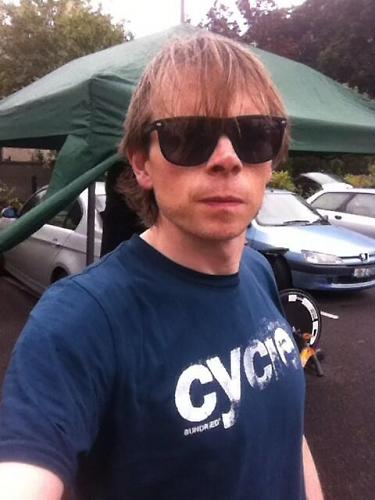