Canyon’s revamped Aeroad CF SLX aero road bike was unveiled at the Tour de France, and Katusha's Alexander Kristoff immediately clinched two stages on the new bike. We then got to ride the Aeroad, albeit very briefly, at the Eurobike show in September. And now we’ve got our grubby mitts on one of the few bikes currently available for a proper review. 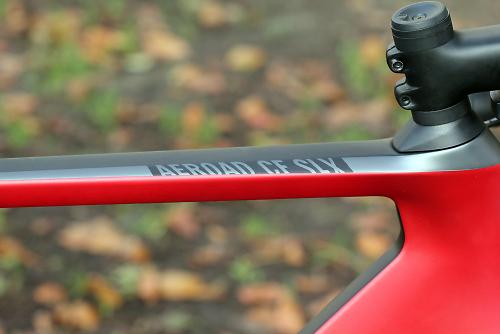 The new Aeroad is available in seven builds and we’ve got the second cheapest model, the £3,299 Aeroad CF SL 7.0 Di2. As its name suggests, it’s equipped with a Shimano Ultegra Di2 groupset and paired up with some Mavic Cosmic Carbon wheels with Mavic 23mm tyres and Canyon’s new aluminium handlebars and stem, and a carbon fibre seatpost with a Fizik Airone saddle. Weight on our scales is 7.41kg (16.33lb). 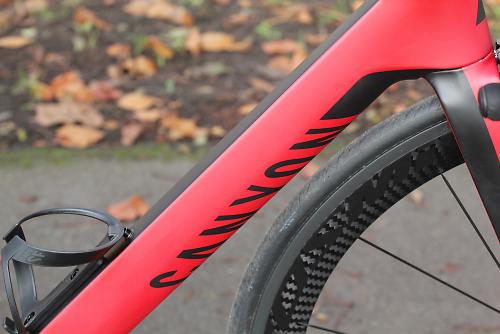 So, what’s the new Aeroad all about then? Essentially they’ve taken lessons learned in designing the stunning Speedmax time trial bike and applied them to the Aeroad, but tried to balance the demands of aerodynamic efficiency with the requirements of a race bike, so it needed to be light, stiff and reasonably comfortable too. Many aero bikes have succeeded in testing well in the wind-tunnel, but are a handful on actual roads and with a significant weight penalty. 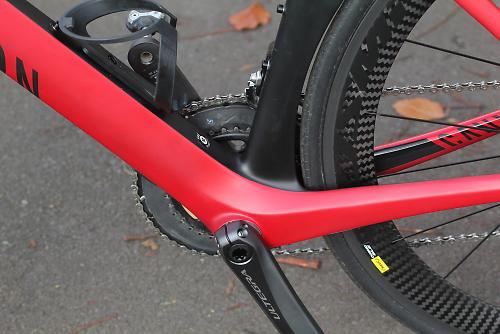 The Trident 2.0 tube profile, used for the down tube, seat tube and seatpost, is wider at the rear and shorter than the Speedmax tube profile it’s based on, to make greater aero gains at the lower speeds involved in road racing compared to time trials, and also for the great range of wind directions likely to be encountered. 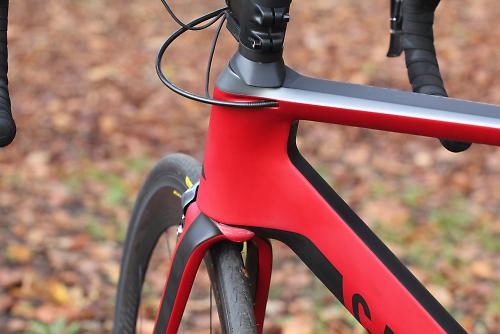 Other changes include a new tapered head tube with a 1 1/4in top bearing, borrowed directly from the Ultimate CF SLX, to provide more front-end stiffness. However, cleverly they’ve managed to reduce the width of the head tube by getting Acros, their bearing supplier, to whip up some especially narrow headset bearings. 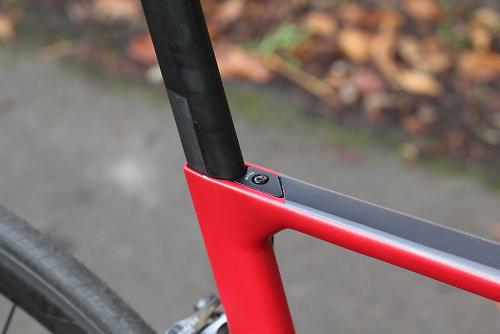 Aero frames typically carry a weight penalty, and the Aeroad does against the Ultimate, but at a claimed 960g it’s a very competitive weight. All cables are, naturally, routed internally as are the Di2 wires, with the battery concealed within the frame, not the seatpost. The seatpost clamp is integrated in the top tube and is easily accessible. 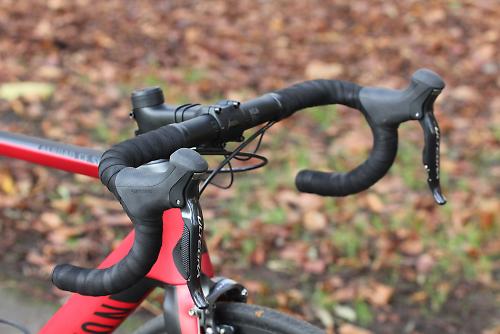 Canyon are moving away from their long-time partnership with Ritchey and are now producing their own handlebars and stems, to go with the seatposts they’ve already been offering for a few years. They showed their stunning Aerocockpit one-piece handlebar and stem at the Aeroad’s launch, but it’s not available just yet so this bike is specced with a conventional bar and stem. It’s smart, understated looking stuff. 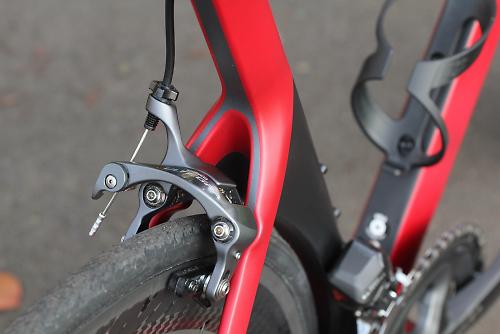 Most manufacturers seem to be going with Shimano’s new direct mount brakes and Canyon are the same, but rather than shoving the rear brake in an accessible location behind the bottom bracket, they’ve kept it on the seatstays. They told us at the official launch back in the summer that they reckon this is a more aerodynamic position for the rear brake anyway, plus as this is a race bike, it’s easier for the team mechanic to hang out of the team car window and make adjustments after a wheel change. 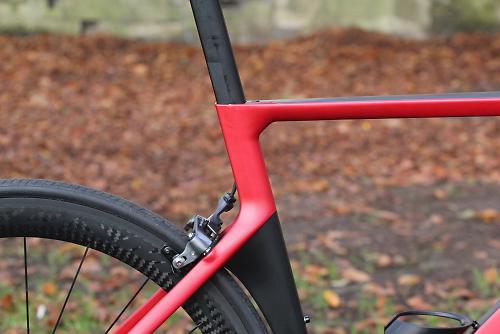 My first ride revealed good first impressions, so I’m going to rack up the miles and see how it performs on familiar routes. Aero road bikes are hugely popular at the moment with most manufacturers getting in on the act, and the Aeroad certainly looks one of the sharpest out there. It’s also a bit of a bargain compared to most other bikes, thanks to Canyon’s direct sales business model. 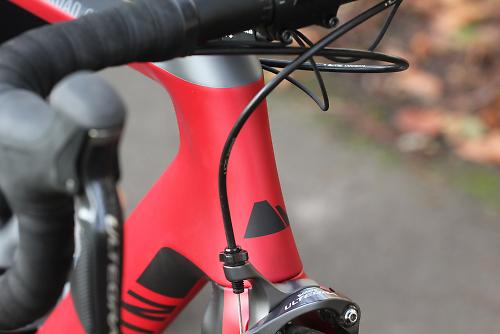 Watch out for a full review very soon.