Canyon launched the Aeroad CF SLX just before the Tour de France and it got off to a great start with Alexander Kristoff bagging two stage victories aboard the new bike. It was in hot demand at the Eurobike demo day but we managed to jump the queue and get aboard the new bike for a short but revealing ride. 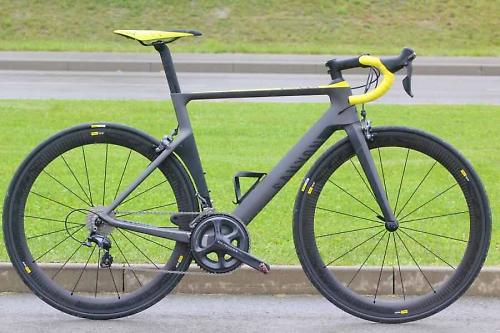 Admittedly we didn’t get to ride the bike for very long, not enough to properly evaluate the performance of the bike and really get under its skin, but we’ll get to do that once we arrange a proper test bike back home later this year. 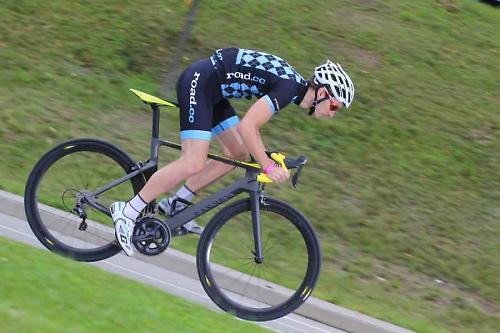 Though short, the ride up and down the glass smooth roads of Friedrichshafen did provide a taste of the sort of performance the new bike provides. Compared to the Ultimate CF SLX the new Aeroad CF SLX feels much stiffer when sprinting out of the saddle, more rapid when accelerating and more direct when steering it around the many other cyclists cluttering the roads.

Given the smoothness of the roads, I can’t really comment on whether the new bike manages to offer the same incredible comfort as the Ultimate, but it certainly didn’t bump and grind over a few speed bumps and road paint markings I pointed it over. Some aero road bikes in the past have typically sacrified comfort in the pursuit of aerodynamic performance, but the latest generation of aero road bikes offer a much great balance of comfort and aero efficiency. 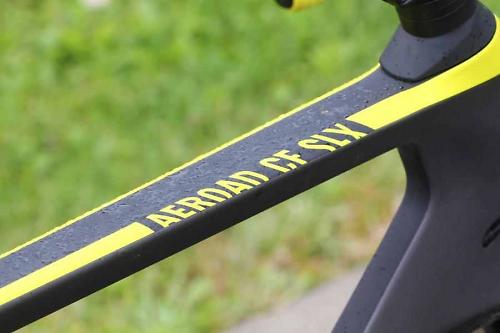 Aerodynamic road bikes are all the rage at the moment, but Canyon have had the Aeroad in their range for a good few years now. In fact it’s been a common sight in the professional peloton, particularly between the legs of Joaquim Rodríguez for the past couple of years. 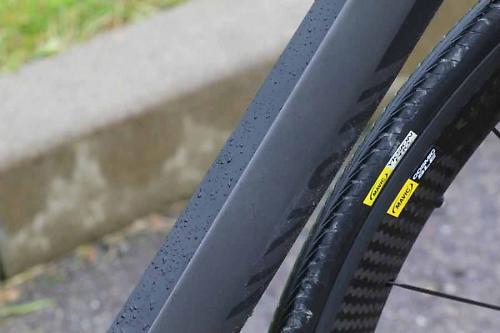 For the new bike Canyon looked to their Speedmax time trial bike and developed a new version of the Trident tube profile used on that model. This tube shape, a rounded leading edge with a chopped tail, is shorter and wider than on the Speedmax, and as such Canyon reckon it offers better aerodynamics at lower speeds and great stability in crosswinds. It’s used in the down tube, upper seat tube and seatpost. 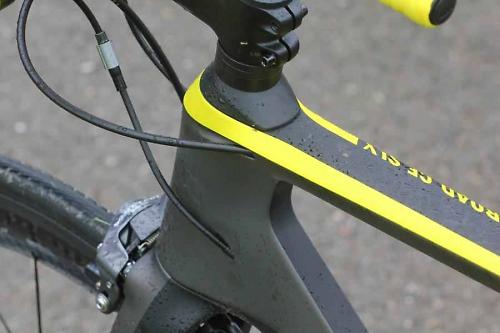 The new Aeroad is also narrower at the head tube, despite increasing the top headset bearing to 1 1/4in, the same as on the Ultimate. They managed that by asking bearing supplier Acros to make specially narrow headset bearings. This increased head tube bearing diameter is a result of the company’s desire to increase the frame stiffness, no doubt one of the requests from the pro riders. 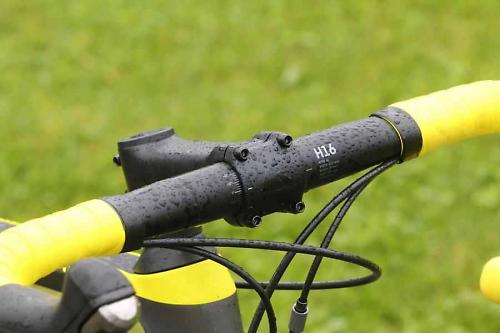 We didn’t get to ride the new Aerocockpit CF integrated handlebar that we saw at the bike’s launch in Leeds earlier this year; this bike was fitted with Canyon’s new own-brand bar and stem separates. Canyon will be offering a variety of builds. This one featured Shimano’s Ultegra mechanical groupset, with all cables routed internally. The frame is of course compatible with Shimano Di2 and Campagnolo EPS electronic shifting. We’ll have more info on models and prices after the show. 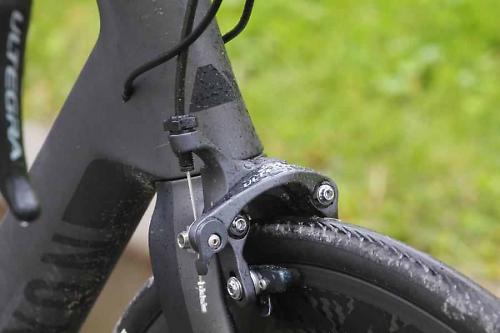 Loads of manufacturers at Eurobike are showing bikes utilising Shimano’s direct mount callipers, and they feature on the new Aeroad. Rather sensibly, Canyon have placed the brake calliper not under the chain stays as many manufacturers are doing, but in the usual seat stay location so it’s not only safer for team mechanics to fettle during a race when they’re hanging out the window of a team car, but also easier for the home mechanic to look after. 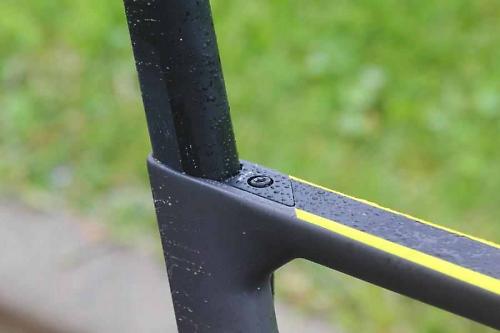 These changes all produce a frame that is both stiffer and lighter (960g) than its predecessor, claim Canyon. Based on a very limited ride, it would appear Canyon have succeeded in realising these goals: the new Aeroad is extremely quick and handling is sharp and direct.

And what do you think of the colour? There's been quite a bit of chat here about colour trends, this yellow over dark grey works pretty well don't you think?