This Celeste beauty is Italian company Bianchi’s Sempre Pro, and arrives in the office with a Campagnolo Athena 11-speed groupset, FSA Gossamer cranks and Vision wheels with a £2,300 price tag and weighing 7.93kg (17.48lb) on the scales. The Sempre Pro uses the exact same geometry as the flagship Oltre XR2, the go-to race bike for the Belkin Pro Cycling Team that the Italian company sponsors. The Sempre is race-worth itself though, having been put to good use for the last four years by Team Androni in the Pro Continental race series, so it’s clearly no slouch. There's a UCI sticker and everything on the frame. 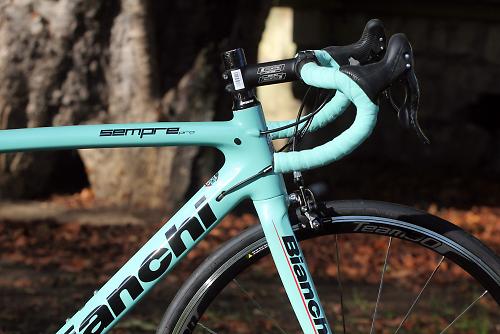 While the race worthiness of the Sempre Pro is without question, it sits in Bianchi’s B4P (Born for Performance) category under the HOC (Hors Categorie) category occupied by the Oltre XR2 and the C2C (Coast 2 Coast) of the Infinito CV, so it looks like it falls between those two extremes, with the same angles and dimensions of the Oltre XR2 so it should appeal to racers that don't have the budget for that bike, but also appeal to sportive cyclists who favour more sporty geometry in their bikes. 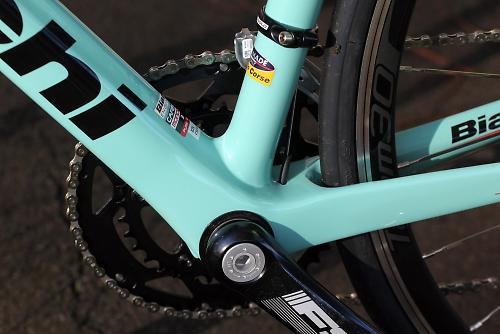 The Sempre features a full carbon fibre frame with a claimed weight, for a size 55cm, of 990g. It’s a smart looking frame, nicely proportioned tube profiles and the minimum of tube shape manipulation, a gently bowed top tube and oversized down tube the distinguishing features. All cables are internally routed. Like the Oltre XR2, there’s a 31.6mm seatpost which does seem large compared to the current trend for downsizing to a 27.2mm in an effort to impart some more comfort into the ride. 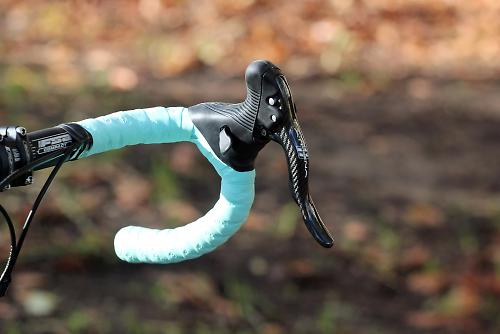 The Sempre Pro is available in four builds, starting with a £2,100 Campagnolo Veloce model and rising to this Campagnolo Athena specced bike we have in for test. It costs £2,300 and is using the latest Athena 11-speed groupset with the updated hoods. The biggest difference, which has trickled down from EPS, are the new downshift levers on the Ergopower shifters - the lever now points downwards so it's more easily accessible and simple to operate from the handlebar drops. It’s not a full Athena groupset however, there’s an FSA Gossamer 50/34 compact chainset slotted into the PressFit30 bottom bracket and the brake callipers are FSA too. FSA also supply the Vero Compact aluminium handlebar, stem and seatpost, with a San Marco saddle. 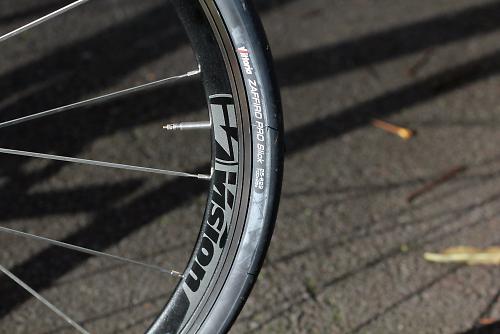 Wheels are from FSA too, though it’s their sub-brand, Vision, supplying the Team30 wheels. They’re shod with 25mm wide Vittoria Zaffiro Pro Slick tyres.   The weight on the road.cc Scales of Truth is a competitive 7.93kg (17.48lb). 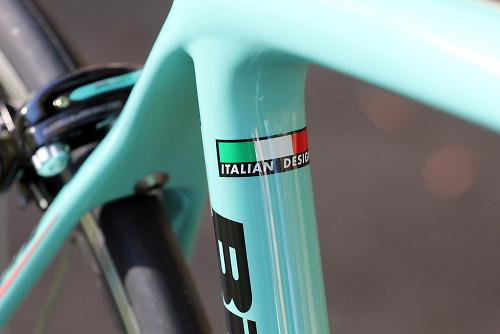 Last year the Bianchi Infinito CV claimed the road.cc Bike of the Year award, it'll be interesting to see how the Sempre Pro fares.

1
Near Miss of the Day 704: Two abreast group close passed by impatient driver who almost hits front rider
2
Highway Code changes: what is the Dutch Reach and will drivers be fined £1,000 if they don't use it?
3
Here's how to make a DIY VO2 max tester for use with Zwift and Strava for only £130
4
Highway Code changes: Daily Mail publishes "error-strewn" Richard Littlejohn column attacking cyclists
5
Near Miss of the Day 701: Speeding bus driver “very lucky” to avoid prosecution for close pass (includes swearing)
6
Stages will retrofit a power meter to your existing cranks
7
Chris Boardman heads newly-launched government body Active Travel England
8
Near Miss of the Day 702: Must Get In Front lorry driver goes wrong way round pedestrian island