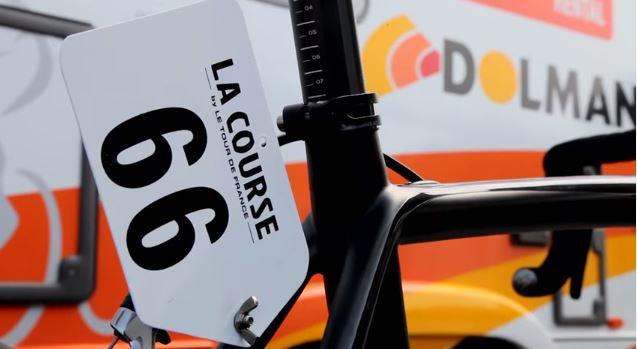 ASO looking to US for sponsor of week-long women’s Tour de France?

One-day race on Champs-Elysées in July was better received in US than Europe, says ASO president
by Simon_MacMichael

ASO, owners of the Tour de France, are reportedly looking to the United States for sponsors for a week-long women’s edition of the race, which will run alongside the men’s event.

In July, a one-day women’s race, La Course by Le Tour, was held on the same Champs-Elysées circuit where Vincenzo Nibali of Astana sealed his overall victory in the 101st Tour de France later that evening.

World champion Marianne Vos, who co-founded the group Le Tour Entier to put pressure on ASO to stage a women’s version of the race, leading to the creation of La Course, won the sprint in Paris that afternoon.

Bloomberg reports that ASO is specifically seeking a US sponsor to support a women’s stage race, because La Course received more attention from the other side of the Atlantic than it did in Europe.

Jean-Etienne Amaury, president of the family-owned company, told Bloomberg: "It would make sense" if an American country sponsored the race, adding, "there was a pretty strong audience in the United States."

He added that running a women’s race alongside the men’s one would incur extra costs due to putting signage and additional advertising banners up, and that it would also cost more to broadcast the race.

California-based bike brand Specialized sponsored this year’s first edition of La Course; here’s a video they produced of it, called One Glorious Day in Paris.