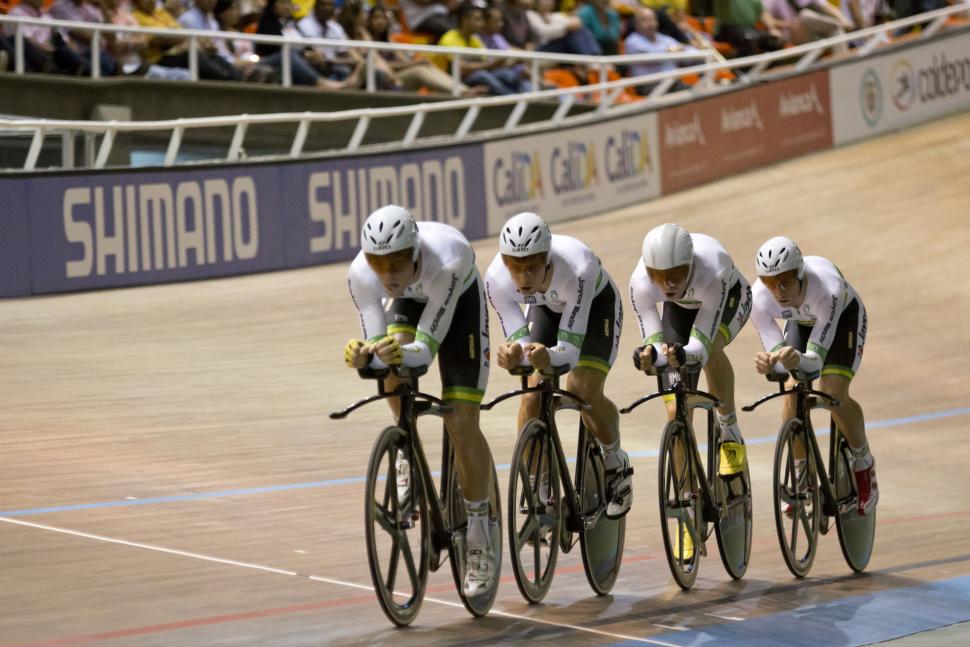 There’s more reason than ever to look forward to a new season of the Revolution Series when it gets under way in London later this month as Great Britain and Australia’s top male track cyclists go head to head, following confirmation that Orica GreenEdge will be competing in the event this autumn and winter.

They will join fellow UCI ProTeam outfit Team Sky, plus domestic teams such as Madison-Genesis, Rapha Condor JLT and NFTO in challenging for honours across the six rounds, with Manchester hosting three of them including the finale in March and London two, and the other being held in Glasgow.

Riders who will appear for Orica GreenEdge during the series include new signing, British rider Adam Blythe, plus three of the four men who won Commonwealth Gold in the team pursuit in Glasgow – Alex Edmondson, Glenn O’Shea and Jack Bobridge.

The latter also won the individual pursuit in Glasgow, an event in which he is the current world record holder, setting a time of 4:10.534 in 2011 to eclipse the previous best time, which belonged to Chris Boardman. Edmondson is the reigning world champion in the event.

The team will be collaborating during the season with the Australian National Track Squad throughout the season, and the opening round at the Lee Valley Velodrome on 24 and 25 October will feature Edmondson, who also helped Australia win the rainbow jersey in the team pursuit in Cali this year.

He will be joined there for Orica GreenEdge by Dutch rider Jens Mouris, who has won national and European titles on the track as well as world championship medals.

Orica GreenEdge sports director Matt White said: “We are really excited to be taking part in the Revolution Series this year.

“The format looks really exciting and provides an opportunity for us to link up with the Australian National squad on the track.

“We have a solid team but we are up against the best British riders so will expect to see plenty of exciting racing.”

James Pope, managing director of Revolution Series organisers FACE Partnership, added: “It’s great to be able to bring the leading Australian track riders together with Orica GreenEdge, it will add an exciting new dimension to Revolution as they challenge their rivals on the road; Team Sky.

“It is going to be an action packed Series and we can’t wait to get started.”

You can buy tickets for the opening round of the 2014/15 Revolution Series through its website, with prices starting at £15.