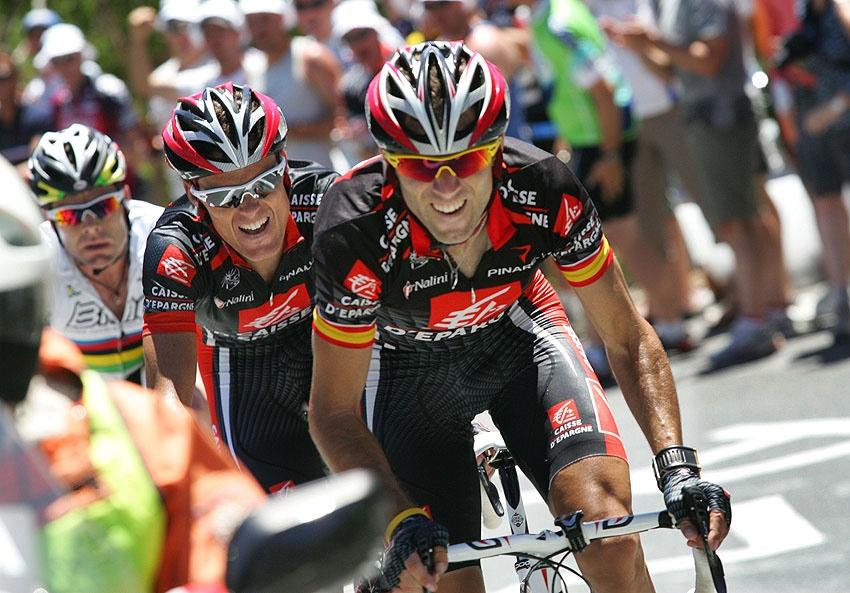 Caisse d’Epargne has announced that it will not be renewing sponsorship of the ProTour team that bears its name, whose riders include Vuelta winner Alejandro Valverde and France’s Christophe Moreau, when it expires at the end of this year. Instead, it is switching its backing to the French Olympic team.

The news comes just a fortnight after Denmark’s Saxo Bank revealed that it had decided to terminate its sponsorship of the team run by Bjarne Riis a year early at the end of the current season since it felt its marketing budget could be better deployed elsewhere to help it reach its narrow target audience.

German dairy company Nordmilch also said earlier this month that it would not be renewing its sponsorship of the Milram team at the end of 2010, meaning that there are now three ProTour teams that will be looking for a new sponsor for 2011 and beyond.

Worryingly for Milram and Caisse d’Epargne in particular, where German and Spanish companies were once prominent in their sponsorship of top-flight professional cycling teams, the supply of willing backers from those companies appears to have dried up in recent years as a result of the doping scandals that have engulfed the sport.

He added; “It’s down to a management decision on the company’s part, and because Olympian values seem to us to be well matched to the values of Caisse d’Epargne.”

The Caisse d’Epargne team, which is based in the outskirts of Pamplona, traces its heritage back to the Reynolds outfit of the 1980s with which Pedro Delgado twice won the Tour de France. In 1990, Banesto took over sponsorship, the great Miguel Indurain winning the Tour de France five times in a row in its colours between 1991 and 1995, and the Giro d’Italia twice during the same period, with compatriot Abraham Olano subsequently taking the overall victory in the Vuelta in 1998.

Caisse d’Epargne started its backing of the team as co-sponsor in 2005, becoming title sponsor the following year, when its rider Oscar Pereiro won the Tour de France by default after being promoted to first place following the disqualification of Floyd Landis, with the outfit also taking the young rider classification through Valverde.

The latter is currently appealing to the Court of Arbitration for Sport a decision of CONI, the Italian Olympic Committee, to ban him from competing in that country after a blood sample taken from the Spanish rider when the Tour de France visited Italy in 2008 was found to be a DNA match for that contained in code-named bags seized as part of Operacion Puerto.

It is not known whether Caisse d’Epargne’s decision not to renew its sponsorship has been influenced by negative publicity generated as a result of Valverde’s alleged links to the anti-doping operation.

On Friday, the Saturday, the team claimed its first win of the 2010 season in Stage 5 of the Tour Down Under, when Valverde helped team-mate Leon Luis Sanchez overhaul World Champion Cadel Evans on the day’s final climb.