Zwift yesterday announced the launch of its indoor cycling system that allows you to ride online against other users around the world. The new Zwift videogame software was revealed at events held simultaneously at Rapha Cycle Clubs in London, New York and San Francisco. 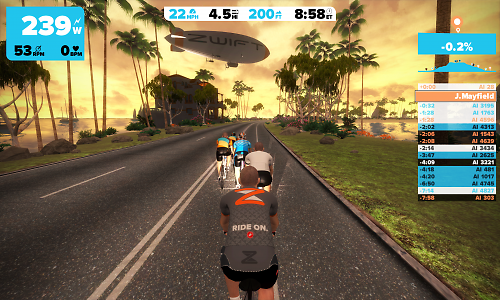 Zwift describe their system as “hardware agnostic” in that it works to a wide range of devices. The minimum you’ll need is a turbo trainer, an ANT+ cadence/speed sensor, and ANT+ dongle although Zwift say that an electronically controlled trainer can give you enhanced experience.

Zwift can use this data to calculate power and convert this information, including variables such as rider weight and terrain, into speed in the virtual environment. It works with a power meter too for even more accurate data. They have a smartphone app so you can get all of that data on your handlebar. 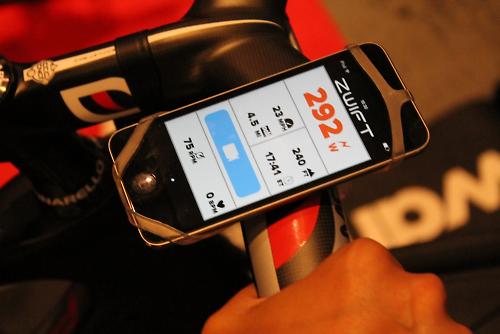 “Anyone who’s ever ridden a trainer has probably thought about how much better the experience could be. We started Zwift because we’re busy people and many days we don’t have enough time to ride outdoors,” said Zwift co-Founder Eric Min.

“The goal with Zwift is to improve the indoor cycling experience by making it entertaining, motivational, accessible and social. We call this “fitness entertainment”. Zwift allows anyone, anywhere with a trainer to ride with their friends. We believe that will get anyone to ride more often and to actually enjoy their time riding indoors.

"For the more competitive minded people, subscribing to Zwift could be the best training investment they can make. We also love riding outdoors but it’s not always convenient. Zwift is meant to complement the outdoor riding.” Zwift is the first company to combine indoor training with the social and competitive element of Strava into a multi-player platform. You can follow your own workout plans, handy if you're on a training plan, or ride with others in a virtual world, getting as competitive as you want or simply taking it easy and riding along in a bunch.

Zwift will also offer the potential to enter virtual versions of real events, races and gran fondos. Imagine being able to race a bunch of friends over the cobbles of Paris-Roubaix, or take on Alpe d'Huez with best friends without leaving your house?

I gave it a go yesterday evening in Rapha's London Cycling Cafe, in a pair of jeans and desert boots, thinking I'd just take it easy and see how it worked. I stuck to my plan for about 5 seconds... then someone overtook me and my competitive instincts kicked in. I spent the next 10 minutes working up a serious sweat as I duked it out against other riders. 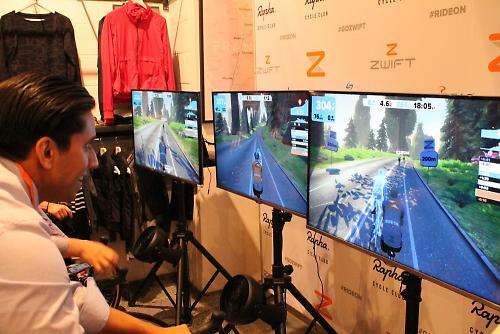 That's what it's all about, really. It brings out the competitive side of you and you end up working much harder than you might otherwise. It makes it much more challenging and a lot more fun because, let's face it, turbo training on your own isn't usually a whole lot of fun 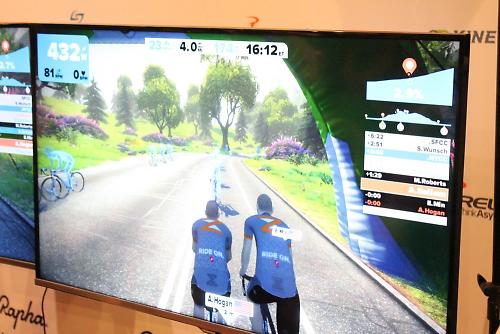 When is it available and how much will it cost?

Zwift’s public Beta is initially open to several hundred people and the company expects to launch fully to the general public in early 2015. It will cost $10 a month.

Check it out at www.zwift.com