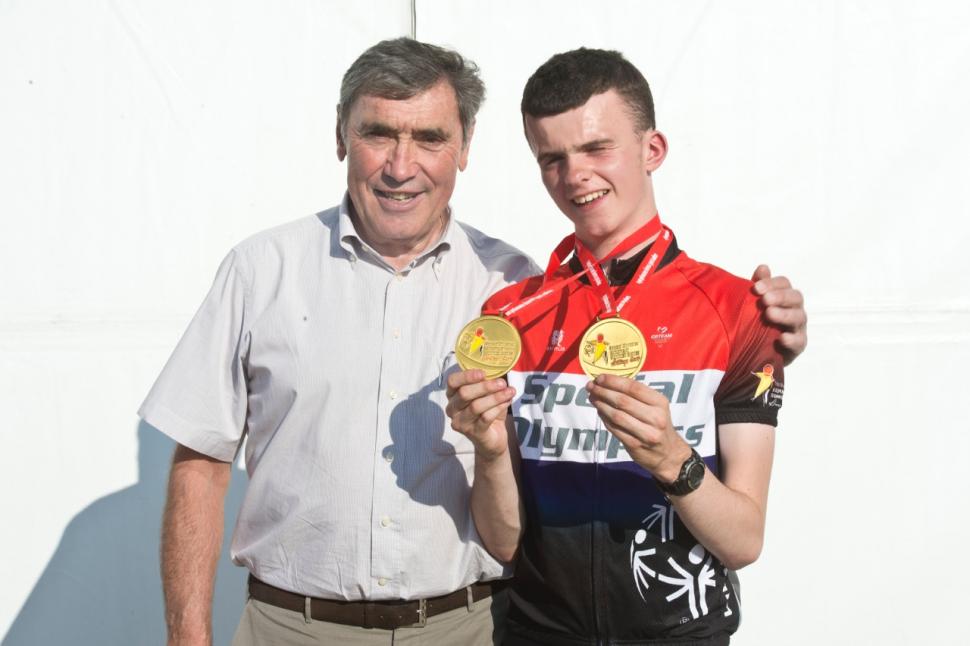 A 16 year old from Scotland has won three medals  - one gold - at the Special Olympics - despite almost missing out on the competition for being too young.

Ruairidh Brown, a schoolboy from East Kilbride, turned sixteen - the qualifying age -  just days before the opening ceremony. Ruairidh, who has Dyspraxia, a movement impairment tat can also affect language, perception and thought, fought alongside 49 other athletes from Great Britain, taking part in the 15km road race, 10km TT and 25km road race. 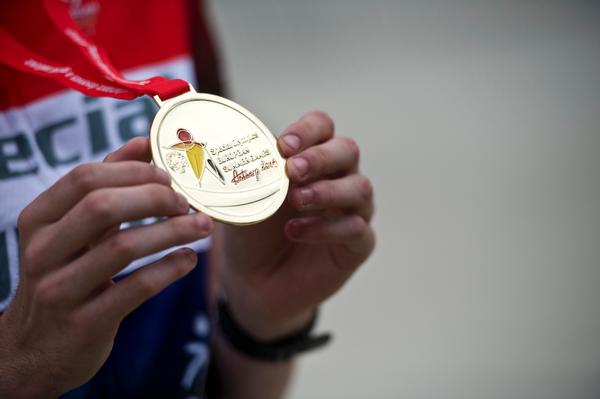 The target was to perform well in the road races, as time trailing isn't Ruairidh's favourite discipline.  In the 15km road race, a leading group formed after a lap of the circuit, with a few riders breaking away - Ruairidh amongst them - with 5km to go.  Late in the race, Ruairidh launched his attack, to which his Belgian rival couldn't respond and sprinted across the finish line to win gold.

The 10km TT went better than anticipated, with Ruairidh once again on he the podium receiving a bronze medal.  The final 25km road race was held the same day as the 10km TT, and Ruairidh felt his efforts as he tried to go with eventual winner, Russian rider Igor Moiseev in a 2 man breakaway.  Realising that he was going to struggle to hold the pace, Ruairidh dropped back to the bunch and worked hard to keep the pace, unfortunately missing the move when Dutch rider Kevin Wester rode off the front in a solo attack. 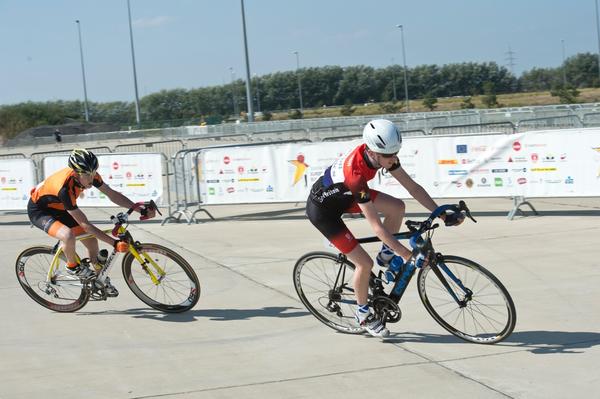 Knowing he still had a good sprint, Ruairidh stayed with the bunch and launched his attach with a few hundred metres to go, sprinting to bronze.  Daniel James Weston of Great Britain came in 6th.  Eddy Merckx presented Ruairidh's two bronze medals.

Ruairidh competes in Scotland at youth level with Glasgow Riderz, and particularly struggles with race strategy due to his dyspraxia.  He has received financial support from the East Kilbride Community Trust, Glasgow Life and equipment support Glasgow bike shop, Billy Bilsland Cycles. Ruairidh's father, Graeme makes the point that the Special Olympics are not recognised by UK Sport, therefore funding is left to the athletes themselves, which would be made much more difficult without the support they receive from local charities and business.

The next competition for Ruairidh is the Special Olympics World Games in Los Angeles.

1
"Unacceptably gross": Peloton cyclist's complaint over relative leaving bike in a sweaty mess goes viral
2
road.cc Recommends gets refreshed with 14 brilliant products
3
You can be the first to own the new Colnago Prototipo… but it’ll cost you – plus more tech news from SRAM, Pirelli, Brompton, Apidura and more
4
Road rage motorist who drove with cyclist on bonnet avoids jail
5
USA Cycling accused of "transphobia" after individual pursuit medallist stripped of national championships medal
6
What’s the best bike for tackling the Transcontinental Race across Europe? Take a look at the leaders’ continent crushing machines
7
Transcontinental top 10 contender forced to scratch after e-scooter collision cracks his frame
8
Driver who killed two cyclists during charity ride “didn’t understand severity” of incident, says prosecutor