Campagnolo redesigned its Bora carbon fibre wheels last year, making the rim wider and introducing a new 35mm option alongside the regular 50mm version. Both were only offered in a tubular version, but now the Italian company has added a clincher version of both Bora 35 and 50mm wheels for 2015.

“While most will recognise the tubular wheels as the go-to choice for top professional riders, the fact remains that tubular tires are less practical than clinchers for those of us not fortunate enough to have a support car with spare wheels following behind,” says Campagnolo. 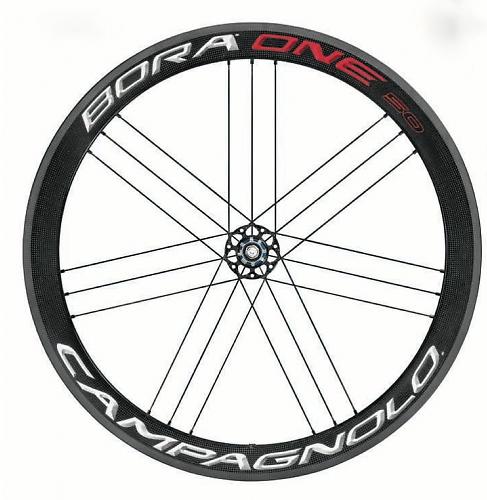 We couldn’t agree more. Clincher wheels might carry a small weight penalty, but are far more practical and easy to set up in the first place.

The new clincher Bora 35 and 50mm rims feature the same 24mm wide rim as first introduced on the tubular versions last year. Tyres, and rims, are gradually going wider both in the pro peloton and in the amateur ranks. Wider tyres offer more bump absorption, less rolling resistance and more traction. The wider rim allows wider tyres to be used with the wider rim providing a better platform for wider tyres while avoiding the ‘light bulb’ effect.

The clincher wheels also get the same 3Diamant brake surface treatment, a process that removes more of the resin from the rim so the brake blocks are contacting the carbon fibre. 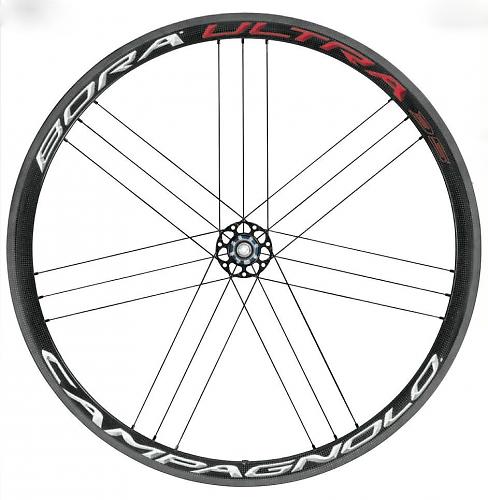 Both the 35 and 50mm wheelsets will be available with Bora Ultra and Bora One versions, which use the same hubs but ceramic bearings in the Ultra.

Here are the weights for the different wheelsets:

For comparison, the Bora Ultra 50 tubular version weighs a claimed 1,267g, so you’re looking at an extra 168g for the clincher version.

No UK prices have been confirmed yet. We’ll update this article as soon as we know. More at www.campagnolo.com