Grabbing most attention on Lightweight’s stand at Eurobike recently was the e-bike concept bike that Dave had a look at, but tucked away behind the crowds was a disc brake wheelset and new Smart Wheel with heat sensor technology incorporated into the rim. 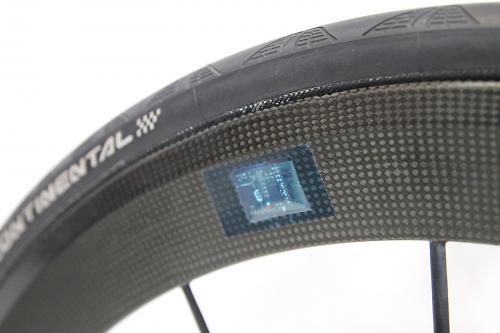 The Smart Wheel is equipped with pressure and temperature sensors incorporated into the rim. The project started out with the goal of measuring the rim and tyre temperature during braking, with circuit boards zip tied to the spokes, but eventually they miniaturised the equipment enough to conceal it neatly inside the rim cavity.

So what is the aim? Simply put, the internal sensors can measure the temperature of the rim at the braking surface and the tyre pressure. The sensors then sent that data to a smartphone app via ANT+, providing you with real-time status updates on your wheels. 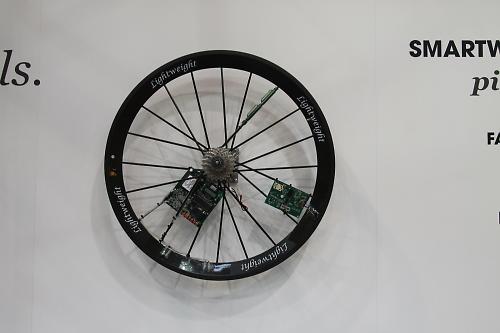 Now it should be pointed out this is still purely a concept wheel, it was developed to help Lightweight analyse the braking performance of their latest wheelsets and the differences in the braking surfaces. So there are no immediate plans to bring the Smart Wheel to market, but if they did, Lightweight reckon it would add about $900 to the price of a Lightweight wheelset. So not cheap then. 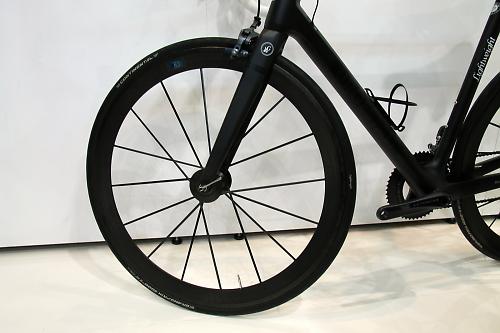 Heat buildup is a concern with carbon fibre rims, especially descending in the mountains, so this sort of technology could at least warn you when the rims are getting too hot. But even taking a step forward, there are motor cars with tyre pressure sensors so who knows this sort of technology couldn’t one day be a feature on bicycles, maybe well suited to urban and city commuting bikes? A little closer to reality is the their new disc-specific wheelset. It’s still at prototype stage, it’s even stickered as such, but it looks a pretty finished product to our eyes. It looks like the company are plumping for Shimano’s Centerlock disc mounting system, instead of the more common six bolt standard. We’ve seen quite a few companies also offering Centerlock compatible hubs so finally we’re starting to see a but more choice, and it’s an important one as Shimano do produce their new IceTech rotors in anything but a Centerlock version.

No word on pricing or availability at the moment.